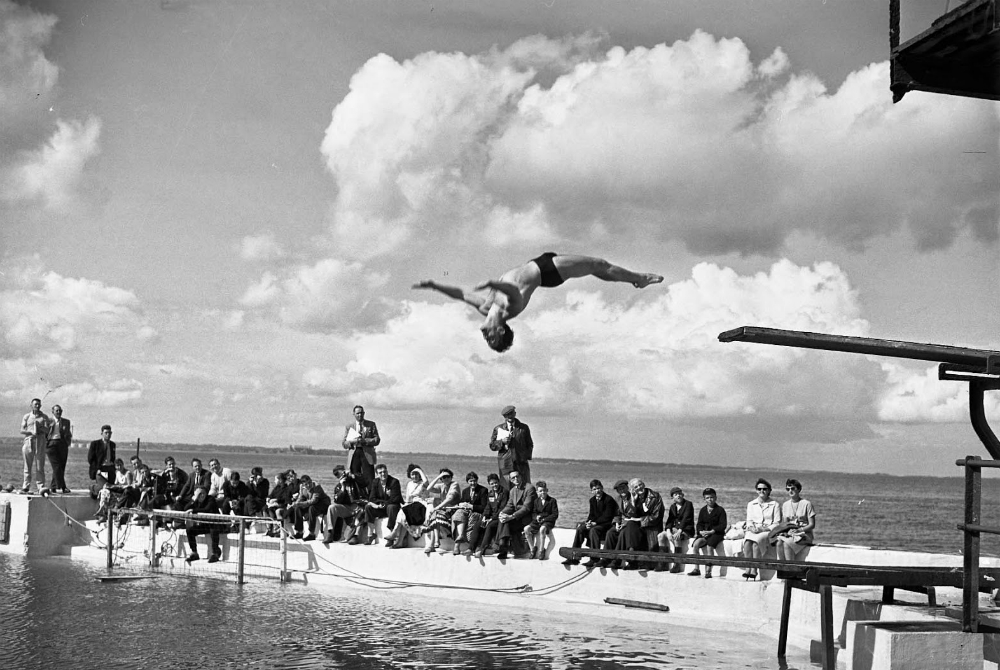 The quite epic baths and three-tiered diving board at Blackrock on the city’s southside have been out of use since the mid 1980s and saw their final swimming season in the summer of 1986. The structure, both eerie and nostalgic remained on site, however, until it was demolished by the council in 2012. In the intervening decades between closure and dismantling, the ruin provided a kind of spectral account of what life along the coast once had to offer.

Mark Wickham, a designer and illustrator recalls that, “I was working in Blackrock and I used to pass it daily and it was fairly dilapidated and blocked up and cordoned off. It was a late spring morning when I went in to the actual building itself where the changing rooms were and it was the complete opposite to what you expected to find; it was unbelievably bright and light filled. The stalls are arranged as in a theatre and the risers on the steps are made of glass so there was light going in to the changing rooms and underneath all of the steps and underneath all of the seating all of the way across. It was a tidal swimming pool where the tide would come in and they would open up a sluice and change the water at high tide. Even in the state that it was in, you could really get a sense of what it would have been like when it was working; there was a lovely atmosphere.”

The coastline was once replete with such structures, built in and around the 1830s when the associated health benefits of swimming in the cold sea were being investigated en masse by freezing bathers. Blackrock’s original structure was replaced in 1887 by two pools, a men’s and a ladies’ and a surrounding promenade designed by William-Kay Parry. A further upgrade in 1928 allowed for the accommodation of up to 1150 spectators facing both the diving, sequenced swimmers and games of polo, but also looking out to Howth and the Irish Sea. Like visual reminders dotted along the coast, “there’s one near our house in Sandymount that would have had a wooden walkway going out to it that just disintegrated and would have been dismantled when it became derelict. You could have accessed that at high tide and gone out – so walked over the shallow water and gone in to the pool out there.”

Their presence on the landscape is bitter-sweet, however, and their dilapidated beauty points to “potential in them for contemporary use”. Mark recounts a time spent in the Danish city of Aarhus and the Viking Swimming Club, a year round sea swimming and sauna club that he frequented even in the depths of winter: “You pay a membership for the year and you can go in whenever you want and you tidy up after yourself and everyone maintains the place. There’s very basic amenities; there’s a little room where there’s kettles and an outdoor changing room by the sea which would be kind of a similar idea to the Blackrock one – you go down steps in to the sea and it’s just really a shelter from the rain if you needed it and so you go in to the water and then you go in to the saunas and then you just repeat the process. 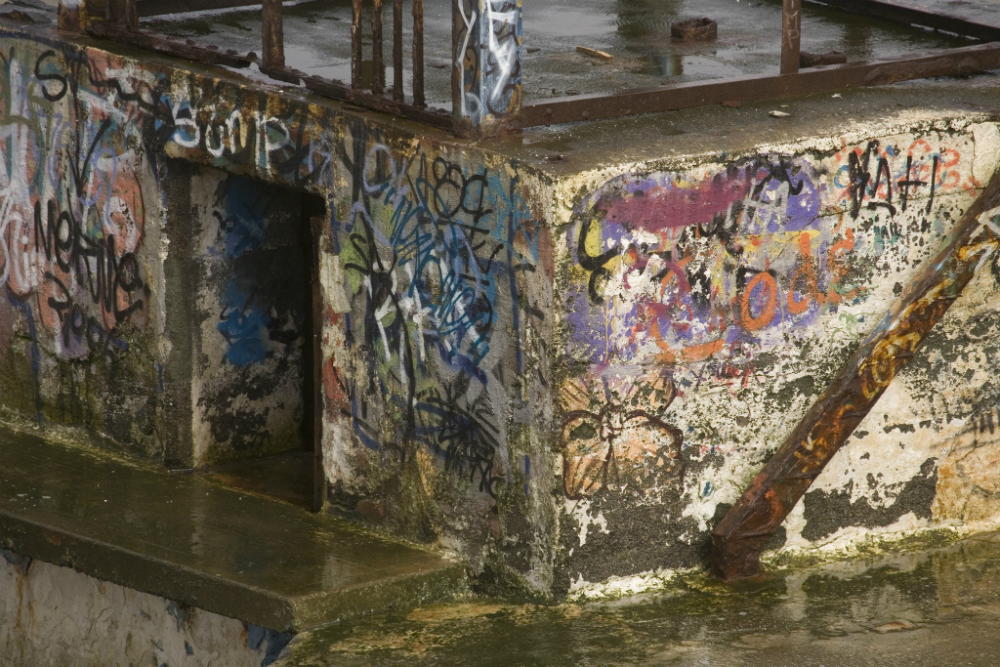 “It’s so considered and it’s been like that for 100 years. The sauna and the steps, they’re kind of the most simple missing piece to the ones in Ireland. If it’s freezing cold and raining, you’re not going to go for a swim, but if there’s a sauna there you’re going to go because obviously it doesn’t make a difference if it’s freezing cold and raining. In Aarhus they go swimming all year round and there’ll often be icebergs and frozen water floating around in the jetty and they’ll still be lashing in to the cold water and then up in to the sauna.”

“It’s a shame about all of the ones that disintegrated along the coast because a couple of small things could have kept them going, though maybe not in Dublin Bay where the water is pretty manky”.

The Blackrock Baths were eventually condemned by Dublin City Council when the rust and and cracks in the structure were deemed unsafe and the prospect of blocking entry seemed impossible. They’re gone now, committed to memory for those of us lucky to have seen them. But if Mark wins the lottery a sauna and public bath by the sea would be top of his list.