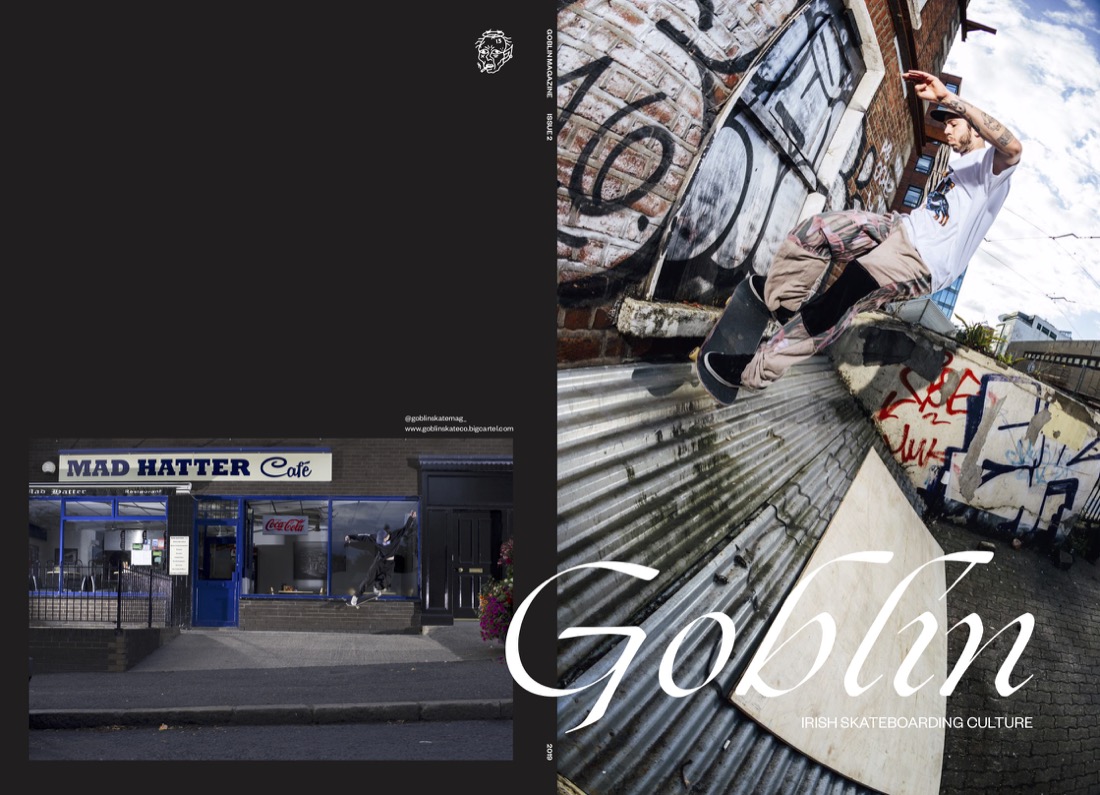 Where did the idea of Goblin come from? What inspired it?

The idea of Goblin came from The Wizard Ireland’s first skateboard magazine that was released over ten years ago. Unfortunately, it only lasted one issue due to the recession. Obviously the trend in the last few years has been a move away from print to digital media, but magazines are still a massive part of skateboarding culture. Most skateboarders and skate photographers aim to get their work in print. Truthfully the inspiration for me comes from my own battles with mental health as I found skateboarding was my answer to a lot of internal struggles that I dealt with for years. Being active and keeping busy is a massive part of staying healthy, mentally and physically. I thought Goblin might be able to motivate people to become active in the scene and take photos, submit artwork or express their views and stories, all the while documenting Irish skateboarding at a certain point in time.

What are the greatest challenges in bringing out a publication in print? Any unexpected occurrences so far?

Most of the unexpected occurrences have been positive thankfully. Printing costs are high and so far we’ve been independent of advertising outside of our friends brands. On the first issue I put forward the money anticipating a loss but accepting that it would be worth it if it would help the scene, hopefully we could break even. Within six weeks we had sold out the 500 copies we got printed and had a stellar night in the MART gallery with over 400 people. 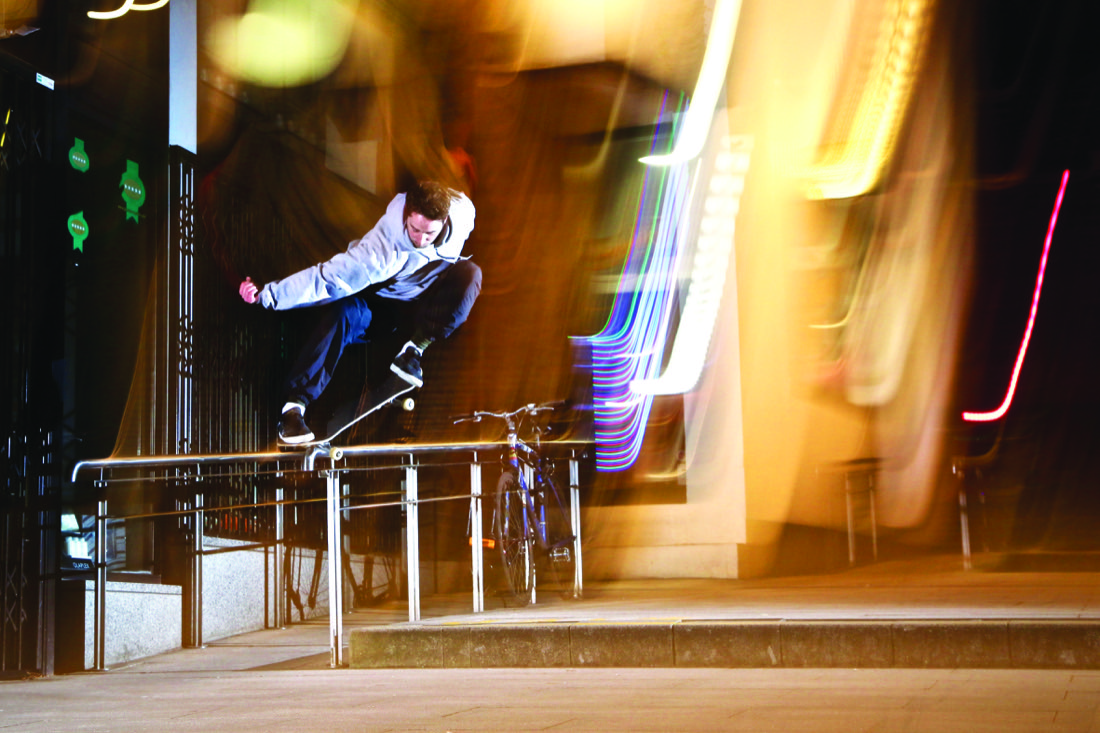 It appears people truly value print, also it gives us a chance to bring the whole scene together under one roof for the launch, and they can take home with them a piece of the night as a memory.

How healthy is the skate scene in Dublin at the moment? What is it missing?

In 13 years of skateboarding in Dublin I don’t think I’ve ever seen it so healthy. We’ve released two successful issues of Goblin and sold out the Sugar Club for our premiere of Afterlife, a full length skateboard video shot across the entire country during 2019. Weaver park on Cork Street has been a massive success highlighting how skateboarding can work in harmony with public space within the city. 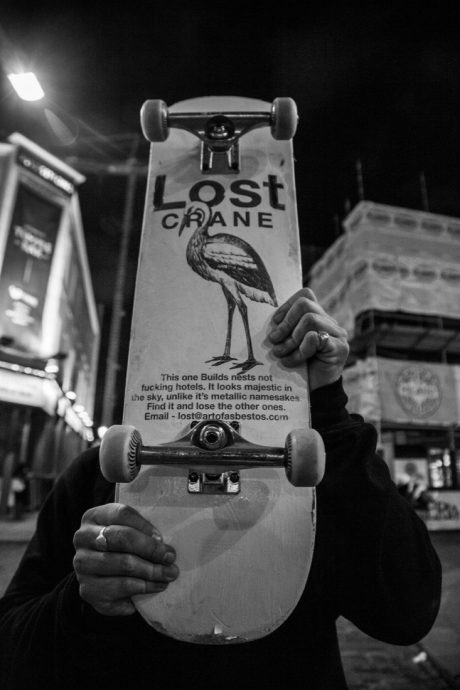 High Rollers recent move to 65 Aungier Street is a huge leap for the scene and there’s no shortage of skateboarders. Brands such as Beach, Sleep, Nah and Killing Time are actively releasing boards and clothes. At our second issue launch in Hen’s Teeth we showcased several videos, one from the younger generation of kids in their early to mid teens which was of a really high quality and received a good reaction. Unfortunately we still lack any indoor park, the nearest one being located in Gorey.

Skateboarding is often seen and portrayed as a larger male-dominated space. Is this changing and if so, who is emerging?

The last couple of years I’ve seen a change in culture towards skateboarding overall. Dublin was a very hostile place to bring a skateboard around for many years, It was usually a cause for contention with the general public. This type of negativity can turn people away from putting themselves at risk of falling and being embarrassed in public. Thankfully, the city has become a lot more laid back and its normal to see a skateboard passing you by now. I see at least half a dozen women skating in Portobello weekly. I have a lot of praise for Chloe Christie, she’s done a lot for women skateboarding in Ireland by encouraging more women to go skating and stick to it. Thankfully skateboarding is very open minded, and your personality is as important off the board as it is on it.

How closely linked is the state of the scene to culture in general? Is dereliction almost more conducive in terms of available space?

Most skateboarders tend to have some other outlet, be it art, music, videography or photography. It’s very ingrained within the rest of the city, you’ll often run into other skateboarders at launches or events. Dublin is a small city and Goblin has given skateboarding a vocal point to the artistic community. We’ve been involved in events with the cultural solstice who have brought together the likes of Dublin Digital Radio and Give Us The Night along with a host of individual artists. Hen’s Teeth were kind enough to offer us their venue for free for our launch. 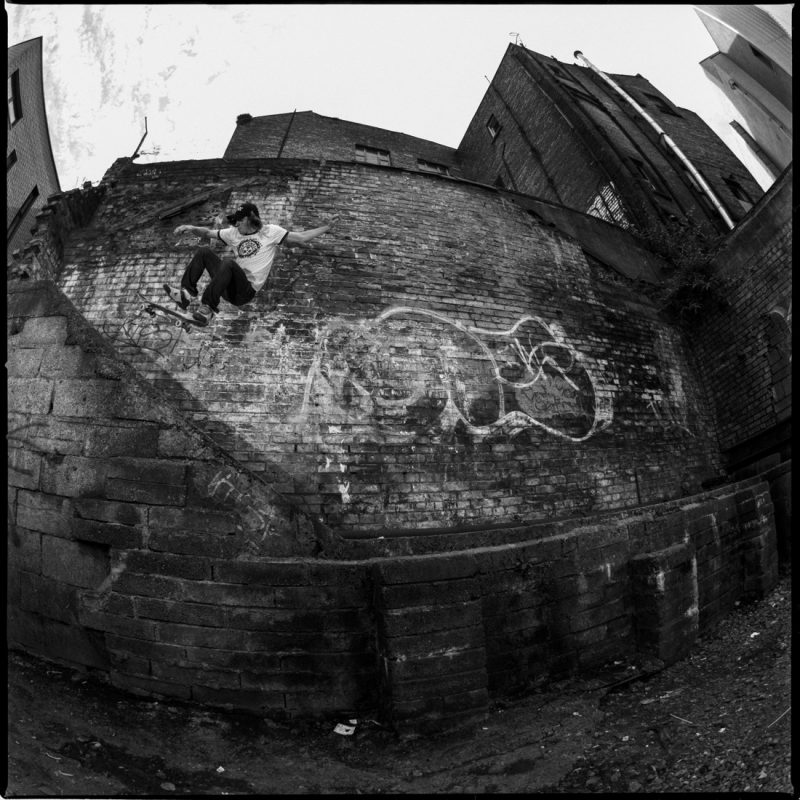 The great thing about Dublin is people help each other out, especially when everything around them seems to be falling apart. I don’t think the authorities have realised how badly impacted culture will be from the redevelopment around the city. The most worrying part is that the council appear powerless. The Bernard Shaw and Tivoli were both rejected in their planning applications only to have An Bord Pleanala over turn their decision. If our publicly elected representatives have no say over how the city is shaped, then how can we? Skateboarding tends to thrive in either economic cycles. During downturns it allows many existing buildings to be skated once they are no longer guarder 24/7 by security. During the boom years there are always new spots being built with new possibilities.

Are there any meet-ups which the public can check out like Kings of Concrete?

Unfortunately not, most events tend to be DIY events, best way to check them out is to stay tuned to our instagram page @goblinskatemag_ . Throughout the year there are events that spring up like Highrollers Jams, Go Skate Day or Can Bonanza, the latter being as exciting and alcohol fuelled as it sounds.

Best skate spots in the city? Where does the scene congregate around outside parks? 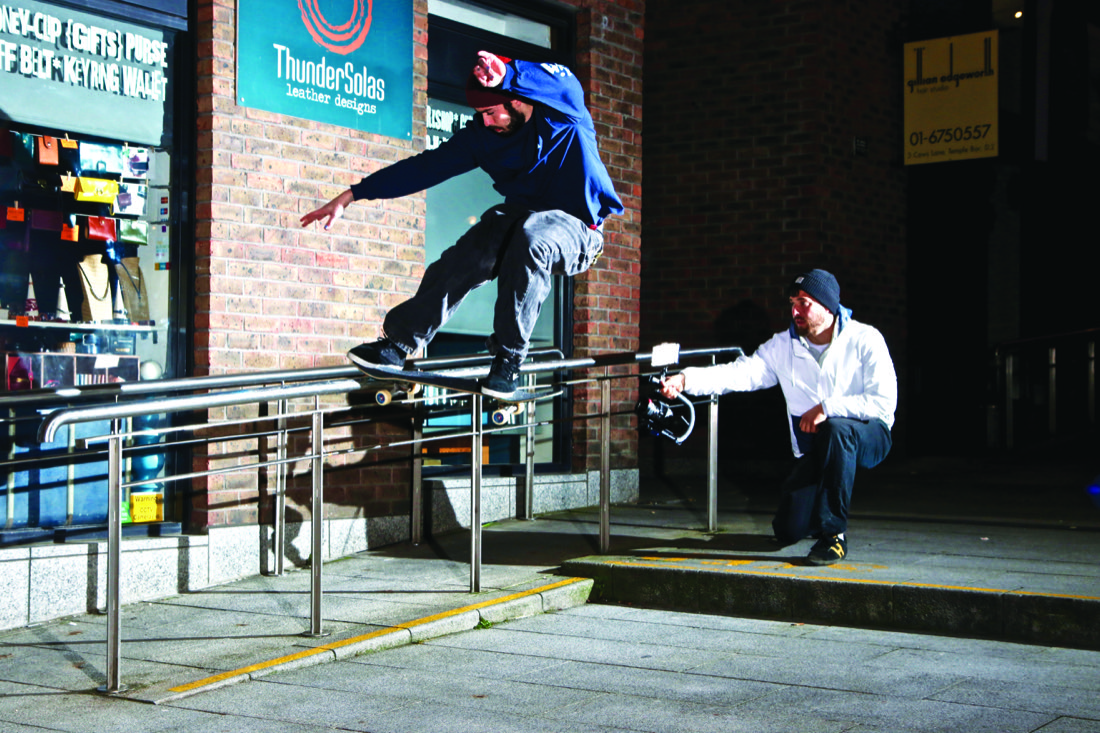 Portobello is the go to spot. Unfortunately like most of the city it is under threat by a hotel. Cork Street has proved to be a success with its plaza style layout and inclusion of a bowl in the city. Atmosphere is a big part to play in where you skate, you don’t want to be somewhere grey and derelict for too long. Portobello provides a good atmosphere to be, right by the canal and close to good bars and food spots. Grand Canal Dock has plenty of good spots to skate, but it lacks any real buzz to it, once 6pm comes around it becomes a ghost town.

Who are your skate idols?

They mainly stem from home. People I’ve grown up around and been lucky enough to spend time with. Colin Farmer was instrumental in getting Weaver Park built, helping me start the magazine and always being a person I could ask for advice. Al Collins has always been my favourite skateboarder, a powerhouse on the board and role model off it, he’s skated the length of the country for charity in aid of Muscular Dystrophy. In recent years Naoise McCarthy, owner of High Rollers skate shop, has become the most important person in Irish skateboarding for me. A great role model to the younger guys coming up, he’s an example of hard work & dedication. It takes a lot of effort to make a skate shop work, long hours and low return, but he’s gone from strength to strength and I think his new shop on Aungier Street is a massive achievement for him and for the rest of the scene. We now have one of the most sought after shops in the city, run by a skateboarder.

Who is ruling the scene here at the moment?

Any burning ambitions you’d like to achieve via Goblin this year?

Planning our next moves, ideally we would like to work with the council and create something along the lines of Kings of Concrete once more. 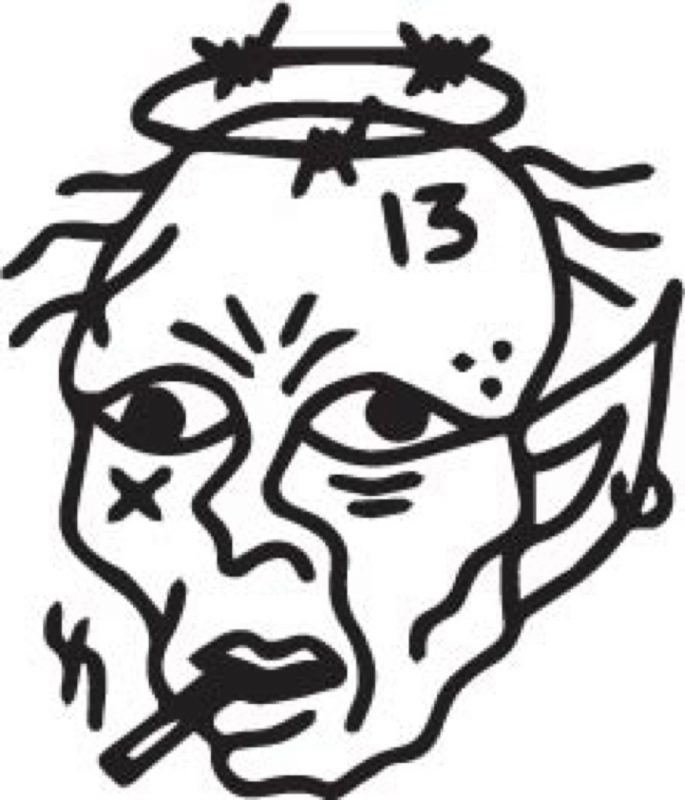 We’ve had success in reaching people from outside skateboarding, informing them and showcasing some of the work that goes into it across the country, but it would be great to have a large scale event in the city once more including all the different aspects of skate culture. If that doesn’t transpire soon we will still be bringing events this year so stay tuned!