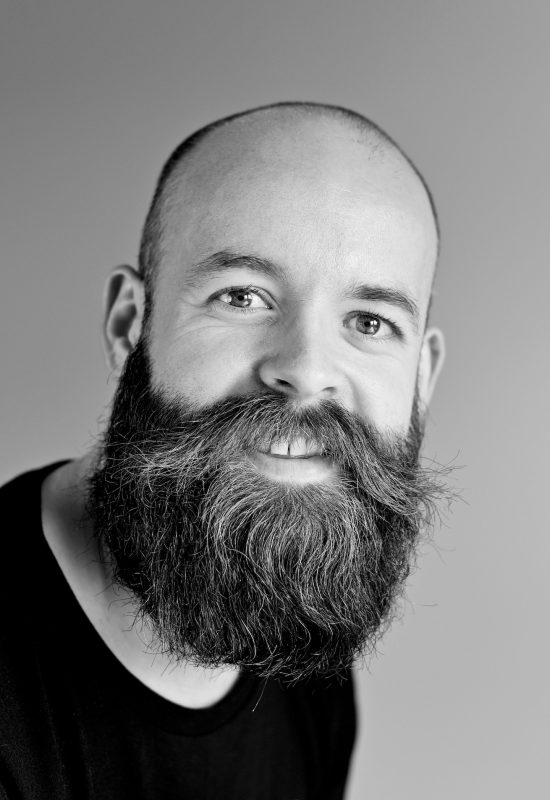 Brian Mcfadden of Westlife is one of a number of famous Dublin exports. Shooting to fame in the nineties, Brian left Westlife in 2004 to pursue a solo career.

But Brian never strayed far from the public gaze. And he has had his share of stress. Brian was once married to Kerry Katona and has two children with her.  Kerry has had her fair share of problems, so most people would agree that Kerry being the mother to two of your kids would be super stressful. If you know what I mean! Divorce on its own is stressful too. And Brian was also married to model Vogue Williams for five years. That marriage also failed, and the two divorced in 2017.

In 2018, McFadden was banned from driving for six months for getting 12 points on his license for speeding. All of which has played out in the public eye.

When thousands of fans and the tabloids are looking, there comes expectation. The majority of men in their forties are losing hair. It is just a fact. Most of us take it in our stride. But when you’re in the public eye and scrutiny, I guess one could forgive celebrities for being a little vain or self-conscious. The press is always on the lookout for an unexplained thick new thatch adorning the heads of celebrity men.

It’s, therefore, a decision that celebrity men can choose to make. Just wander around with a suspiciously thicker hair. Or come clean, and admit you’ve had surgery.

I guess it’s a decision celebrities could very well make with their managers and PR consultants. To tell or not to tell when they have had hair transplant surgery.

Hair or the lack of it conjures up strong emotions. Both men and women feel overwhelming feelings of shame, embarrassment, humiliation, and self-consciousness when it comes to hair loss. It’s a taboo subject almost. You might notice as a person has lost a lot of their hair, but to bring it up is to be royally unkind. It just goes unspoken as you can imagine it would embarrass that person and then some, (unless you know, they are okay with it).

In 2018, McFadden was courting the media before a stint on Dancing on Ice. Brian decided to take the bull by its horn and talk about his receding hairline. Instead of taking the popular route celebrities do – which is to sneak into a cosmetic surgery clinic (hopefully unseen by paparazzi) and to exit the clinic by a back door wearing a hat and jump into a waiting uber.

Brian took to the social media platform, Instagram about his hair transplant. Taking the Rooney approach to hair transplants, he was open about how hair loss had been affecting him. McFadden said his thinning hair made him feel uncomfortable and self-conscious.

On Twitter, he said, “No point in bullsh***ing. People should not be embarrassed about getting your hair done. It’s just moving hair from the back of your head to the front.”

He chose to share his feelings about his hair loss on social media. It was a wise move as fans stuck by him. Hair loss can affect men so badly that in some cases it can lead to suicidal ideation, if not actual suicide.

Brian decided to go with a hair loss clinic frequented by other celebs such as Gareth Gates. For Brian, in the public domain, his issues were more about how he could hide his appearance during the hair transplant. However, for most men, the significant factor holding them back from a hair loss solution is the price.

Many men are suffering in silence under the belief that a hair transplant is out of their means. The NHS is not ignorant of the psychological toll of hair loss. However, the NHS is almost no use, as it still classifies a hair transplant as a cosmetic procedure like a boob job, and financial help is NOT available.

However, there is a solution. With the bottom dropping out of the Turkish lira, hair transplant tourism in the country is thriving.

A hair transplant procedure of some kind is a viable option for most men. With financing available, the cost of a hair transplant in Turkey can cost as little as €1500. That includes hotel stays, transfers, medicine, but excludes aftercare products such as serum that are typically sold separate for an additional €1000. Return flights from Dublin can cost less than €100.

So, even if you are working a low paid job, you could still get a procedure done.

If you are suffering like so many men, you should seriously consider a hair transplant as a solution to crippling depression and anxiety.

Celebs like Brian are to be applauded for bringing this issue to the forefront of public awareness. So don’t delay if you are feeling uncomfortable and self-conscious.