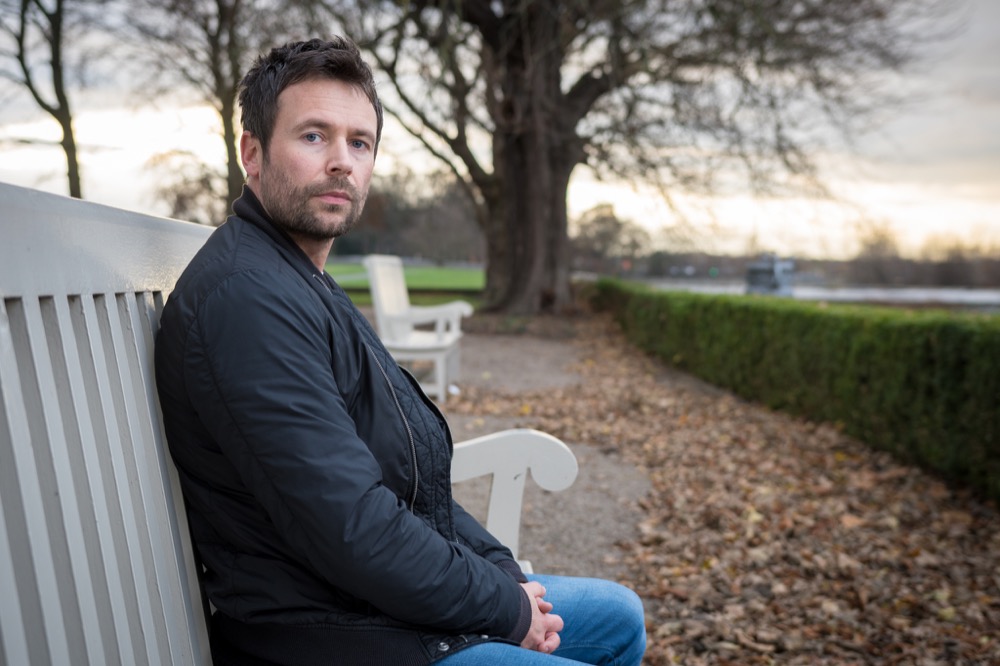 David Keegan is the CEO of mental health charity First Fortnight which kicks off 2019 with a raft of events and initiatives aiding and exploring our wellbeing.

First Fortnight has evolved into being a prominent staple to start the year. Can you discuss how this has come about?

In 2009, mental health didn’t feature too highly on anyone’s list of priorities despite the suicide epidemic Ireland was experiencing at the time, particularly among my demographic.

My best mate JP and First Fortnight co-founder and I had personal experience of the devastating impact of mental health stigma. It was at that age I began to self harm and JP lost a brother to suicide. When we sat down our intention was to design a model to start a national mental health conversation.

We’d a shared interest in art and culture. It reflects us societally. It was my background. JP worked in the mental health services at the time. Artists have always championed issues of great social importance; from Aids to equality and hunger. Great art can effect great change. Ultimately, the festival is a medium through which we start meaningful conversations, challenge stigma and raise mental health awareness at a challenging time of year for a lot of people.

What does hosting Europe’s Mental Health Festival this month entail for you?

Believe it or not this is a journey that started in 2015 when we were invited to participate in the Dublin 2020 bid for European Capital of Culture. Upon hearing about all the fantastic benefits such an accolade brings to the respective host city we began to imagine the impact a similar initiative could bring with a focus on mental health and wellbeing. In October 2016, we were one of five countries to collaborate and produce Europe’s first mental health festival in Athens.

In 2017, we felt confident enough to make a bid to the European network for mental health festivals (NEFELE) to host the next festival here in Ireland. Our pitch was essentially a celebration of the rich diversity our Ireland’s multicultural landscape, our mental health and our culture which are inextricably inherent to us all. While alt-right movements gather momentum across Europe, and with Brexit looming this March, we feel our hosting of this unique edition of our festival couldn’t be timelier.

The programme will feature in the region of 184 events across 24 counties with representation from 12 countries from across the continent and two European networks; NEFELE & ENALMH.

What are the most pressing issues to be tackled in mental health stigma/awareness at the moment? Is progress noticeable?

We carry out and publish attitudinal research every January, and although we’ve seen improvements in certain areas we’ve noticed worrying results in others.

In a study of perceived stigma in 815 adults with significant mental health disability across six European countries, 46.7% reported embarrassment, and 18% reported discrimination experiences, resulting in 14.8% with perceived stigma (Alonso et al., 2009). Since 2011, First Fortnight has conducted an annual survey to assess the attitudes of festival attendees regarding mental health matters. Out of the 1,517 people who responded in 2018, almost half (47%) of those surveyed would not want people to know if they were experiencing mental health problems, 28% found it hard to speak with someone with mental health illness and 56% were afraid of experiencing mental health difficulties in the future (Moloney, 2018 First Fortnight Policy Paper; Mental Health and Stigma in Europe). 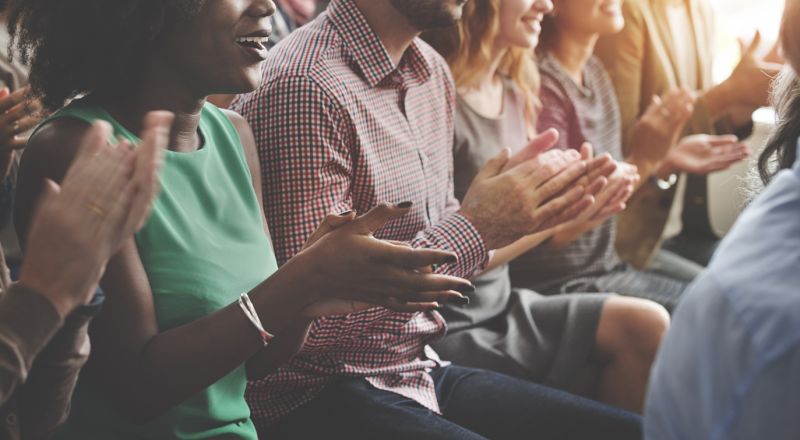 The challenges Mental Health poses to society are set down in well-established patterns. First Fortnight is here at the beginning of every year to unapologetically disrupt those patterns and ask for more, better and different efforts to address and improve Ireland’s attitudes and behaviour when it comes to mental health problems and those that experience them.

Can you explain what the ‘Creative Therapy’ in Haven House which is part of First Fortnight is?

This came about at a time when the city’s homeless population was growing at an alarming rate. Homeless men and women with severe and enduring mental health problems don’t tend to come to arts venues. We believed that the benefits of creativity and cultural activity we had demonstrated at a large scale through our festival could be micro targeted to individuals in need of social and emotional support by the provision of fully accredited and free at the point of use Creative Therapy and we began to develop the concept.

In 2013, we opened the First Fortnight Centre for Creative Therapies in partnership with Crosscare in Haven House delivering free mental health care to vulnerable communities across Dublin. The mission was to provide help to the most vulnerable in the city on the one hand and also trigger an evidence-based disruption in the mental health service provision system.

Your funding and grant support structure is fairly extensive and solid. What challenges remain within this area?

We receive core funding from the HSE National Office of Suicide Prevention, which we match through a combination of cultural state support, philanthropy and good old-fashioned fundraising. We operate across the two Cinderella public sectors who are typically the first to experience budget cuts when the economy is struggling: arts and health. Our funding is year-to-year and we’re as vulnerable as any other charity out there trying to do their best with the limited resources available.

In truth, we apply for everything and anything to fund our work. The festival generates a modest income, which is reinvested in expansion and service provision This process starts after each festival around March and traditionally we’re still applying by September. Year to year, by the time we’ve signed off on each programme, we’re still waiting on the outcome of some of our proposals. Since 2009 we’ve grown a social movement from nothing into an organisation that employs five, plus season staff, and we’ll pay in the region of five hundred artists at the quietest time of year for arts and culture.

Any personal highlights from the programme which you are most looking forward to?

We’ve been following the advocacy work of Professor Green for a few years now and were delighted with the late arrival of him to the programme to chat to Eoghan McDermott about his journey and experience working in the youth mental health space in the UK. 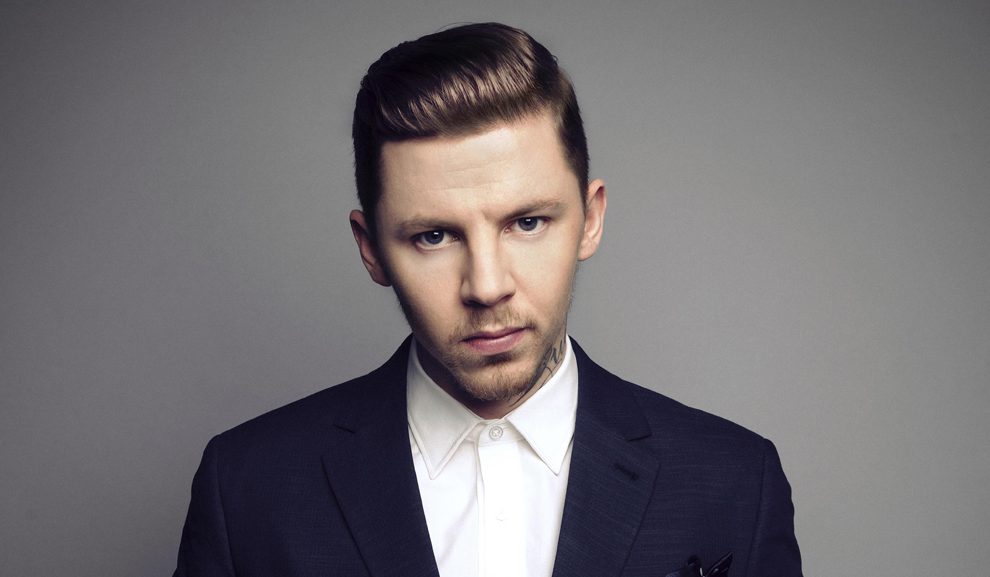 We’ve developed an extensive programme with several partners in Cork and Galway this year and we’ll be back in my hometown of Tallaght too with some fantastic theatre, dance and film events, which gives me, personally, a great sense of pride.

The full lineup is available on our site firstfortnight.ie and you can follow the conversation using #FirstFortnightEurope…