Sound: Faking It For Real – We Cut Corners 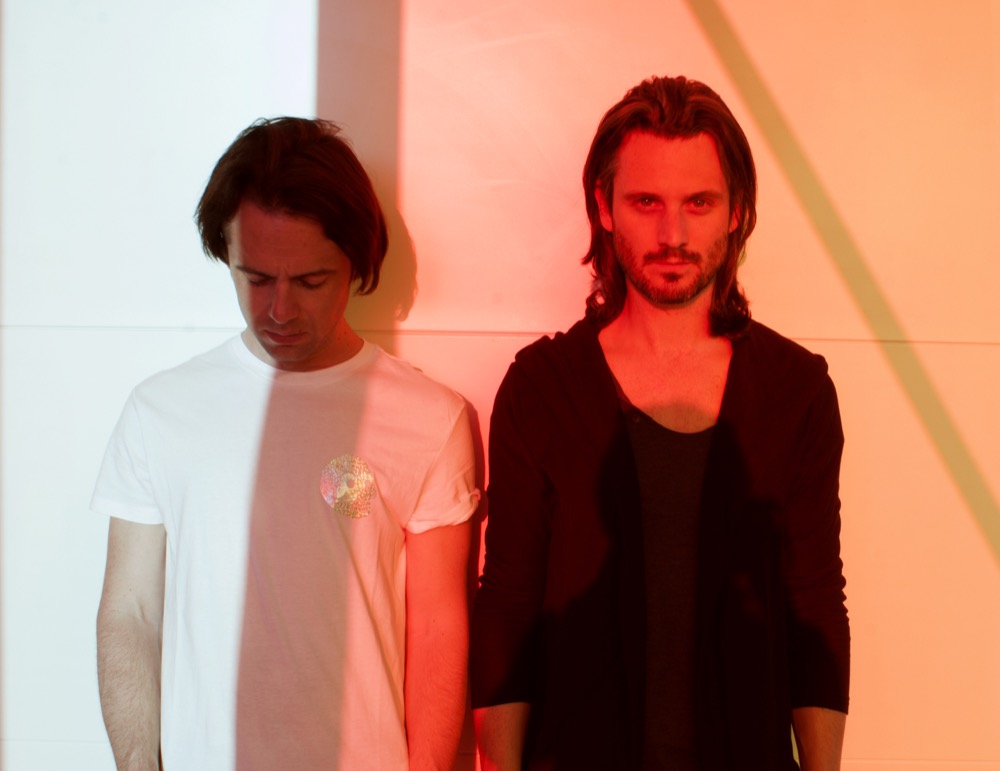 They been nominated for the prestigious Choice Music Prize for each of their three LP releases to date. However, We Cut Corners are content with being occasional musicians holding on to the day job.

Conall Ó Breachain and John Buckley recall the last gig they made a conscious effort to attend away from both arena or festival settings. The venue was The Workman’s Club, neighbour to the River Liffey, to see the American pop-punk musician Mitski promote her acclaimed record, Puberty 2, in 2016. That night inspired the duo, who have been recording and releasing music as We Cut Corners for almost a decade, to reevaluate the currency of live shows; determining the value an audience gets from the quality of a gig versus the quantity. Today, We Cut Corners are continuously praised for their captivating performances.

Together, Ó Breachain and Buckley hold an interesting position within the Irish music scene. They’re peripheral figures, yet their music is integral to the colourful tapestry that will capture the sounds that defined the city during a certain period. The thrice Choice Prize nominated band return with Imposters, their fourth LP released later this month. On it, they explore the notion of being outsiders whilst maintaining full time careers in teaching.

You described Laughing Maniacally, the second single from Imposters, as a song that examines “the narcotic power of love and the manner in which our sense and sensibilities are corrupted by desire.” How does this theme feed into the overall narrative of the record?

John: That song, in particular, is one of many vignettes on the album. Overall, there isn’t a singular thread to the narrative of Imposters. As performers, we often suffer from the dreaded “imposter syndrome”, that feeling of a slight otherness, not quite fitting into a scene. Maybe it stems from us not making music professionally. It’s something that we dip into every two years when we’ve accumulated enough songs make a record. Then we decide to be musicians for a while. That seemed to be the theme that provided a base for a lot of the songs.

In the case of Laughing Maniacally, that centers on the idea of looking back on a relationship with a sort of reality check; thinking that it was one thing and how you become intoxicated by the person and the situation that you’re in.

The connecting thread you mentioned, was that what inspired the trilogy of imposter songs (entitled imposters, iimposters, and iiimposters, respectively), that punctuate the album?

Conall: Absolutely! We didn’t set out with a specific theme or intend on writing a concept album. We gathered the songs we wanted and saw that something had emerged which tied them together. That was the notion of the imposter syndrome and how that permeates certain facets in life, at different periods. Once we realised that, we had the album title. We felt, though, that there was something missing to conceptualise this idea. John decided to write a piece of music that would be split into three sections which would start, punctuate, and then finish the album. These pieces were going to be the thread that stitched everything together.

We had to leave other songs to one side while we created that structure and figure out how they would fit with four songs on either side of them. So there certainly was a concerted effort made with those three songs with regards to the arc of the album.

When you’re writing lyrics do you do that collaboratively or separately?

John: Separately. When we were less busy in our personal lives we got together more regularly. A few years ago, the idea of having a rehearsal was being in a room for six hours to play a terrible riff which was chased by thirty minutes of trying to make something of it only to realise that it was useless. Because of the hectic nature of our lives now, when we meet up to rehearse, the aim is to practice for a show. When we meet up to write, generally, the songs are pretty much written and it’s merely a matter of calling on the other person to help fully realise them. 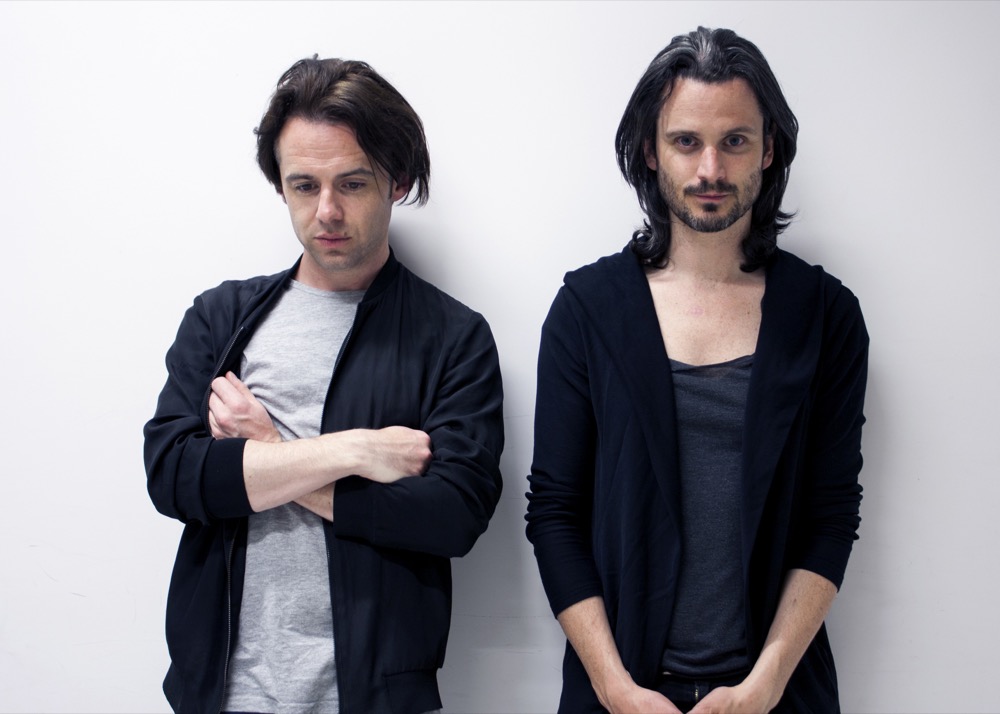 Imposters was the first record where we adopted this mode of working as We Cut Corners. But the recording process is the more collaborative stage in the making of the album because we were trying to get both the overall sound of the record and the songs over the line.

I came across a quote from around the time you released your debut album, Today I Realised I Could Go Home Backwards, where you mentioned being “tentative about popping [your] heads into the Dublin music scene.” Do you still feel that way, considering how you’ve described Imposters?

John: I think that tentativeness has diminished. But, it was a difficult road. You’re so concerned with the first things you put out as a band; the presentation of it and your image. You want to project something to the world and make an impression. We’re four albums into We Cut Corners now so we’re far more comfortable and confident in ourselves. There isn’t a need of desperately wanting to impress people. We like the music we make and we know that other people like it, too. I guess, also, there isn’t the same desire to set the world on fire that motivated us in the early days. Now it’s all about the art and creating work that hangs well together, that we can tour in this country – and if people enjoy it then that’s a bonus!

You both juggle music with full time careers outside of the industry. Have you ever been tempted to quit your jobs so that you can focus solely on the band?

John: We were tempted after our debut. During that time we would have been going to the UK more frequently, trying to make an impression there. Our manager is based in London and he counseled us on the benefits of moving over there. For whatever reason, though, we came up with our second album soon after the first and we decided to get that out and see what response it would get and if there was sufficient appetite amongst fans for more We Cut Corners songs. We put out Think Nothing and it did really well here and we toured it around Europe. Following that, there was never a point where we both felt that the time aligned for both of us to be able to do it full time. I don’t think we regret not deciding to go at it full time. There aren’t many bands that are able to make four albums, nowadays. Maybe we wouldn’t have been able to achieve that had we gone full time after our first record. You just don’t know how things could have panned out. 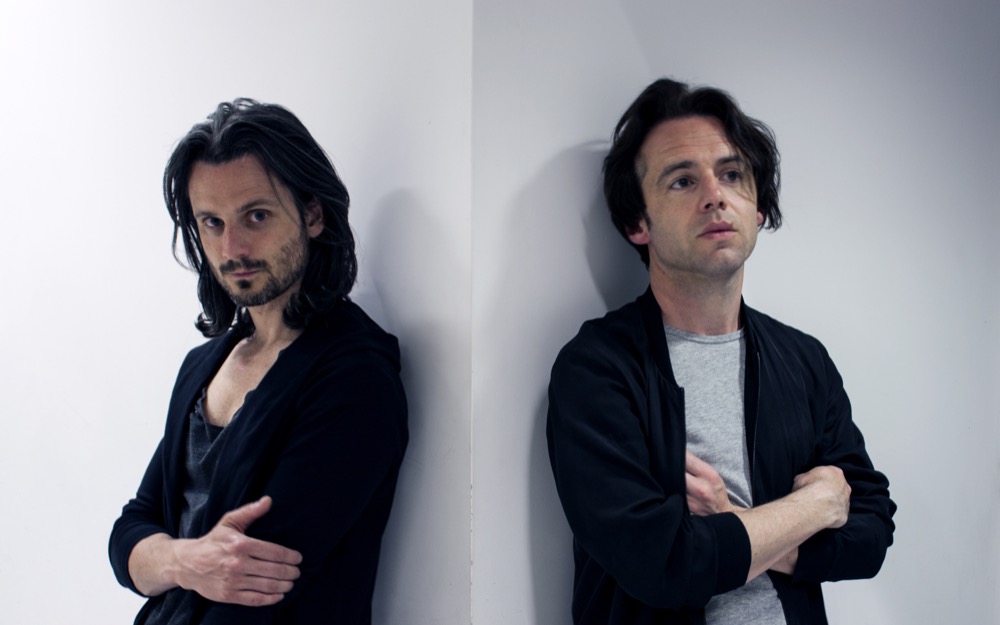 Retrospectively, we preferred having a storied release history than trying to be musicians for a year but not able to sustain the music beyond that.

In terms of retaining your place in the domestic music scene, do you manage to keep an ear to the ground for rising Irish bands and artists?

John: As much as we can. Irish radio stations have become much better at promoting Irish music. It seems like 2FM are doing a lot for up and coming artists, so that’s a great outlet for discovering new music. That’s where that I heard about the rapper Kojaque, who’s amazing. His EP Deli Daydreams was what I listened to for the entire week where Dublin was covered in snow back in March.

We probably would have caught quite a lot of Dublin acts when they opened for touring acts, in the past, but we don’t really go to so many gigs anymore!

Imposters will be released via Delphi on Friday October 12. We Cut Corners play Whelans on Saturday October 13.