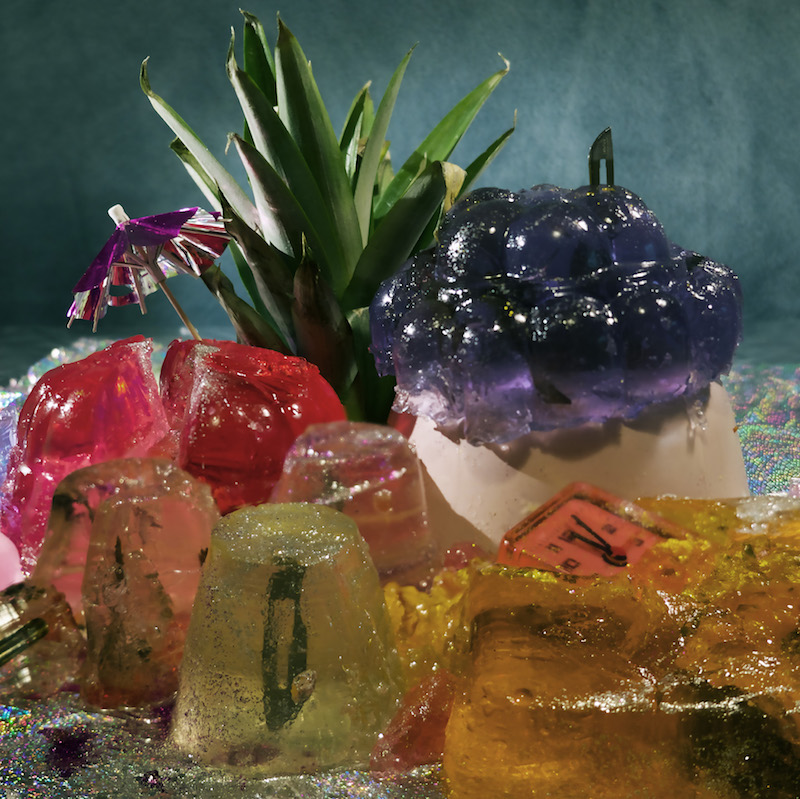 Lizzie Fitzpatrick from Bitch Falcon tells us about how she created the cover for Staring at Clocks.

I made this cover with a photoshoot of the jellies in my apartment. I have been doing the artwork for Bitch Falcon releases since the start and I wanted to create something that was more developed than my previous work. I had been sending loads of ideas to the guys but they weren’t hitting the mark. I was moaning to my girlfriend about it and she came up with the idea of jelly. We went to the nearest Lidl and poundshop and bought loads of glitter, gelatine and clocks to play with.

Yes, I was really interested in the disgusting jelly salads that had a brief streak of popularity in the US in the ’50s I think. I love how colourful yet mundane they were. There’s just something so sad but kitsch about them.I wanted to try and achieve that strangeness that they convey. There’s nothing more alien than gelatin persecuted by salad. In my case I shoved a load of surgical blades and pen nibs inside them.

Yes, I think it does, I guess it’s out for judgement. I hope it attracts people to buy it. Some of my favourite albums have been bought by the cover.

Life is strange yet mundane. 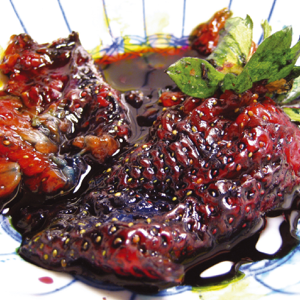 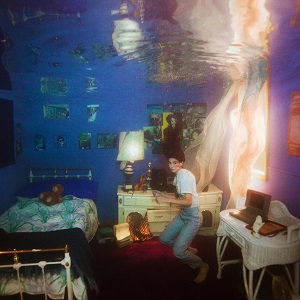 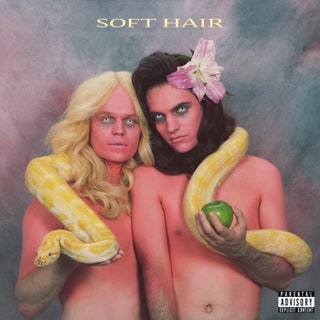 Station to Station by David Bowie 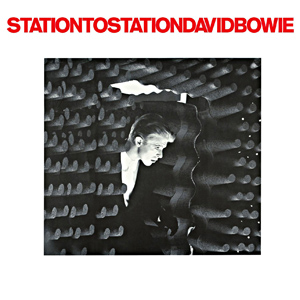 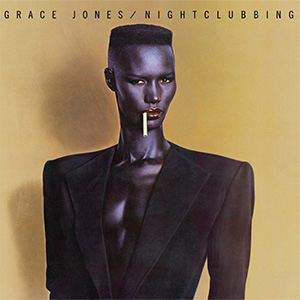 Catch a 2015 interview we did with Bitch Falcon here.