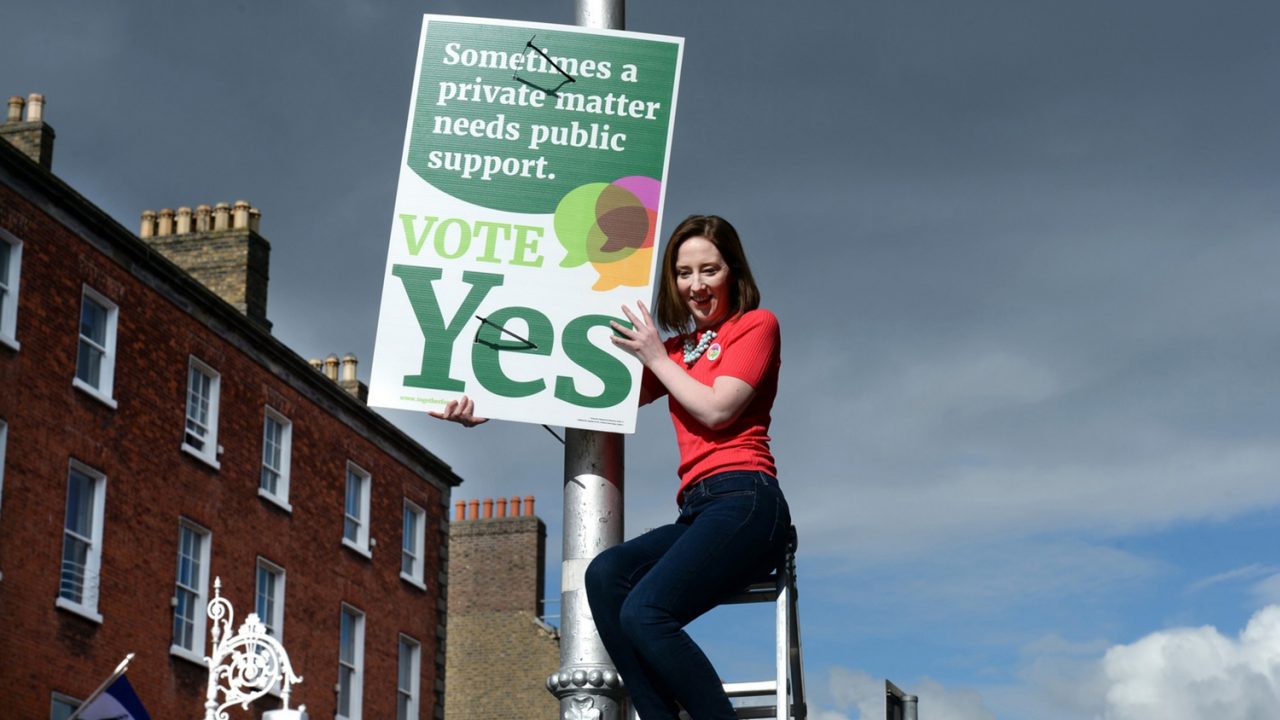 Originally founded by a group of design studios, the 100 Design Archive project is a community-centred initiative which hopes to finally “join the dots” on the rich and diverse history and practices of Irish graphic design. It’s like a vault in which projects are inducted as honorary members reflecting the creativity and ingenuity of the year in question.

The class of 2018 has just graduated and their efforts and achievements are now on display at 100archive.com, complete with commentaries telling the stories behind each of the selections representing 2018.

Perusing the submissions, the stand-out in terms of emotional resonance and public impact is Language’s Together for Yes tied up with the Repeal referendum, but there are many more which reflect admirably on the state of our design nation.

These include Too Into You, the Women’s Aid campaign relating to dating abuse, also designed by Language and designs by Piquant Media for the NWCI campaign It Stops Now regarding sexual violence and consent.

Tá Gaeilge Agam, a campaign by TG4, featuring prominent Irish figures such as Blindboy and Panti, was designed by Publicis Dublin to encourage use of the Irish language, and highlights how design can affect Irish identity.

In 2018 Dutch eyewear brand Ace & Tate marked the opening of their first Dublin store by commissioning a publication and neon signage by young Irish designer Shauna Buckley of It’s Okay Studio, while restaurants such as Bunsen and PI worked on their identities and environments with the folks at Revert Design.

We were also pleased to see the inclusion of the cover design for debut album Boom! by L/B/W, a labour of love involving one Ian Lamont, formerly of this parish. For those wondering, the smiley face on the cover’s mouth cleverly graphs house prices in Ireland from 2007—2017.

The rich and diverse selection for 2018 is now available for your viewing pleasure at 100archive.com.