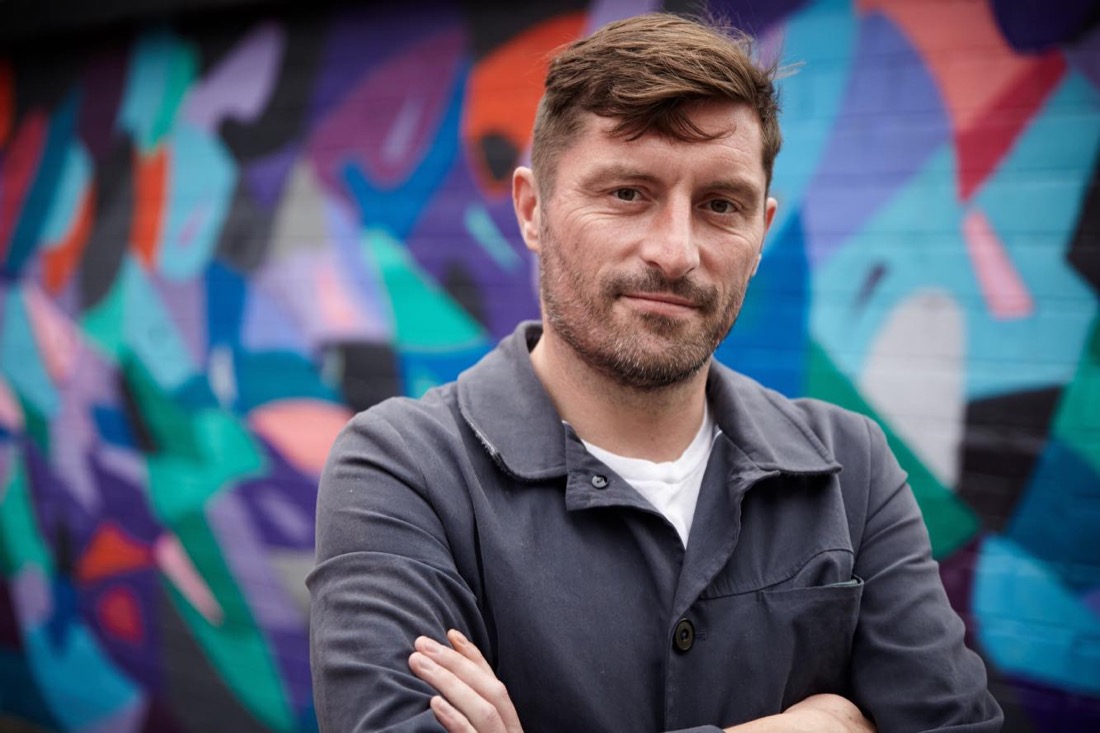 SCOOP celebrates ten years in existence with the release of an album and their annual fundraising Christmas Party this month.  We catch up with the dynamo behind it, DJ turned humanitarian worker Calvin Sweeney.

“Many creatives and services out there look at the state of the world and want to do something, but don’t know where to start or don’t have a lot of free time outside of normal life, so we try join the dots between them and helping people.”

SCOOP is celebrating ten years in existence. How have its challenges changed over time?

From a fundraising perspective we try to keep our events fresh. We always pledged to stay clear of shaking buckets, using sad imagery – the conventional ways of fundraising – and in the ten years we’ve managed to pull off some really special events with the country’s finest artists, DJs, comedians, bands, collectives and athletes. Trying to keep on that is challenging enough, but with the team, our board, our partnerships and relationships with small and large businesses we all get it done. In an ever-changing world it’s quite difficult to adapt to the situations we’re working in, particularly in Iraq, Syria and Yemen. You can plan for months on a project only to find that, suddenly, access isn’t possible, or the security situation or the needs of the people have changed. But we roll with the punches!

SCOOP was originally established by your brother Andy. At what stage did you get involved in it? Did your background in social work lean you in its direction?

I was always there to dig out in events and throw in my two cents, but SCOOP is very much Andy’s brainchild. It was when I came back from seven months in Syria in 2016 that I went in full-time. I had burned out working in social care with young people, which happens to most people working in that field, so I wanted something completely new and, coming back from Syria, it’s not a situation you can just walk away from.

Your work in Syria has been primarily with Heyva Sor, the Turkish Red Crescent. What is your read on the Kurdish deal with Bashar al-Assad’s government in Damascus and US withdrawal from the region? How volatile is the region with a Turkish offensive also underway?

It’s a tough one. Nobody saw Trump’s full withdrawal coming, not even his officials. It was very sinister on both Trump and Turkey to convince the Kurds to dismantle their fortifications and heavy weapons from the border and allow Turkey to conduct what turned out to be a pre-invasion plan under the pretense that these recon missions were to establish a safe zone administered by both the US and Turkey. After 500 people were killed, the Kurds had to turn somewhere and it was eventually going to be Assad. It’s not likely that the Kurds’ dream of autonomy and self-governance will ever be, but it’s something they could work towards as the Iraqi Kurds have done over the border. Before the war, speaking Kurdish, wearing Kurdish clothes, celebrating Kurdish holidays were prohibited, maybe now they can exercise their culture more freely – but with Assad, you’ve no idea what will happen next.

What sort of interventions have you made to help alleviate the lot of those caught in conflict? 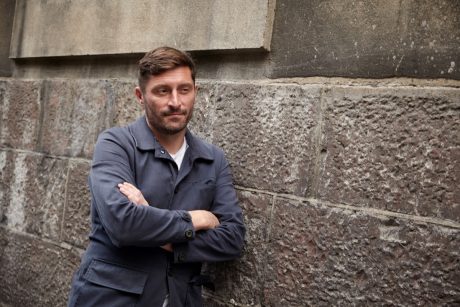 We set up a fundraiser on Facebook to raise funds to support the Kurdish Red Crescent in Syria with specialist medical equipment and funds. They’re really against it now. They’ve had one doctor and a nurse killed and two of their ambulance crews were kidnapped and are still missing. There have been attacks on hospitals and medical facilities throughout the region, so they need all the help they can get. We also work with JHK, a Swedish NGO, who have just sent in a medical team and will be responding to the 300,000 people who have been displaced so far. We’re trying to keep it to the very essentials, but we even received a request to send women’s underwear for the wounded YPJ fighters. They need everything right now.

What is the balance between time spent on the ground and planning/fundraising from here?

Right now, we have volunteers and interns working with us from right across the board and we’re developing partnerships and programmes in education, art and psychology for internally placed peoples in the Middle East. We also have the StreetSmart initiative under our umbrella tackling homelessness in Ireland so it’s a lot of work delivering all of this while trying to raise money at the same time. I would be spread out over as much as this as possible and am in the Middle East every few months for two to ten weeks a time. There’s a lot of juggling, from all of us, but we know what we’re doing at this stage.

SCOOP has always been inventive in engaging grassroots creative support in Dublin through personal connections and innovative fundraising techniques such as art auctions. How important is conceiving of fundraising with resonance for contributors?

Well we’ve all been to fundraisers that weren’t any craic at one time or another! As both Andy and I were promoters beforehand, it was a no-brainer for us to talk to our people and our community and work together. Many creatives and services out there look at the state of the world and want to do something, but don’t know where to start or don’t have a lot of free time outside of normal life, so we try join the dots between them and helping people.

How important is it for a charity to remain apolitical when it comes to its work? Do you have personal feelings on the conflict? Is a resolution possible, or what needs to happen to resolve matters?

Kurdistan is very difficult to navigate politically. There are so many sides, political parties, tribal allegiances with little coordination or comradery, we stay clear of all that. It’s not easy to work in as we have to have friends on all sides so we can deliver our work on all sides. There was a time in August where I went into Syria through Sinjar mountain and it took a lot of pulling favours from most factions, KDP Kurds, Iraqi Federal Government, YBS Yazidis, KRG Yazidis, Hashd al Shabi (Iranians) YPG Kurds, groups who don’t get on. So, I guess, it’s aligning to anyone that helps us.

In terms of a resolution we’ll just have to see what Assad does next. The SDF force, the force made up of Kurds, Arabs, Christians and Syriacs from the north east is being pulled into the Syrian Army and it may potentially be the main force in the impending siege on Idlib. There’s also the Turkish question, but we could be looking at another Cyprus there. After that, Assad will be back on top, we just have to wait and see what he does when he gets there.

How rewarding is witnessing the tangible impact of your work? On the flipside, how disheartening is it to feel this conflict continue to spiral beyond control? Have you some examples of euphoria and dejection on the frontline?

Right now, it’s pretty tough watching our colleagues getting bombed and dying. They did so much amazing work during the ISIS war, to see this happening at the hands of a NATO country is heart-wrenching. I’m talking to my friends in Qamishlo who are exhausted after seven years of this madness. One of their teams were under siege in a hospital in Serikanye for five days where injured people died and had amputations unnecessarily because they couldn’t get medicine and staff in, nor get the wounded out.

On the flipside, there’s a lot of people who still have air in their lungs thanks to the work of our greater community so that makes it worth it.

When we last spoke to you back in 2016, you mentioned a book being in the pipeline. Where is that at?

Ah the book, it’s getting there, not enough hours in the day! Aiming to have it wrapped up in January.

Can you tell is more about the vinyl compilation being released and plans for 2020?

Our album is out the end of November. We got in touch with some of the artists that we’ve worked with the last decade and have a 16-track double-vinyl designed by DUDA & Adult Art Club and pressed by Dublin Vinyl. 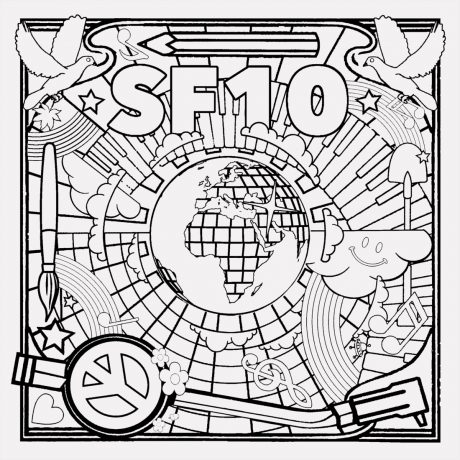 November 23rd we have a live gig in The Well and December 20th we’re taking over The Big Romance.

As for 2020 we’re keeping our psychology and art programmes on track, developing our IT programme in the camps to teach computer basics, coding and design. We have big plans in Ireland working with young people exiting the care system/homelessness. Another art auction is on the cards and a load of other parties and partnerships too!