A few years ago, Vernon Dewhurst, the photographer responsible for David Bowie’s Space Oddity album cover, contacted me about a 1967 Best Menswear advert on brandnewretro.ie.

Turns out Vernon shot the ad during his year working as an advertising and fashion photographer in Dublin.

“I got a top male model over from London that looked like Sean Connery’s James Bond! Our clients at Peter Owens were very impressed.”

Vernon has many memories from his time here and cleverly draws on them to tell the story of Joanne, his recently published novel set in 1960s Dublin.

Where did you grow up and why did you move to Dublin?

I moved around England as a child but finished up in London where I went to Regent Street Polytechnic School of Photography for three years. At the end of the course in 1966, a number of us were offered a summer job shooting postcards in locations such as the Greek Islands, South of France, Costa Brava etc. I was allocated Ireland. I accepted and set out with a friend in a mini-van, with camping gear and 5×4 camera, etc.

A problem became immediately obvious on arrival in Cork. It had been stressed to us that all postcards had to be taken in bright sunshine, with blue skies, and no more than one or two fluffy white clouds – not something that appeared to be very common in Ireland at that time. After two weeks, we had not managed a single shot and money was running low. Then we had a chance meeting with June Levine (editor of Irish Women’s Journal) who suggested we should stay and work as fashion and advertising photographers in Dublin.

The first thing that struck us about Dublin was that it was small! Everyone seemed to know everyone else. We found the natives very friendly, more so than London.

It was, to us, rather quaint at first, quite a lot more relaxed, lurching rather than swinging, with a strong drinking culture that seemed to permeate the whole society. And later we found that in spite of the place being much smaller than London, the drug scene was, if anything, more developed.

Well, this is coloured by my situation maybe. I was quite young and straight from college, and although the Polytechnic was just about the ‘swingingest’ college at that time (where else would you get Jimi Hendrix and The Who playing at the Student Union!) I was a bit innocent of the drug scene in London, so it was a bit of a revelation to find drugs of all sorts very prevalent in Dublin. But maybe London was the same. I have to say on my return to London I was exposed to a lot of the drug culture, but not quite the very hard drugs that seemed to be common in Dublin.

Why did you leave Dublin?

A few reasons… One, the drinking culture. We were drinking too much, we realised. It seemed impossible to get away from it, especially as a lot of the advertising guys we worked for were alcoholics. Two, we were fed up with the guilt trip the girls seemed to suffer from, it seemed to make a normal relationship very difficult. Three, professionally we were worried about being left behind or marginalised from being out of London.

You took the photo for David Bowie’s Space Oddity. How did that happen?

I shared a house with David in South Kensington. There were five of us and he had the room over mine with his girlfriend Hermione. 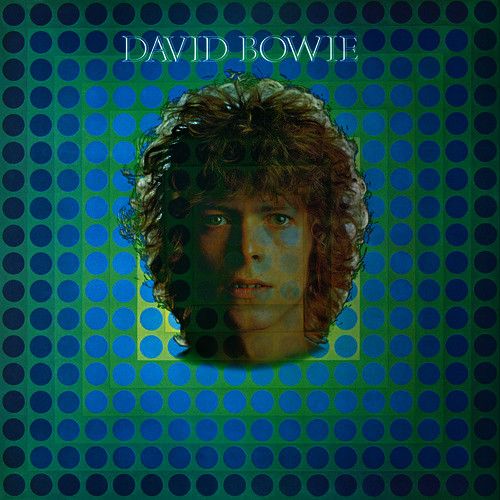 I made some pics of him at his Arts Lab in Beckenham and he asked me to show them to his agent at Mercury records who a while later asked me to shoot the cover.

You continued working in photography, what made you write this book?

I have always been interested in writing as a form of communication, just like photography. But I always thought one could do more with a book than a single photo. In 2011, I decided to go to uni to do a BA, passed with a 2.1 Honours, and that gave me the impetus to start Joanne. 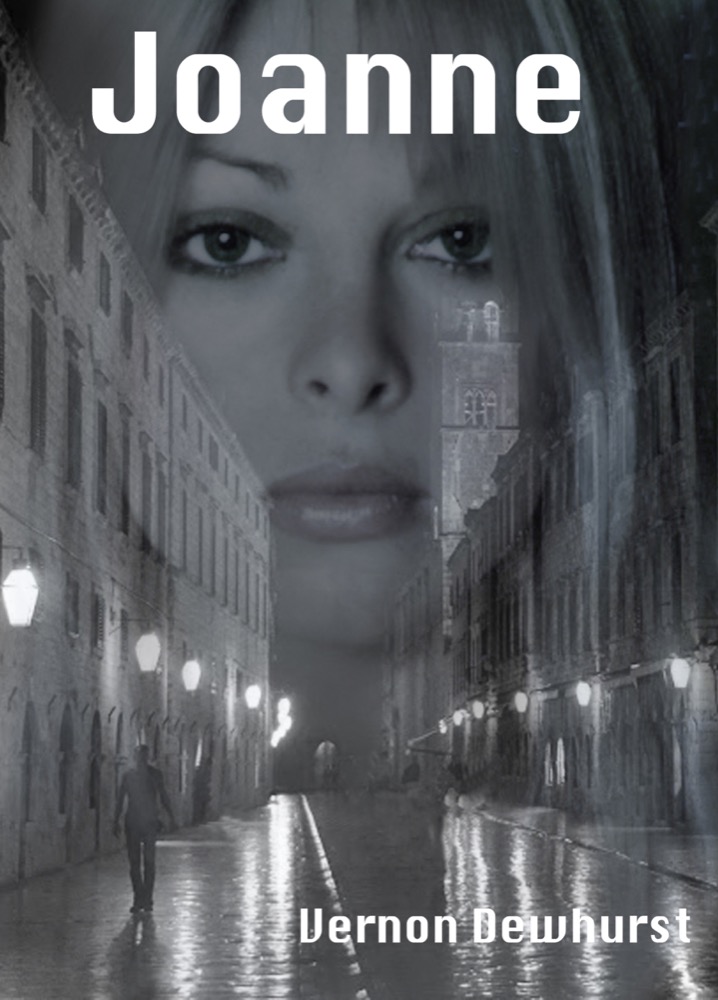 For a first attempt it seemed best to start with a story that was more or less already written, the memories of that year in Dublin, the strange girl Joanne and her mystery.

How much of it is based on fact?

Nearly all the characters are real, as are most of the situations.

Did you ever return to Dublin?

Never, but I hope to!

Vernon in front of his Bowie photograph at exhibition at the Pompidou Centre, Paris 2019.