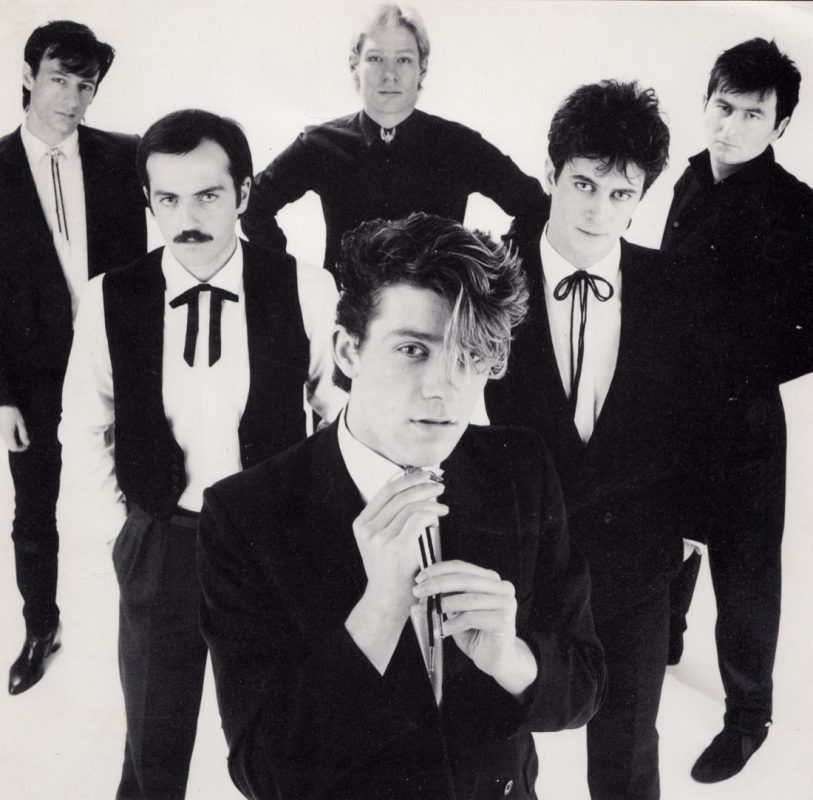 Tokyo Olympics had previously gigged and recorded for almost three years as DC Nien, a futuristic synth band from Dublin’s Northside influenced by Bowie and Roxy Music. Their name was a play on their Dublin 9 location. But at the end of 1980, after building up a strong following and reputation, the band ditched their post punk credentials, brought in a new sax and keyboard player, changed their name and openly embraced the disco-inspired bass lines and funky guitar sounds of the day. 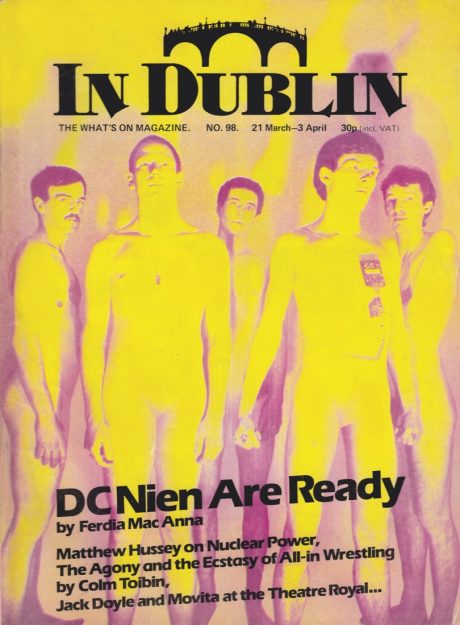 This rebranding and new commercial direction annoyed many DC Nien fans who snubbed them with accusations of selling out. It didn’t matter to Tokyo Olympics who became much more popular, writing and performing for the new Dance Movement. They were the first Irish band to put 12” club and disco mixes on their records and their live set included a cover of Donna Summer’s Hot Stuff.

They worked very hard in difficult circumstances (Dublin didn’t exactly have clubs like the Rum Runner, Blitz or the Beat Route) and gigged at all kinds of venues, from bars to ballrooms to big outdoor festivals with Meatloaf at Dalymount Park in 1982 and with Rory Gallagher at Lisdoonvarna 1983.

Their four singles – Dance Movement (1981), Radio (1981), the Linx influenced One Step From Paradise (1982) and Shot By Love (1982) (a song that nods to both Poison Arrow and the Look of Love by ABC) – got loads of airplay on RTE and made the Irish top 30. The songs were good, but the production was awful. While Sheffield band ABC got Trevor Horne to produce their Lexicon of Love album and Londoners Funkapolitan got August Darnell over from the US for theirs, Tokyo Olympics hired Francis Rossi of Status Quo!!

This Rossi/Quo association was wrong for the band in so many ways, their credibility suffered and it accentuated further their own identity crisis. Although image conscious (“They wear tremendous baggy pants, sharp shirts and ties, and Humphrey Bogart wouldn’t look out of place on stage with them,” said a Longford Leader review), Tokyo Olympics lacked the style and chutzpah of their English peers and struggled to present an identifiable image. With six in the band, the look was often more showband than showroom dummies. And bass player Brian Seales sported a Marty Whelanesque moustache which made him look older and out of kilter with the others. 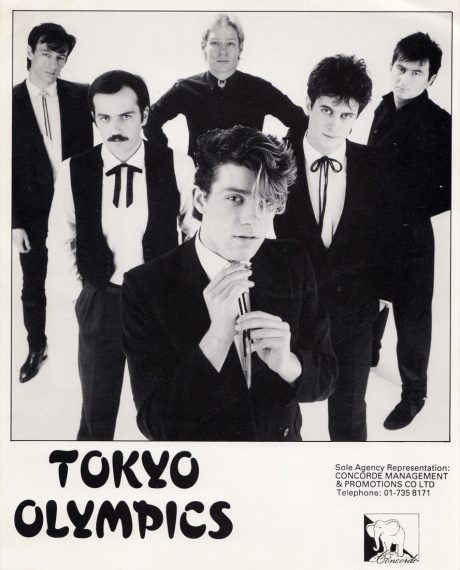 The band moved to London after the release of their album Radio on Polydor at the end of 1982. Guitarist Paul McGuinness told the Sunday Press, “If we stay in Ireland, we’ll just bask in mediocrity, so we’ll remain in England until we are in the gutter or until we attain some kind of success.” A summer UK tour with Icelandic jazz/fusion group Mezzoforte followed, but there was no further success and the band split up within the year. McGuinness later became guitarist with Shane MacGowan and the Popes while sax player Joey Cashman later became Shane’s manager.

Pat Egan managed Tokyo Olympics. We were chatting recently about why the group didn’t make it and he simply said, “They just weren’t cool enough.”

DC Nien on the cover of In Dublin magazine 1980, just months before being rebranded as Tokyo Olympics.