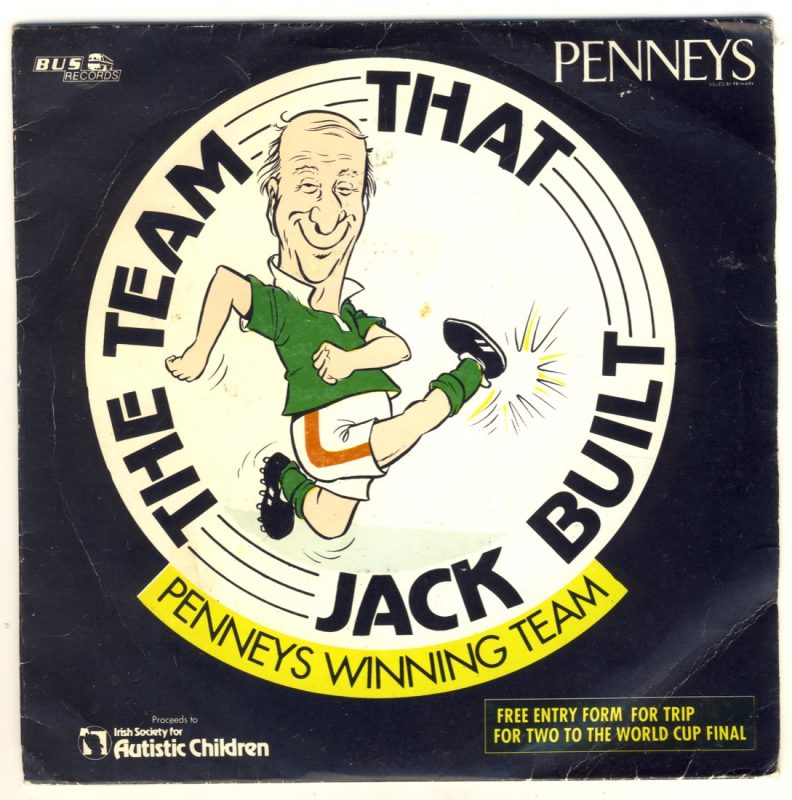 On holiday recently in Cork, Brian McMahon of Brand New Retro met up with John Byrne the DJ, record collector, writer and archivist who put together the excellent Quare Groove compilation album released on Dublin’s Allchival (All City) Records in 2018. One of the many topics they talked about was his amazing collection of Irish advert records. They did this interview backed up by some sample record covers and bylines provided by John.

What are Advert records?

Advert vinyl records were recorded and released for advertising and promotional use by Irish companies in the ’60’s, ’70’s and ’80’s. They are only starting to appear on our cultural radar and most of them are now catalogued online.

What did they promote?

All sorts of Irish commercial concerns and products – department stores, hotels, radio stations, religions, pubs, shoes, plastic piping, crystal glass, butter, cement, alcohol, pharmaceuticals. There were also pressings to commemorate or celebrate various events as well as charity or benefit records. Not to mention what I might call patronage or sponsorship records. This is like your olden version of ‘GoFundMe’, where an artist goes to a commercial concern for funding for making a record. In return, the commercial concern might get their business logo or details on the cover of the record.

Did people buy them?

Most were simply promotional aids that were given away at – or on the back of events – festivals, conferences, competitions, touristic junkets. But others, like the Penneys Jack Charlton single, were available for sale.

Which companies were the most active?

Wavin Plastic Piping Company created at least 11 or 12 advert records in the 1970’s, mostly LP records, and some rather elaborate packages too, just to drive the commercial message home. Other repeat offenders were the Jury’s Hotel chain, and a semi-state company called ‘The Shannon Free Airport Development Company’.

What advert record is the most sought after?

There’s but one advert record that’s become a real ‘mark’ amongst record collectors, which really has nothing to do with the fact of it being an advert record. Wav 006 – ‘From Lagan To Lee’ – the Wavin heads commissioned post-mod Celtic artist Jim Fitzpatrick to make a wonderfully elaborate design for a gate-folding cover for this record. 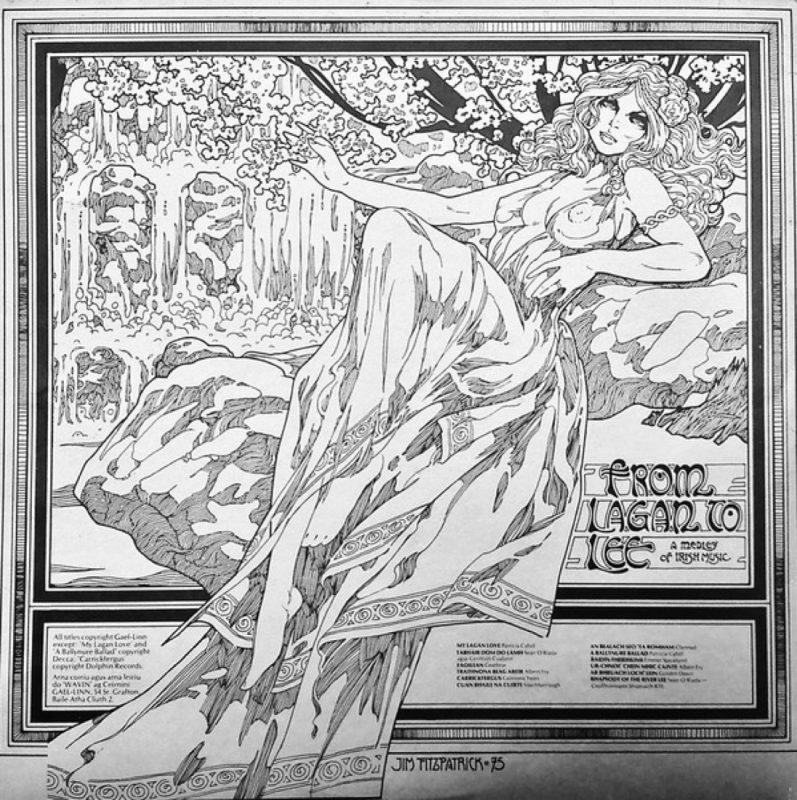 The record changes hands for considerable sums, and will reside in the collections of rabid Thin Lizzy collectors who will never listen to the traditional and folk music contents within! They will only have acquired it because Jim made similar artwork for their heroes – as in fact he did for so many record covers across the ’70’s and ’80’s here.

What are you still searching for?

I’m somewhere between bemusement and shame that I still have yet to find any advert records for tobacco. I’m fully convinced that cigarette manufacturers would have jumped this bandwagon, before public advertising of tobacco products were banned in the ’90’s. None for foodstuffs, fisheries or farming yet either. I’m fairly expectant of such things turning up one day as well. 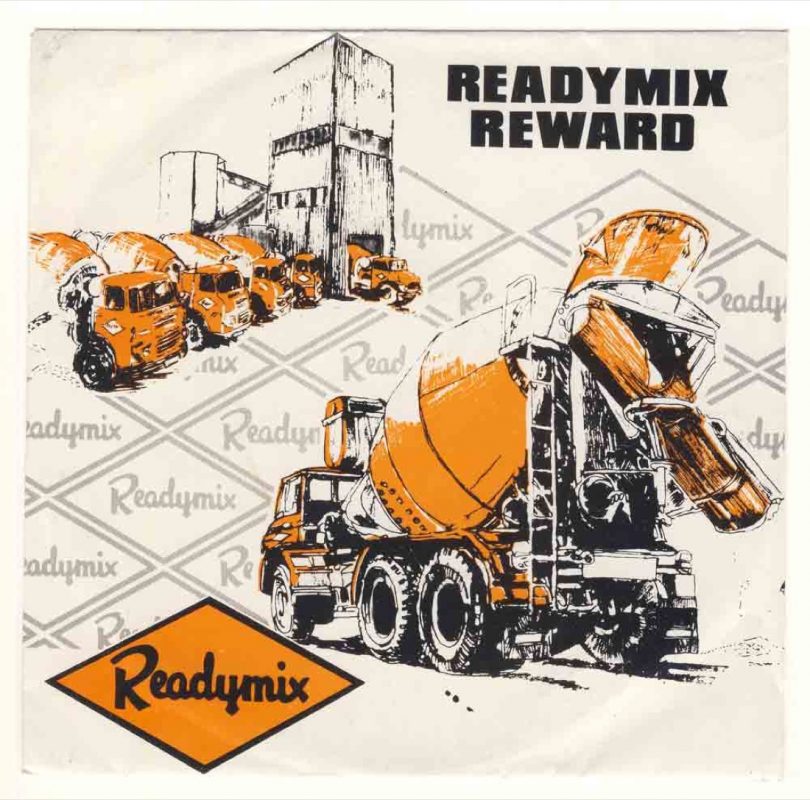 1979, Quartz Records. Showband singer Des Smyth pulls a breaker-breaker country number called ‘Readymix Reward’ – a tale of jealousy going rightly wrong, wherein he offloads his cement mixer into a new car in his driveway. Hey, that car salesman had just sold his wife a new car that was a present for him… Auto-motivated heartbreak!

1990, Bus Records. Two football ‘compositions’ by Mick Carwood, once-frontman of pop-showband, ’60’s outfit, The Others. I would have dropped the stylus on the record back when I acquired it; I shan’t be repeating that act. If my loathing for all things f**tb*ll could be quantified, I wouldn’t want to see the results! 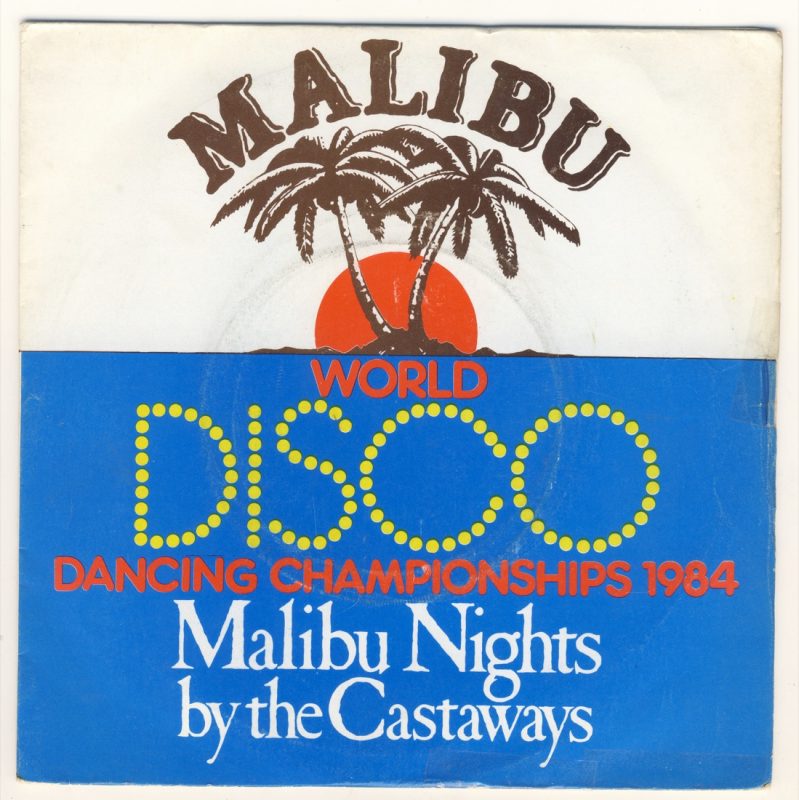 1984, MALIBU RECORDS! Music here is the brainchild of studio musician Andy O’Callaghan. As it says on the cover, the World Disco Dancing Championships were here that year. A book unto itself, we’re sure! 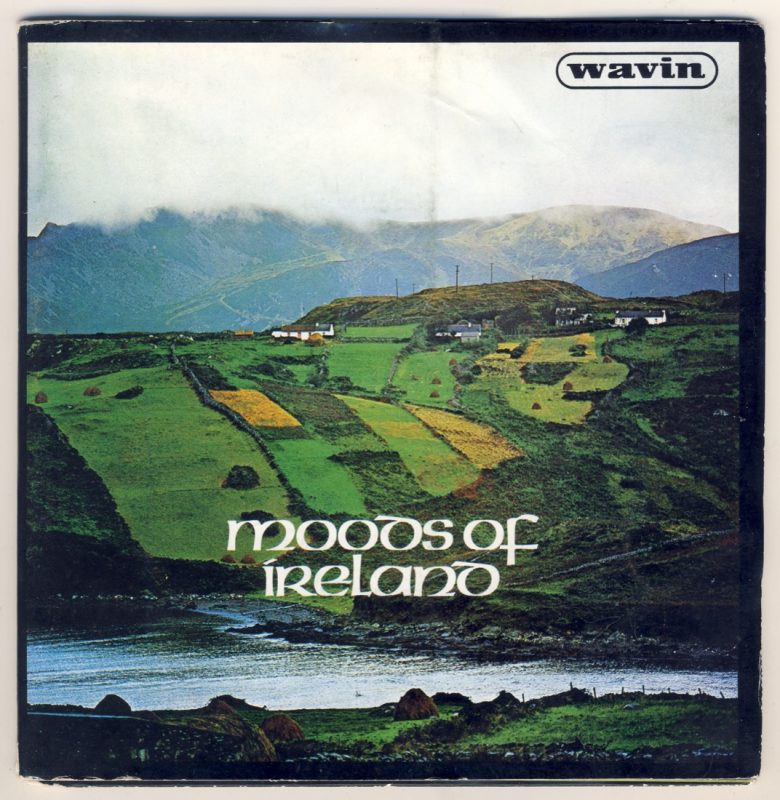 Undated – 1973 onwards. Three of four pieces on this record originally from Eamon De Buitlear and Ceoltoiri Laighean’s 1973 Gael Linn album The Crooked Road. Wavin commissioned Jimmy Kennedy to compose and Colman Pearce to arrange ‘A Wavin Mood’. Colman Pearce then conducted the playing of The R.T.E. Light Orchestra for it.

Note: These sleeves form part of an extensive compendium of Irish 45rpm sleeve art currently being sourced, scanned and compiled, alongside interviews with their creators, for a forthcoming book by Hi Tone Books.