Alternative Christmas: On the 25th 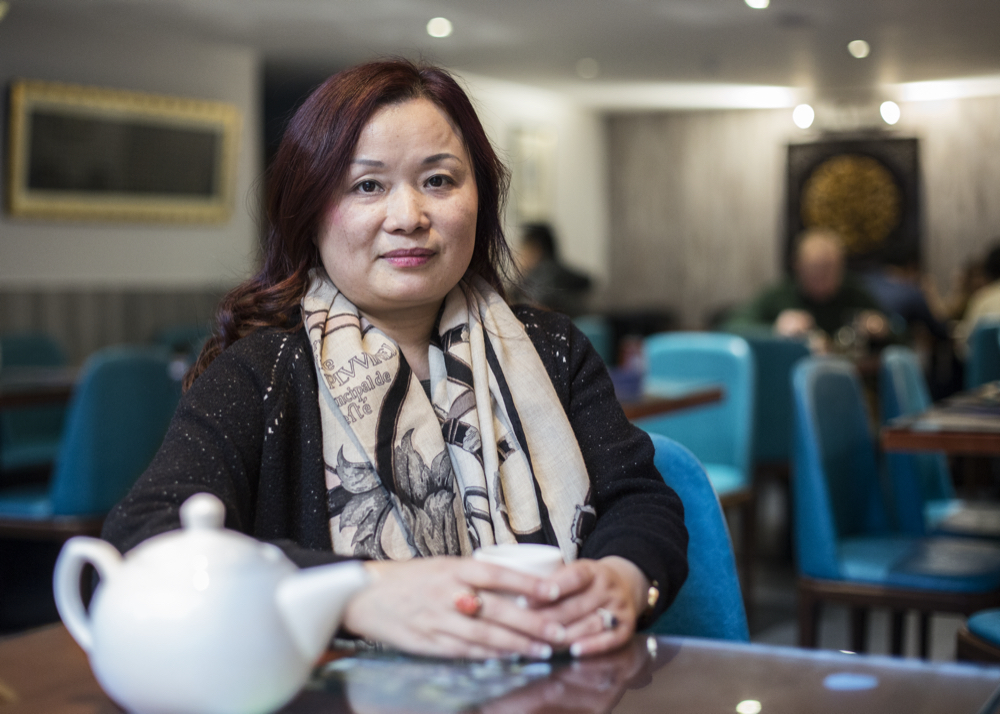 A community-centric restauranteur, a charitable-cause volunteer and an animal-welfare advocate; this trio have swapped out standard Christmas Day tropes for an alternative 25th.

“M&L was originally owned by another couple; Graeme [Phelan, Wang’s husband] and I took over from them 16 years ago. Every 25th December, maybe 35-40% of our customers are regular, repeat diners and the rest are visiting for the first time. We have many Americans coming to eat on the day, and we’re very popular with French visitors. Chinese students always spend their Christmas dinner with us as well: for Irish people, whenever anything happens, their first port-of-call is the pub, but Chinese people will go straight to the restaurant.

“We get loads of stock delivered on the 23rd and 24th, as now we only operate with bookings [on Christmas Day] because it gets incredibly busy – this way, we’ll already know how many people are coming. We open on the 25th at around 11:30am, as usual, and work until 9:30pm.. a lot of our customers tend to come in around 3pm and 6pm, those are our busiest times. Our teahouse across the road [The Vintage Teapot] also opens – it’s a little easier to find a free table there on the day.

“After we finish up, all of us will sit down to dinner together. Everybody helps out, nobody takes a day off. The restaurant is open all year round, but our staff can take about a month or two, during the year, to go back home. It’s very intense work. For the chefs, who first trained in China for three years, they’ll start at 11:30am and not have a spare moment until 6pm – so they need a holiday. They’ll go back to China, find some new Szechuan dishes and bring them back here.

“I remember we had three generations of one family come to us for Christmas – grandparents, parents and children all eating together. Then there was another family that, every year, wanted to eat at the same table, with the exact same meal, always at 3pm. Nobody could take their seats! I’ve been living in Dublin for 20 years, and I’ve really found that the city is changing [for Asian eateries]. Many years ago, you’d only have three or four authentic restaurants – now, you have great Chinese food, Vietnamese food, Korean food.. I find that people are more and more willing to change tradition on Christmas Day.

“We don’t have a ‘secret’ menu, but we do have a Chinese menu, with more options than the English version – soon we’re going to combine the two. Chinese people will eat chicken feet, pork stomach, things that are normal for them, but many people didn’t want to touch those dishes outside of China – they’d want Chinese curry, which doesn’t even exist in China, because of the takeaway culture. Now things are changing… not everyone is open-minded, but I hear more people asking, ‘why don’t you do an English version of the Chinese menu?’. They’re more willing to try now. It’s good to have change, you don’t always need all of that turkey! Having it on the one day is fine, but the birds are massive; you need a few days to get through it all.. so many turkey sandwiches!”

Head of Education and Media, DSPCA

“We have a crew working every 25th December in the shelter” 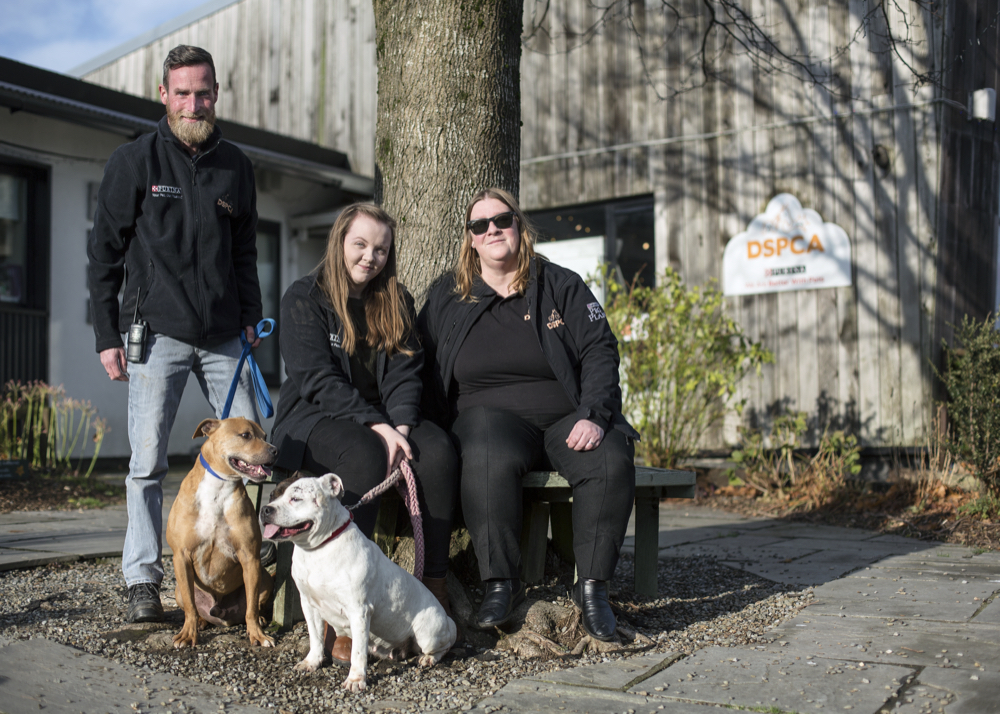 “I did the Christmas Day shifts in the DSPCA for seven years in a row: myself and my husband used to do it. We would get up first thing on Christmas morning, arrive at around 6am, and we would feed, clean, water, medicate.. anything that needed to be done for the animals. We would usually finish around 11am, but during a couple of those years, we’d cook Christmas dinner and leave it in the oven on low before heading to the shelter.

“It was fun, actually – one of the years, before the M50 had been built between Tallaght and Dundrum, the bridge was missing off of Stocking Lane [in Rathfarnham], which I remember seeing as I was coming down on my mo-ped.. that was a long time ago! But no, it was great – I didn’t have kids at the time, and it was our thing that we used to do.

“As of 2018, I’ve been with the DSPCA for 20 years – I basically fell into it, I had a prior career as an archaeologist. I was working on heritage projects with FÁS at the time, came up to volunteer here and ended up staying. I was working in the yard with the animals for about a year and a half, and then the board approached me about re-establishing the Education department since I had some experience in that side of things – so that’s what I did.

“From what I’ve seen in the past two decades, some amazing changes have happened; not just in the number of animals we take in, but also the facilities that we have and the services we offer. We have a crew working every 25th December in the shelter, while Graham [O’Brien], our Shelter Manager, is always on call during Christmas Day, and Rachel [Dee], head of our fostering department, is heavily involved in getting as many of the animals as possible out of the shelter. She’s also on call 24 hours a day for anyone who needs information or advice over Christmas.

“At any one time, there are between 100 to 170 animals in foster care. A lot of our animals will go out on the “Foster To Adopt” programme at Christmastime, which means that we have potential owners that we’ve vetted, they like the particular animal in question, and they foster the animal over the Christmas season. Maybe it’s a dog that hasn’t been neutered, nor received all of its vaccinations, so it can’t be officially rehomed yet, but can be fostered over a fixed period and then, people can adopt it when it comes back [to the shelter]. It works on a trial basis.

“Another great advantage is that when a foster animal comes back in to us, we gain far more information than if it had stayed in the kennel. We get our fosters to fill in these little forms and diaries, where they can tell us the animal’s likes and dislikes, what their routine is, what sort of environment it would fit into.. we know a lot more about whether it likes or dislikes the hoover, or whether it barks at passing traffic. We then have more of a complete story to tell people when they do come to adopt. Naturally, we find that animals that have been fostered will be adopted quicker than those who haven’t been.

“Our boarding kennels here are also running over Christmas – the staff there will be working on the 25th. It may be a business operated by the DSPCA, but without that business, we would be severely financially stuck; all of the funds come back into the charity. It is a nice thing to spotlight, that these staff are getting up at 7am on Christmas morning to come in and care for peoples’ dogs.” 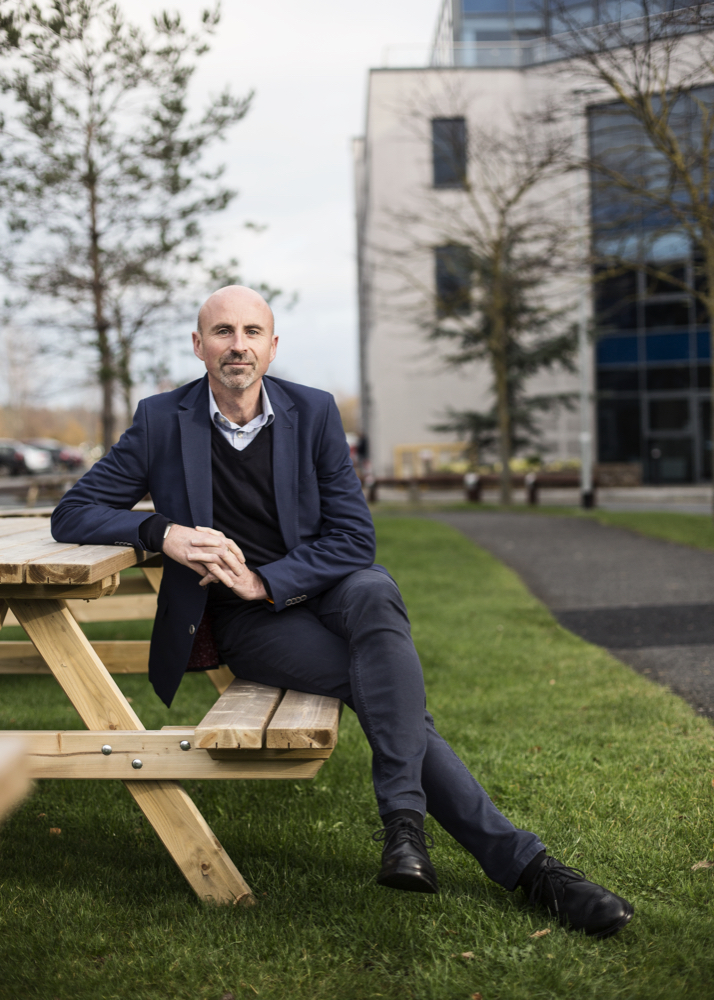 “I’m involved in athletics and my running club, Bray Runners, do a lot of their training in Shanganagh Park. There wasn’t a GOAL Mile there, and I felt it was a good catchment area so, since I saw a potential opportunity, I reached out to the organisation in 2014 and asked how you’d go about putting on a GOAL Mile in Shankill. The team there were very supportive, took me through the various considerations that I’d need to plan, gave me whatever materials I’d need to help promote and publicise the event. I have two kids aged thirteen and fifteen, and I was quite keen on them seeing that Christmas is a little bit more than just receiving. I wanted to make sure that they took up that sense of social responsibility, and saw they were in a privileged position that others may not be in.

“In terms of the local community, there was already good awareness surrounding [the charity]. A lot of people who, say, had just moved to the area would have done previous GOAL Miles [in their former neighbourhoods], and thought it was absolutely fantastic. It’s an opportunity to step away from the hustle and bustle of Christmas Day for a small amount of time – 30 minutes, an hour.. on the one hand, they’re building up a few credits in their calorie burn before they sit down for Christmas dinner, and at the same time they know that they’re giving to a very worthwhile charity.

“The work that GOAL do overseas is fantastic. Their overseas aid is more about making sure that they put in sustainable programmes into a country, to allow that country to be self-managed when GOAL step away. Rather than just coming in and giving them a whole pile of food and medical supplies, they want to build an infrastructure that’s going to sustain them.

“We have three runs scheduled on Christmas morning. Many of the people that come and help me on the day are from my running club, so I put a GOAL Mile on for them at 9 o’clock. They’re all done and dusted by 9:10, and then we can all get into our various roles for the morning’s events. The runs are organised for 9:30, 9:40 and 9:50: the course doesn’t overlap itself, so we can start them all on time. I can say to [volunteers], “come down at 9’o clock, you’ll be finished by 10:15”. It’s a splash and dash.

“It’s grown quite organically over the last four years or so. We started off with 100 participants, and last year we had over 300; while the donations have grown from just over €1,000 in year one to €2,500 last year. What I’d say to potential first-timers is this: come out, have a bit of exercise, engage with people who are like-minded.. it’s a great morning for families to go to. You don’t have to be a good runner, a lot of people just walk – kids are coming along in their brand-new scooters. There’s a sense of family, there’s a sense of occasion, and there’s a sense that you’re giving a little to those less fortunate.”