Posted 2 months ago in Gig Reviews 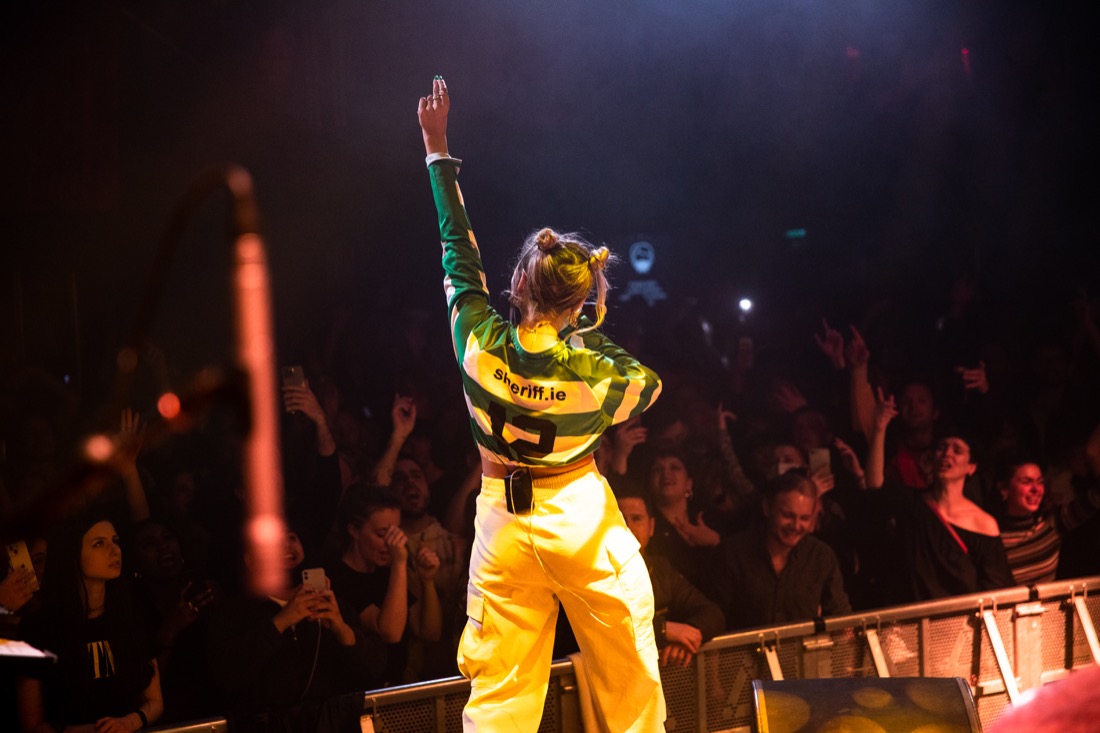 Gemma Dunleavy finally got to play a proper hometown headliner gig in The Academy on Saturday November 6. Music blogger Nialler9, who has been following her progress and evolution, was in the crowd.

Gemma Dunleavy is no newcomer when it comes to singing live and on record. The Dubliner’s distinctive honeyed R&B vocals have been a fixture on the Irish and UK underground club and electronic scene since 2012 as heard on collaborations with producers like White Collar Boy, CLU, Unknown, Orlando Volcano, Lost Horizons, Swing Ting and Murlo.

What is new, is the audience that have flocked to her solo work since last year’s Up De Flats EP, the breakthrough release for the singer.

2015’s audio-visual piece I Was Never Young But I’m Not Old Yet marked a sea change into the personal, with a juxtaposition of pink-tulle dance choreography and the location of the North inner city Croke Villas flats where she grew up. Gemma’s spoken word ruminations on the lack of housing, social justice and the omnipresence of young death, precludes the preoccupations of artists who explored similar subjects that came after, like For Those I Love.

“I wanted to represent the side that often goes unseen,” Dunleavy said of the video at the time. “The resilience, support and sense of community, bound together by the hundreds of strong women in the area.”

That spoken word piece was recited during Gemma Dunleavy’s triumphant sold out headline show in the Academy in Dublin in early November, a community which Dunleavy would further illuminate on the Up De Flats EP.

The Academy headline show was a celebration of Dunleavy’s artistic elevation and the family, community and people who live in and around Gemma’s birthplace of Sheriff Street, just around the corner from the venue.

Dunleavy’s EP found a great resonance and audience by sharing the depth of her experiences growing up there, and offers a counter-narrative to an area which was often demonised, and rarely commemorated. 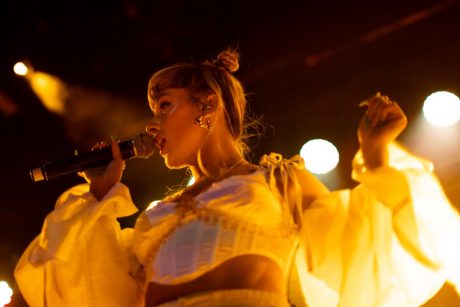 At The Academy, this community was writ large. There was video footage of the flats projected on stage, while Dunleavy spent time between songs from the EP contextualising the characters and stories of the area that she holds so dear.

She spoke eloquently of the death of 20-year-old Terence Wheelock, who died in police custody in 2005 under suspicious circumstances – a loss that is still palpably felt by the Summerhill community.

Underlining the family affair, Gemma’s cousin Antoinette Dunleavy supplied backing vocals on the night, and was given the spotlight to let rip for a track late in the set. As with the I Was Never Young But I’m Not Old Yet video, Gemma’s mother and auntie made the costume that she wore on stage.

A football-flag-style drape hung over the back balcony pitching “Gemma Dunleavy” as the kind of entity that a local community would support rain or shine. It read “They said we had nothing but we had it all,” a line from the EP’s title track and The Academy set’s last song.

Up De Flats is the marquee track in Dunleavy’s discography, and the one which so succinctly captures the pride of place of the North inner city community.

By the time Dunleavy sung the “will you always have me like I do you?” opening line, it felt like a celebration of Gemma, and her nearest and dearest, who joined her on stage for the song, all wearing the local Sheriff YC football jersey. 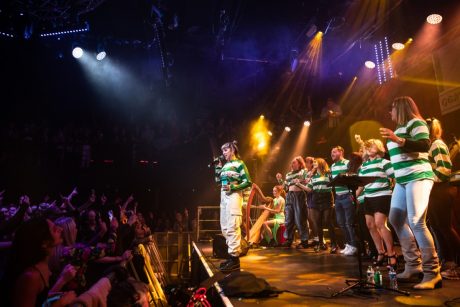 In the emotional closing minutes, they sang the song’s iconic refrain of “we’ll be shouting up de flats from the rooftops,” while dancing around with the beaming singer, bringing the distinct community spirit that Dunleavy’s art has been extolling on record to the stage for all to see.