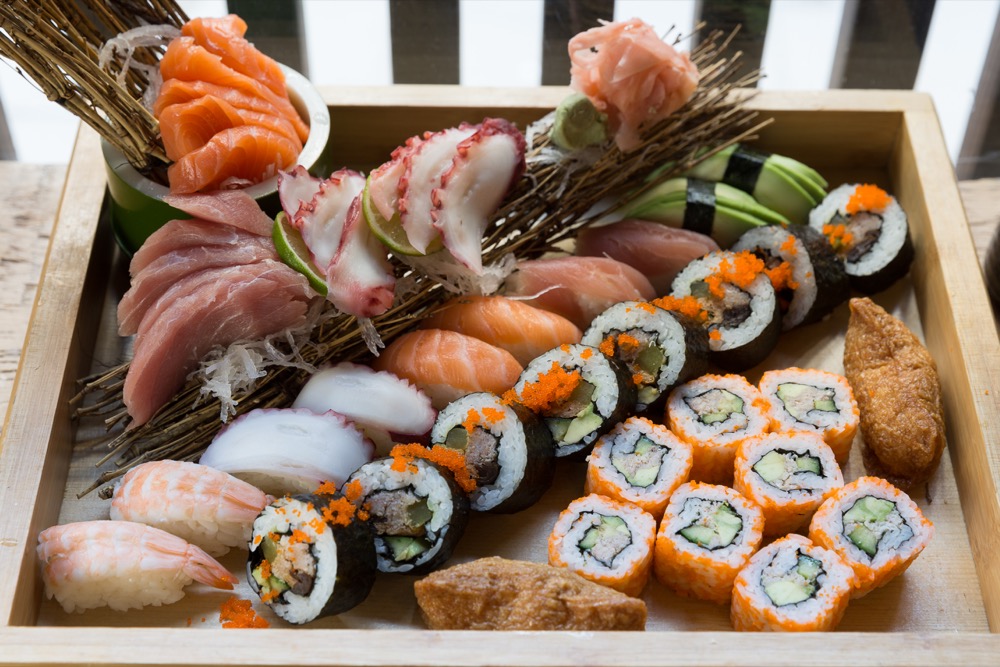 Humility is a beautiful trait and certainly one that I have always been known to possess in superabundance. It can encompass many things beyond mere modesty, such as a willingness to admit those little failings or errors of judgement that we might otherwise lie to ourselves as being beyond our control. We can, of course, train our conscience to kiss us as it bites. My particular conscience has been frenching my face off for decades but I’m willing to admit to a dining etiquette transgression that almost certainly coloured the experience that I’m about to recount in interminable detail. This is what humility looks like in blunt ten-point. Nevertheless, I had hand-picked a select group of individuals to join me in considering Sisu Izakaya for their gastro-credentials, each with experience of the baffling and frequently transcendent wonder of dining out in Tokyo. The problem begins when my wife and I meet with my current editor in The Long Hall for pre-prandial drinks. John and Nicky, veterans of multiple Japanese campaigns, are already there and have secured the beachhead of the window seats. This space is something of an Iwo Jima for Dublin drinkers – it is territory not lightly ceded and we expend one (at least) round too many.

When we arrive (at least) twenty-five minutes late to Sisu Izakaya, just metres away on the characterless conduit that is Stephen Street, it is immediately apparent that we are about as welcome as scum in a stockpot. At eight p.m. on a Sunday night the restaurant is empty and the music is set to ‘clean-down’ volume. It will remain that way. Our young American server has the bearing of a girl who’s just been informed that prom has been cancelled. My expectations too begin a journey of steady detumescence. Seemingly antithetical to the Japanese insistence upon and reverence for food specialisation, Izakayas are more catholic in their offering and as such, more amenable to the uncouth gaijin. That specialisation means that if you want to eat a particular dish in Tokyo (as a Japanese or clued-in round-eye) you will seek out those individuals who prepare that dish with maniacal and methodical zeal. If you desire Yakitori (and you should) you will go to a Yakitori-Ya, if gripped by a need for noodles you’ll roll toward a Ramen-Ya. This is the way of things. If you want all things at once and care less about the execution you are almost certainly not Japanese and you don’t deserve to be. This level of critical rigour is, of course, burdensome even to the natives. This is where the Izakaya comes in. 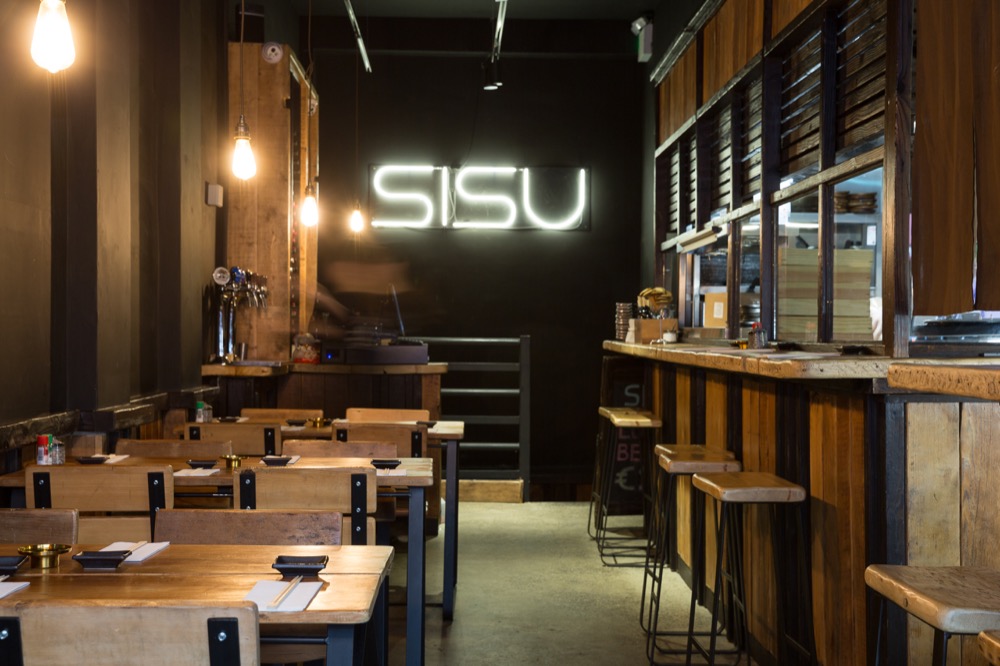 Bet-down salarymen come to these taverns to banish thoughts of ritual disembowelment and in the certain knowledge that their wives will soon be widows. They come to drink and sing and eat simple dishes from concise menus. The menu here attempts to feature every dish ever conceived or consumed in Japan, along with a few bits and pieces that some Japanese might have enjoyed on vacation at some point. I order a selection of sushi and sashimi for the table along with a flask of cloudy (Nigori) Sake, figuring it would be a nice way to begin the meal and perhaps lift the gloom. It might have been, but the platter arrives instead just before we call for the bill. The sake bottle is plonked, unopened on the table. Kanpai! Ebi (prawn) Tempura is quite passable although the oil could have been a mite hotter. Chicken Yakitori is pleasant enough too but I want to choose from different bits of bird for those skewers, hearts or gizzards maybe. They need to be cooked over a robata grill too for that perfume of smoke. Wagyu Tataki tastes very little of beef and very much of its cloyingly sweet ponzu dressing. Gyoza taste tired but are better than having no dumplings to eat.

The Ramen list is perhaps the oddest thing to find on an Izakaya menu and with good reason. The dish represents the very acme of specialisation and refinement of execution. The examples we tried were poor facsimiles indeed. Tonkotsu broth is chronically underpowered, a Miso variation nods in the direction of Miso. Noodles in both could have been Super, by which I mean they had the consistency of cheap instant noodles. When that Sushi does arrive we are almost replete and jaded of palate. It’s training-wheels stuff, airport grade at best. Most of the pieces are Maki and virtually all of those contain avocado. Prices are moderate but that doesn’t necessarily connote good value. Staff seem to finally warm to us when the bill is called for. Over nightcaps around the corner, it is commented by two of our party that out of three or four visits – this one was markedly the worst. 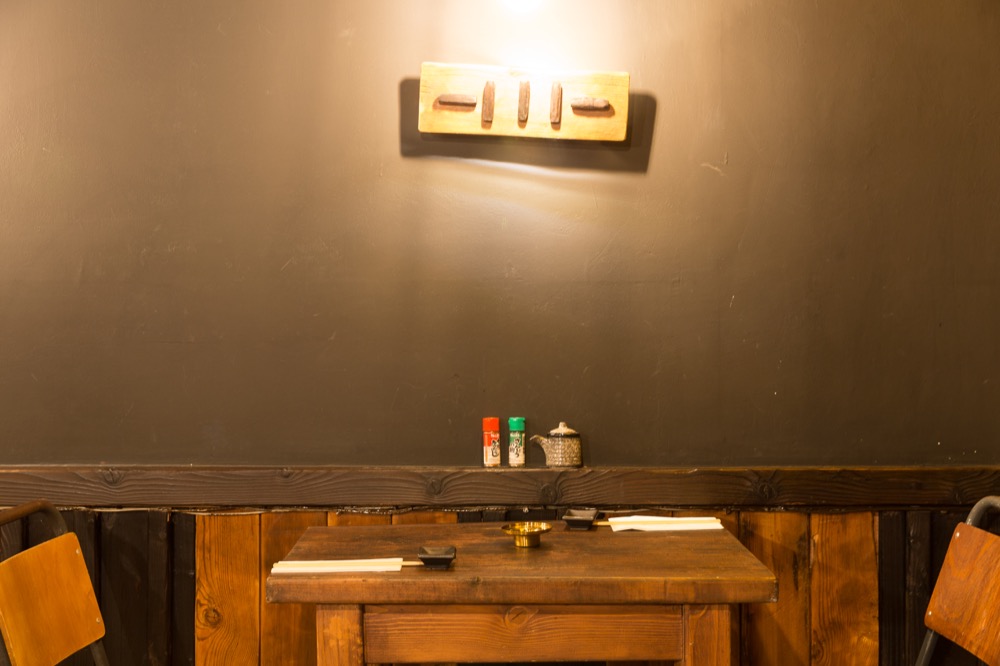 This was not a success for the restaurant or for the patrons and yet I’m experiencing a niggling feeling that a fair crack of the whip has not been afforded. Our reservation, secured through a third-party app, had actually been cancelled just seconds before we pushed through the door. That might account for the lacklustre, well everything. On a return visit at lunchtime, we find a buzzing room and warm (Japanese) service. Tempura and Gyoza are notably better and at €10 the daily bento does indeed represent good value. When our charming server brought the scarf my wife had left behind previously she had Marie Kondo’d it into a neat fold and presented it lying flat on her palms while bowing imperceptibly. Nevertheless. If you want Sushi or Sashimi you’d be better off paying a visit to Banyi in Temple Bar, if you want a real sake experience take yourself off to Yamamori Izakaya. Go to London for Ramen. If you want everything under the (rising) sun and you’re really not too fussy then this might be the place for you.