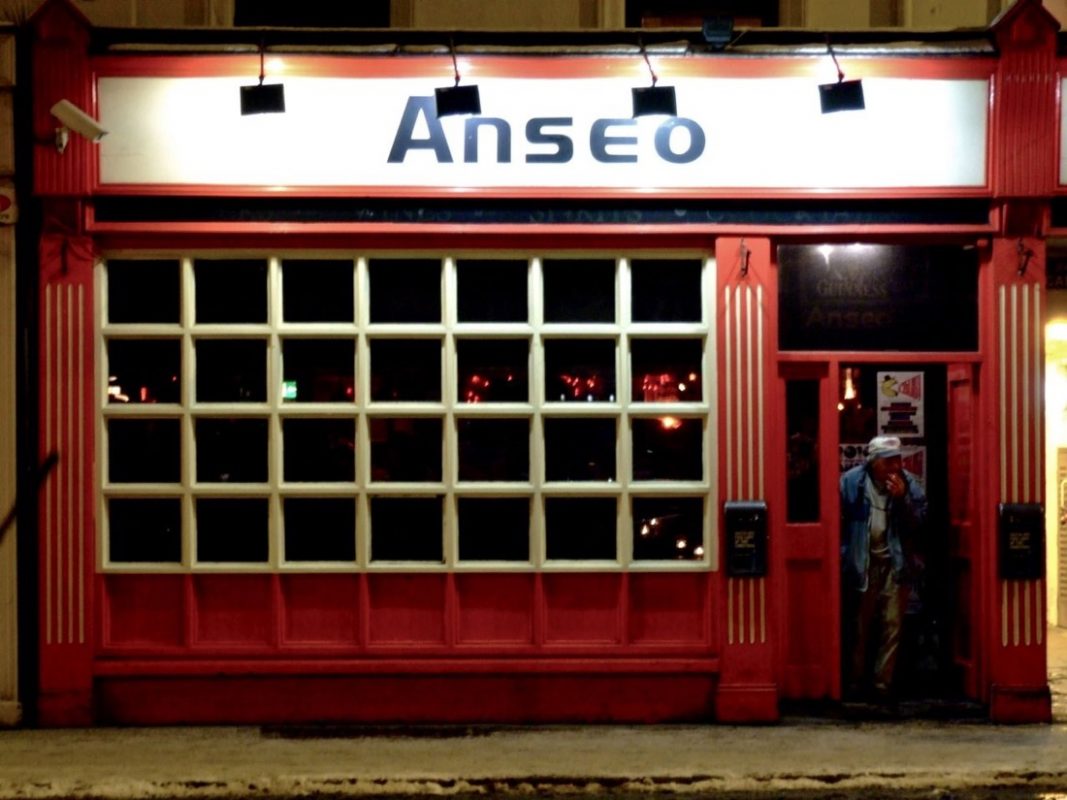 Eddie Bermingham is the gentle custodian of, hands-down, one of our greatest watering holes. As authentic as the blu-tacked posters on its walls, Anseo has been a loyal patron to DJs in the city and host of great comedy nights.

Shuttered since March 2020, Eddie remains sanguine about the possibility of a “limited re-opening” in the near future and questions the economics of slinging pints out a hatch without some proper plan in place from the Council.

One thing which really needs to change, in his opinion, is the late licensing situation which is punitive to premises such as his being lumped in with larger ones when it comes to rates. “You’d miss seeing people though. It’s been very stressful for staff and those paying rent and mortgages,” says Eddie.