Cinema Review: Under The Silver Lake 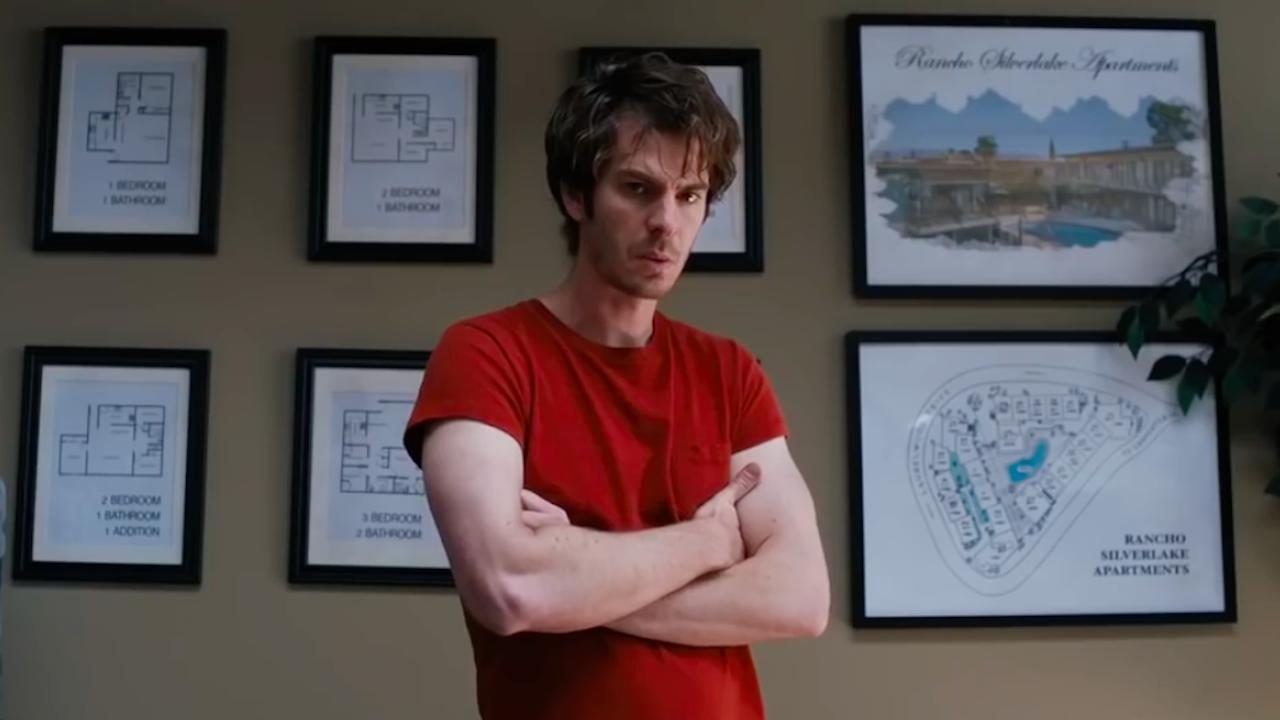 A bit of a detour here from 2014’s It Follows, Mitchell tries his hand at film noir here, somewhat reminiscent of 2005’s Brick. There are similarities between the two; the lovelorn male on a personal quest, the search for the truth and so forth. Brick though was generally better. Not that this is a dud. Aside from anything else, there’s a lot of ambition to admire here.

Garfield’s Sam is your everyday unemployed slacker/loser type. While spying on neighbours with his binoculars he discovers Sarah (Keogh) – a mysterious somewhat obtainable blond bombshell type (the archetype of many a film noir). After her sudden disappearance, his obsession with Sarah turns into a desperate attempt to uncover what exactly happened to her.

It seems an odd thing to say but it’s a very boyish film. There are a lot of scantly clan nymphs and sultry sirens. The camera’s gaze is very particular and lingers long on the female form. For the ladies out there, the best I can say is you get to see Garfield’s pale pancake ass, if that helps at all. Maybe not.

Mitchell leads us down a very winding, twisting road. There are many subplots – not all of which I’m quite sure get resolved – with many characters, some recurring over and over again. It’s a labyrinth of guesswork and it’s played out over 140 minutes, which is far too long.  It’s a fun caper and it is intriguing, you genuinely do want to see where it all ends up but I’m not entirely convinced by the ending.

It must be said, following on from It Follows, this is a disappointment. But forgetting what came before, it’s a good film, a fun film. Nothing more.