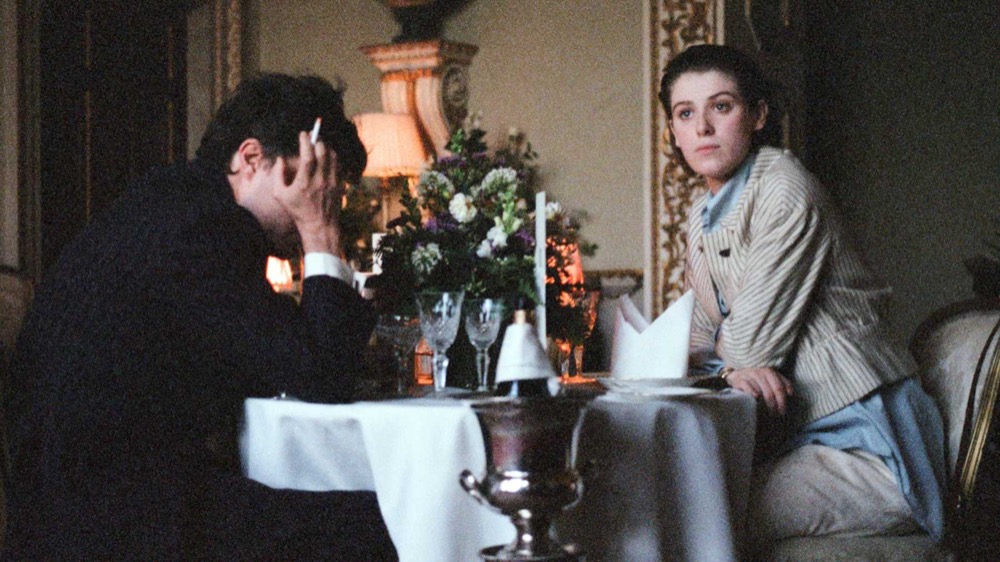 Julie (Honor Swinton-Byrne) is a film student in early 1980s London, earnestly attempting to fly the coop of her privileged upbringing by making a social realist feature. Her course is disrupted, however, when she enters a relationship with Anthony (Tom Burke), an intriguingly dissolute sophisticate who claims to work for the Foreign Office. In the background, Julie’s mother (Tilda Swinton, in a coolly inscrutable bit of casting) makes concerned noises, very politely.

In certain ways, Joanna Hogg’s exquisitely calibrated new feature evokes Henry James’ The Portrait of a Lady.  Like James’ Isabel Archer, Julie finds herself drawn into a parasitic relationship not out of naivety alone, but out of a belief in the possibility of a broader world beyond that of her experience.  The cruelty of the situation is that, in having the courage and intellectual curiosity to step out of their cosseted backgrounds, both heroines end up walking into far more restrictive traps.  However – given the autobiographical nature of the material – it is not a spoiler to note that, happily, Julie’s outcome is less bleak than Isabel’s.

In one particularly memorable scene, Anthony takes Julie to see Fragonard’s The Souvenir at the Wallace Collection. With this in mind, it would be easy to describe The Souvenir as a ‘perfect miniature’, or some such hogwash. This would be wrong on two levels. First, it’s not perfect: the evocation of period is a little contingent (watch the bookshelves, particularly); and the final shot feels a shade pat after the subtlety of what has preceded it. More importantly, though, The Souvenir isn’t a miniature at all. As specific as its subject matter may be, it feels expansive, mysterious – even unfathomable. It has a lingering, haunting quality upon which it is difficult to put one’s finger.  Whatever it is, it’s unmissable.