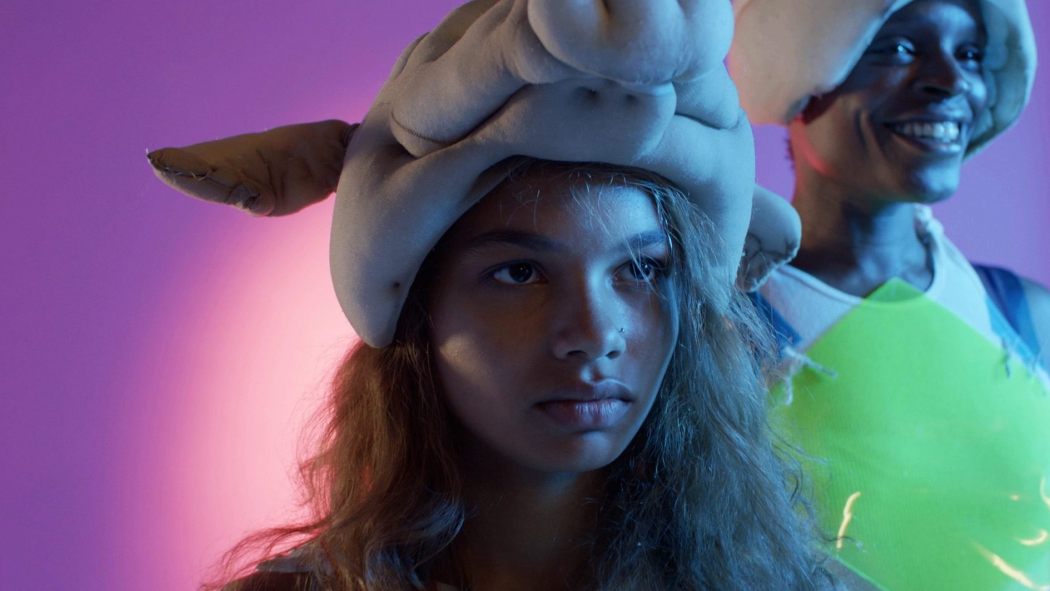 Interaction on any level with performance art and theatre troupes are probably outside the comfort zone of many. For Madeline (Helena Howard), it is everything. It’s her release and the raw expression of her world.

Molly Parker’s theatre director, Evangeline, starts harnessing Madeleine’s mental illness for her show and the troupe follows suit, revelling in her sporadic outbursts and cat performances. She’s apparently very talented at pretending to be a cat.

Core to the film is the strange relationship between daughter Madeline and mother Regina played with anxious neuroticism by Miranda July. Much of their interactions are uneasy, volatile, and mapped out with slow shots of hazy lingering close-ups and eyeball level gazing. Subtly takes a beating, as everything is slap bang in your face.

But back to this performance art. It’s fun watching such unbridled exuberance and passion spill out on the screen, even if it all seems a little silly and far too serious. Decker constructs an odd mesh of ideas when she folds in issues of mental illness and racial politics alongside Madeline’s totally submerged performances. We get to experience Madeline’s distorted view of the world, that blurring of fantasy and reality. It’s remarkable and frightening at times.

It’s good to know that experimental cinema is still out there, alive and kicking, but Decker’s own brand is a hard sell. I’m still waiting for her masterpiece. Much like her previous work Butter on the Latch (2013), the filmmaking is bold and brave but the tone shifts uneasily throughout, weaving around its multifaceted subject matter. Like her previous films, Madeline’s Madeline is full of toxic, wayward characters and even at 93 minutes, it drags and bores, the whole thing anchored by the beautiful and obviously very talented Helena Howard. Cat impressions aside.