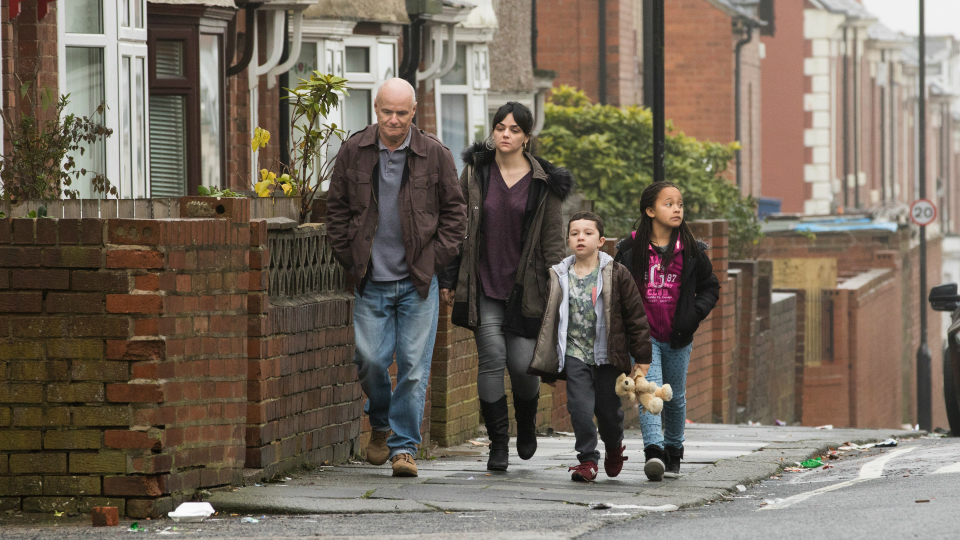 Daniel Blake (John) is a good man, but that doesn’t mean much in today’s world. We meet him in the midst of a typically frustrating encounter with unemployment services. He has recently fallen from scaffolding after having a heart attack and is unable to return to work on doctor’s orders. But he quickly realises that state services are more concerned with soulless and seemingly wilfully absurd box-checking than the living human being before them. Single mother Katie (Squires) finds herself similarly faced with welfare bureaucracy after moving from London to Dan’s native Newcastle, and they strike up a genuine bond in the face of their ever diminishing resources.

I, Daniel Blake is a simple film about kindness and solidarity, and the cruelty of a society in which they can nonetheless persist. But in its simplicity lies also its brilliance. Likewise, we can see its narrative championing of generosity, integrity and honesty as a reassertion more generally of the value of Loach’s filmmaking practice. In times of almost banal and totalising inhumanity dictated by capitalist social conditions, his empathetic, realist vision feels more vital than ever. An extraordinary and powerful film.