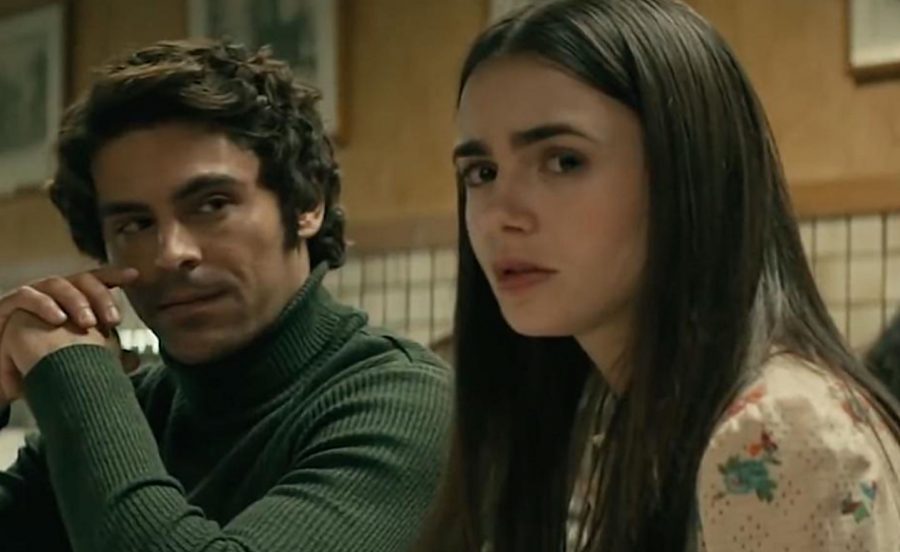 When the judge sentenced Ted Bundy to death at his Florida trial in 1979, he named the serial killer “extremely wicked, shockingly evil and vile.” This is not a spoiler for Joe Berlinger’s 2019 film, which uses the same phrase for its title. In fact, Extremely Wicked, Shockingly Evil and Vile is the story of a man who is, simply, quite the opposite.

Played by teen heartthrob turned charming movie star Zac Efron, this Ted Bundy is more on par with a celebrity than a killer. When we first meet him outside of his prison cell, he is at a local college bar in Seattle, seducing his love interest Liz Kendall (Lily Collins) and the audience alike. Thus begins Berlinger’s attempt at a romantic comedy, in which we are wooed into believing – and rooting for – a man that is being investigated for the kidnapping and murder of multiple women.

Throughout the story’s timeline, Berlinger thrusts us into mindset of Liz and the rest of the people that knew Bundy before his sentence, suspending us in disbelief, doubt and, ultimately betrayal. He succeeds in showing us the charismatic and trustworthy Bundy (played expertly by Efron) that everyone around him saw – everyone, of course, except for his 30 (or more) victims.

This is where the film goes sour. By depicting Bundy in this way, Berlinger is continuing the narrative that the real-life killer wanted to portray. He is neglecting the tragic truth: that when Ted Bundy was not taking care of Liz and her daughter, he was brutally raping, murdering and dismembering multiple young and innocent women. Berlinger doesn’t show us this side of Bundy until a brief moment at the very end of the film, in which we are finally allowed to understand the judge’s sentence.

Because of this, the stories of the very real women that Bundy murdered are once again lost to a man preoccupied with his own narrative. In a culture that has become increasingly drawn to true crime, what with a buffet of viral murder podcasts and Netflix docu-series of which Conversations with a Killer: The Ted Bundy Tapes is also directed by Berlinger, it is important to remember whose stories deserve to live on, and whose should be exposed for what they really are.