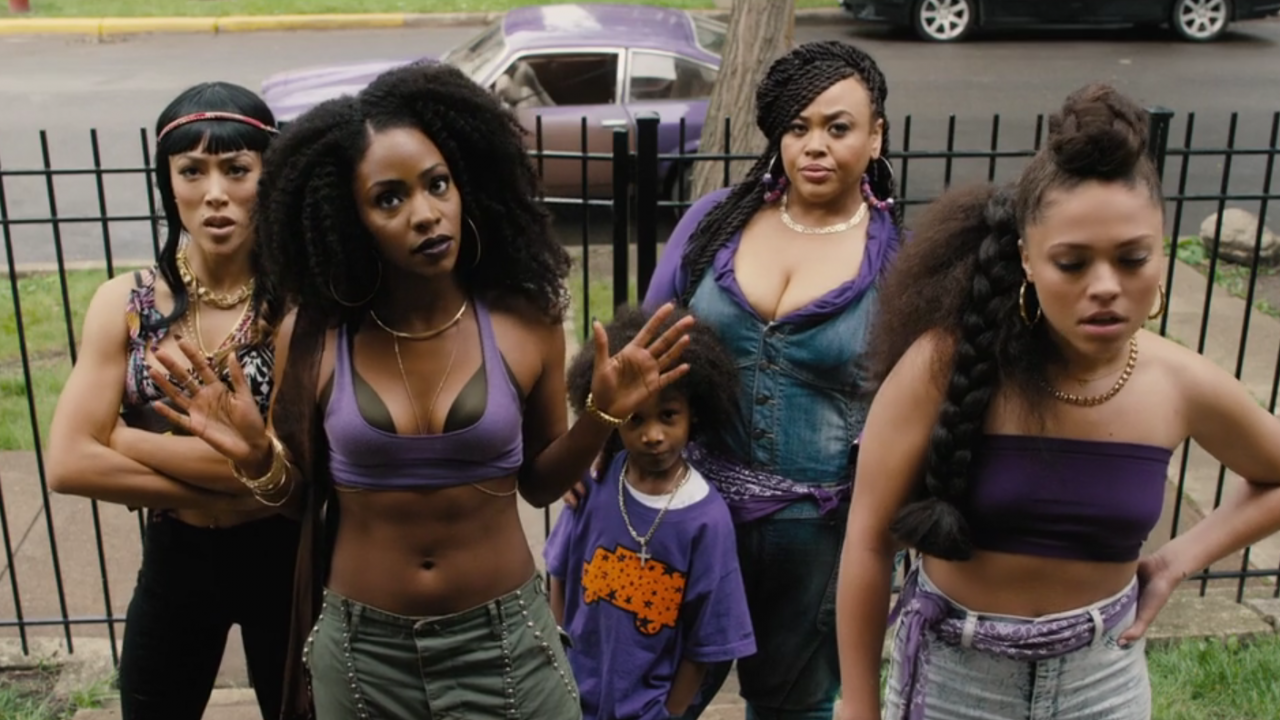 A musical adaptation of Aristophanes’ Lysistrata set in contemporary Chicago – named Chi-Raq because its homicides outweigh the number of American troops killed in Iraq over the same period (though not the number of Iraqis killed) – with Samuel L. Jackson as its rhyming chorus/interlocutor? Yes, it’s directed by Spike Lee and yes, it’s an absolute mess. The conceit: the women of Chicago stage a sex strike (“No peace, no pussy!”) led by the righteous and charismatic Lysistrata (Parris) until violence is ended once and for all.

Chi-Raq’s problems are manifold. Firstly, as with many Lee films, there is simply too little narrative focus. It’s hard to believe just one man directed it. Scenes bloat and digress, while the tone shifts from farce to high drama, with the effect of achieving neither. A film that would work better (like its source material) as a satire of patriarchal sexual mores, turns into a mawkish indictment of gang violence that pays only awkward, intermittent lip service to a more radical racial politics, and by its conclusion is more concerned with the white liberal hobbies of municipal planning and blaming black people for their troubles.