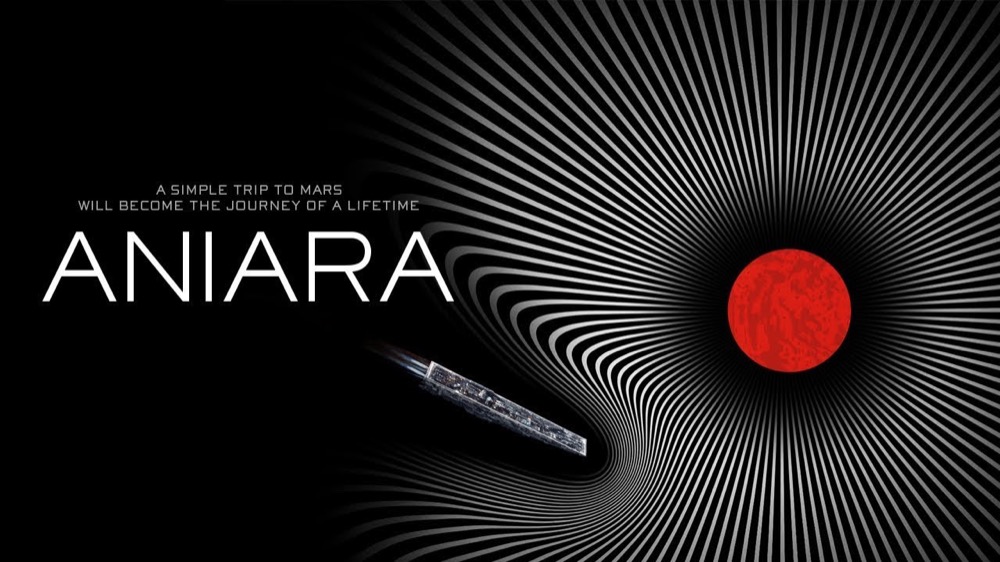 Based on an epic science-fiction poem written by Swedish Nobel laureate Harry Martinson in 1956, Aniara relates the tragedy of a spacecraft, originally bound for Mars with a cargo of colonists from the ravaged Earth. What is meant to be a three week trip takes a ‘critical engine failure, meltdown imminent’ twist leaving all passengers stranded in space. While equipped like a fancy cruise ship, those stranded seek solace in Mima Hall, an Olafur Eliasson ‘Turbine Hall’ style glowfest meets Hal 9000, which takes people’s memories and transports them back to happier times. Until, Mima has its own meltdown at the state of humanity.

Amidst this existential dread is MR (Emelie Jonsson) who works with Mima and is blamed by Captain Chefone (Arvin Kananian) for its capitulation. Running concurrently, is a fledgling love story between MR and Isagel (Bianca Cruzeiro), a pilot on board Aniara. It’s worth noting that Aniara has already formed the basis of an opera and an album by Kleerup. It is divided into chapters, each one reminding us how long has lapsed since the malfunction.