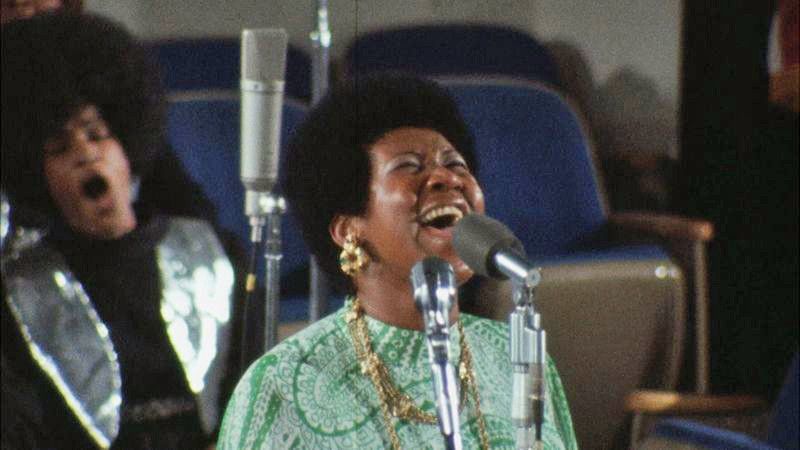 Though Amazing Grace is considered a high point in Aretha Franklin’s career, it’s taken nearly 50 years for the accompanying concert film to reach our screens. Why? Because future Oscar winner Sidney Pollack didn’t use a clapboard to synchronize the sound and picture. If that’s not a comforting story for clueless student filmmakers, I don’t know what is.

Now after many years of digital tinkering, not to mention legal battles with the queen herself, producer Alan Elliot has finally brought Amazing Grace to cinema goers. Over the space of two nights at the New Temple Missionary Baptist Church in Los Angeles, Aretha Franklin returned to her roots by doing rendition after glorious rendition of gospel tunes. Backed by Reverend James Cleveland, the Southern California Community Choir and a host of incredible musicians, the album is an epic tracklist of euphoric gospel. Through it all Franklin towers above her band, bellowing each note with an astonishing mastery.

Of course, this is old news to anyone who’s enjoyed Amazing Grace since its release in 1972. The real question is how the film measures. Well for starters this is very much a ‘just the facts ma’am’ documentary. There’s little footage between the gigs, and Franklin seldom, if ever speaks. Those hoping for an insight into Aretha Franklin, the woman can go elsewhere.

But for those looking to spend time in the Queen of Soul’s court, Amazing Grace is a thing of beauty. Franklin stands still on the stage, every bit the regal figure that her work suggests. Around her the choir whoop and applaud, the audience close their eyes in religious devotion and the band struggle to wipe away the sweat (or is that tears?) that comes from playing with such a powerhouse.

The highlight is of course the title track, which sees Franklin lingering indulgently on every syllable, working her way up and down the scales, causing the entire building to get on their feet in total adoration. If only going to church was always this good.