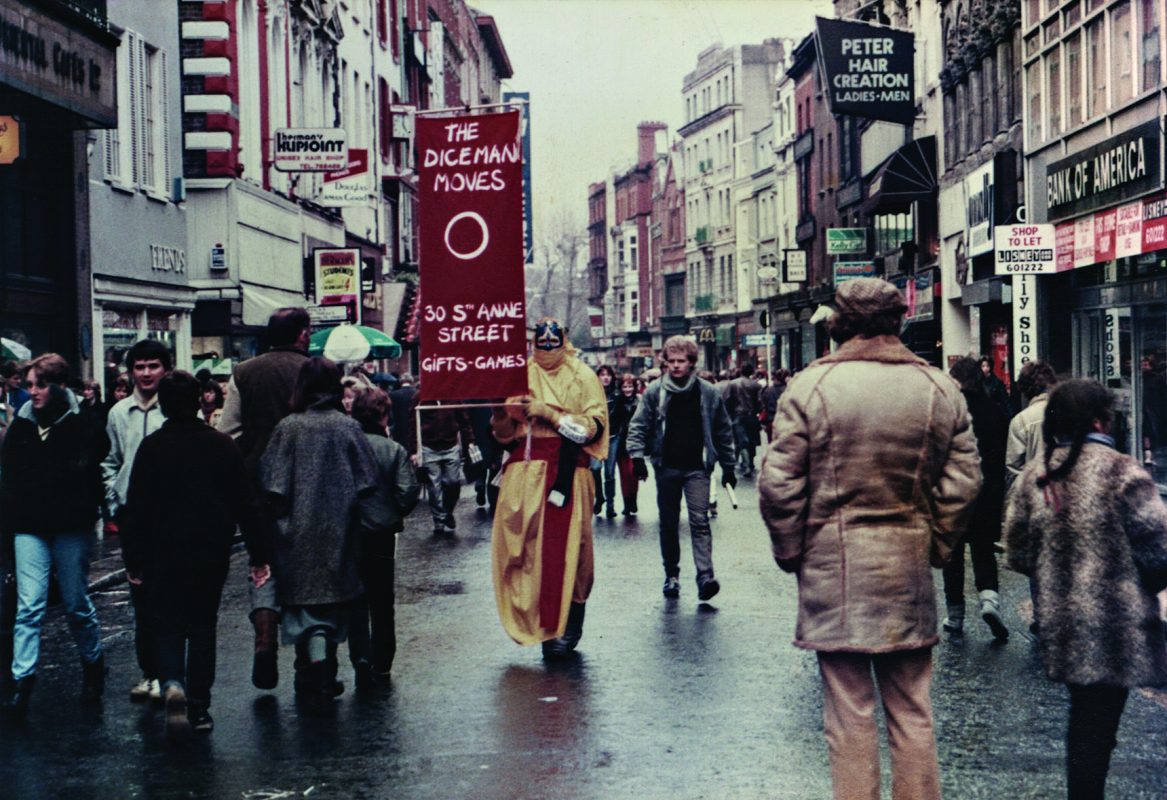 Coinciding with the 25th anniversary of his passing this spring comes an appreciation of The Diceman. Thom McGinty was a much beloved Grafton Street character, intrinsic to the culture of the city and fondly remember by all those who encountered his mime antics during the ‘80s and ‘90s. He brought the street to a halt as onlookers crowded around for a gawk as he stood there impervious to their attention or undertook his ‘Zen walk’. And, then, with a wink or a flinch he tumbled their tension into mirth and awe.

The late Gay Byrne conducted a sympathetic interview, with McGinty on The Late Late Show in 1988, in which he dispelled many of the myths and ignorance which existed at the time about the AIDS virus of which he suffered. He died age 42. This is the most fitting of tributes to one of the city’s most cherished.