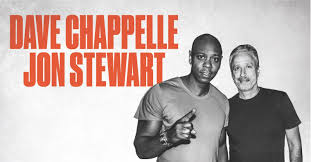 Two titans of comedy make their Irish debuts at this mobile-free show. Chappelle follows in the vein of Eddie Murphy (‘80s) and Chris Rock (‘90s) as a great of his generation, seamlessly mixing incisive social commentary into his comedic flow. Indeed his reputed $60m Netflix deal for stand-up specials cemented their disruptor status within the sphere. Meanwhile, Stewart has been on a hiatus since leaving The Daily Show in 2015 after a 16-year tenure. Whether he could have contained himself or simply self-immolated during this Trump White House is arguable. If you have €770.75 spare you can meet and greet the boys.