In The Frame: Ross McDonnell – Limbs


Posted 4 months ago in Arts and Culture, Photography 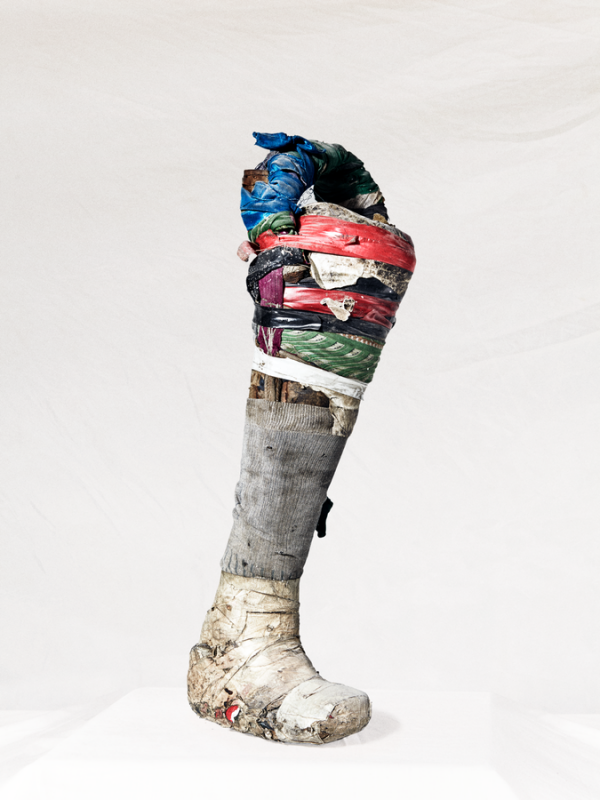 “Limbs is a series of photos of improvised prosthetic legs that I was told existed at the Orthopedic Hospital in Jalalabad during one of my trips to Afghanistan.

While working at the ICRC hospital in Kabul, one of the staff members (all of whom are amputees) told me about a ‘gallery’ of handmade limbs that villagers had left behind when they came from rural areas to be finally fitted for a proper prosthetic.

“They are incredible objects,” he said, “one is even made from an RPG.”

It was enough to pique my curiosity and arrange a trip to Jalalabad, Nangarhar province.

When stripped of their surrounding context, this series ‘Limbs’ tries to break from the jaded depictions of civilian casualties we have become accustomed to seeing from far-flung conflict zones. I sought also to avoid the many visual tropes that have come to define the Afghan people, who, are perhaps largely seen as either suffering women or potential terrorists in the Western discourse. 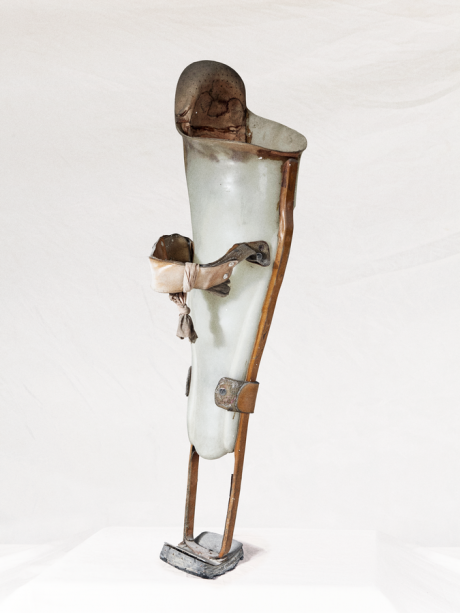 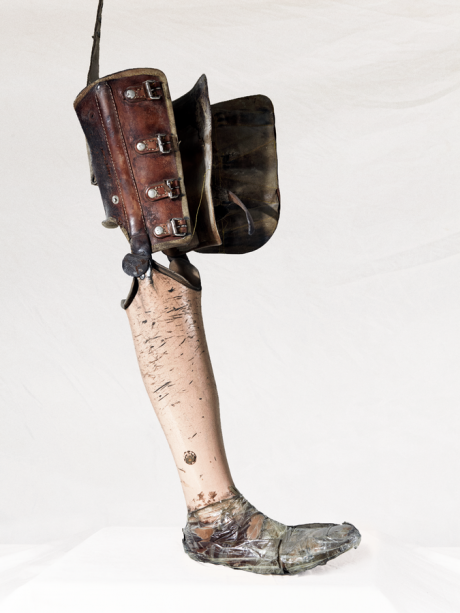 With ‘Limbs’, the viewer is presented with the image of a prosthetic leg and invited to imagine the individual who took the time to adapt, construct or improvise their own prostheses. The photographs humanise and personalise a subject that we, perhaps, automatically associate with suffering. For me, the series serves to anthropomorphise the particular resilience and optimism of the Afghan people whom I spent many years documenting.

These prosthetics are presented as sculptural objects. The individuals who created these prosthetics rejected – both by necessity (due to an acute scarcity of materials) and through their own creative impulse – what the medical establishment sets as nominal criteria for a prosthetic leg.

Seemingly unconcerned with function, cosmesis and comfort; these individuals favoured radical adaptation, combined with a personal sense of expression in the creation of their bodily extensions. The results are both idiosyncratic and poignant. The star-speckled night sky. A fashionable boot. Even the spent casing of a Rocket Propelled Grenade, it seems, were viable materials for the Afghan amputee.

I read that experts believe the success of a prosthetic depends 10% on the object and 90% on the patient’s attitude to it. These images are testament to that attitude.”

Limbs was first published in the New York Times magazine and shortlisted for the Prix Pictet, the world’s leading prize for photography and sustainability. The theme is Hope and the exhibition with fellow short-listed nominees, including fellow Irish photographer Ivor Prickett, and overall winner Joana Choumali will run at the Gallery of Photography until November 6. 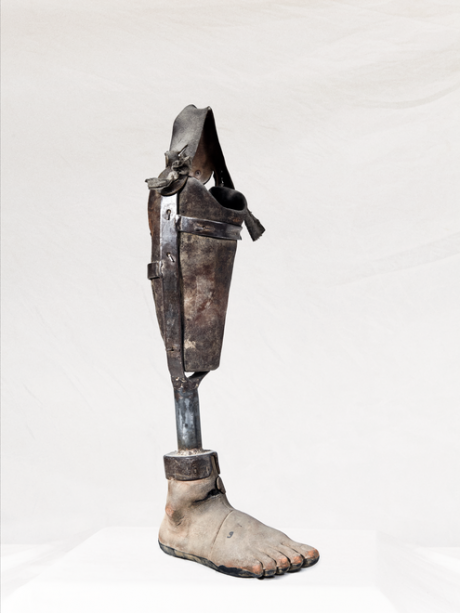