Fringe Festival 2017: The Egg is a Lonely Hunter 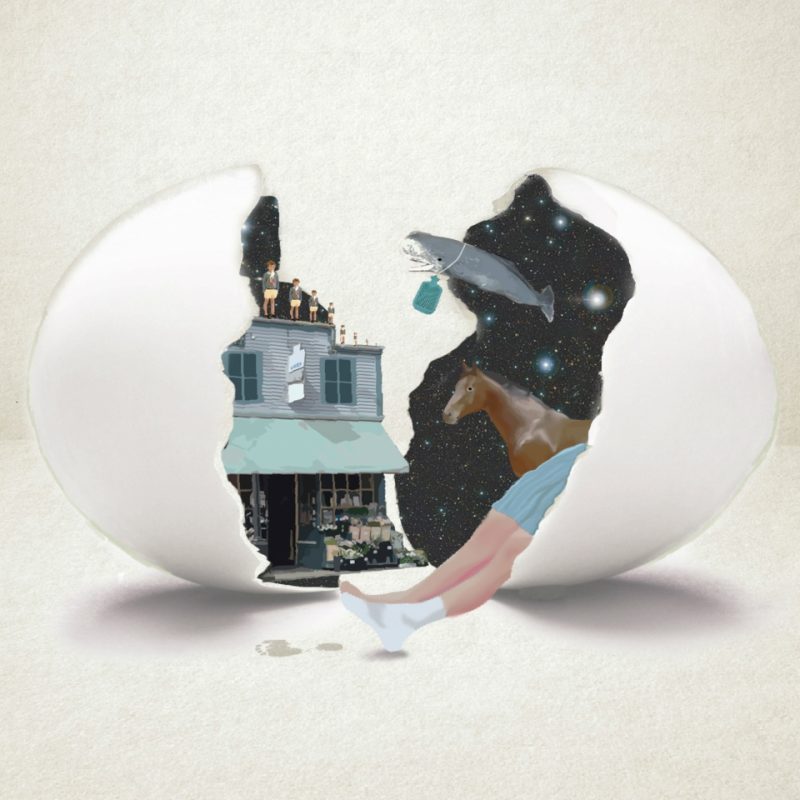 Hannah Mamalis’ The Egg is a Lonely Hunter will be performed on September 13-17 as part of Dublin’s Fringe Festival. John Vaughan sat down with the writer/performer Hannah Mamalis to talk about her stage play.

John: Can you talk a bit about the title? Is there a connection to Carson McCullers’ The Heart is a Lonely Hunter?

Hannah: I literally just liked the title! The Egg is a Lonely Hunter is about a girl who lives in a town, with an irrational fear of eggs, which is one of her driving motives. I thought, what can I throw the word ‘egg’ into? And I saw the title of McCullers’ book and went with it. So there’s no direct connection to the book. But the main narrative focuses on her loneliness and her inability to connect with people. So it blends well with the title.

John: I think that book is about two mutes…

Hannah: Oh is it? That works! An inability to communicate!

John: Why did you choose the stage as the platform for your piece?

Hannah: This is the first thing I’ve written for myself to perform. I’ve written general pieces before, but it was the Scene and Heard festival in Smock Alley that gave me the kick to do something. I knew I wanted to write; I had done performance and other things in the past. So I thought I should probably write something that I can do myself. Scene and Heard made me write something and, once I was in, I had to do it.

“Weird and dark are the vibes, really.”

John: You’ve been described as an absurdist writer; are you comfortable working under the label ‘absurdist’?

Hannah: Yeah. Label’s are weird anyway, right? The stuff I write is a little bit absurd. My stand up would be on the darker, weirder end of the comedy spectrum. Weird and dark are the vibes, really. It’s something I want people to go in without a narrow expectation of “this is going to be funny.’ There are comedic elements in it, as well as sad moments, so I’d prefer if people didn’t bring any one specific expectation to it.

John: Is stand-up similar to acting, in that it’s kind of a performance? Do they overlap for you?

Hannah: I find that they all connect very well. The first thing I did when I came out of college was enroll in an acting course for a year. It definitely started a path of all these things that eventually connected. When you’re doing something like that as a course, you start to think it’s what you want to do for the rest of your life. I started stand up a year ago, and I really liked that. What I really want to do is, like, an amalgam of acting, writing and comedy, which is what I hope The Egg is.

John: Absurdism has a history of frustrating its audiences. Would you prefer an audience to go in with an open mind and not to worry too much about the ‘hidden meaning’ of your work?

Hannah: I mean, those layers are definitely there. You can go so deep into something, but you might miss the initial experience in doing so. By the end of the play there’s something that should click in your mind – you’ll make a few connections and it will (hopefully) make sense – but there are no concealed puzzles.

John: Would you consider this a play in the traditional sense, or is it more of a combination of disparate forms – stand-up, acting, etc.?

Hannah: It’s a funny one. It definitely is a play in the sense that it’s me, standing on a stage. But it also has elements of storytelling. Its about a character sharing a past experience: there are sections that are memories and dreams, and sometimes she’s not even there. It has certain conventional elements, in that there’s a beginning, middle and end. But there are also moments of comedy as well as drama. It’s very influenced by Don Hertzfeldt, who is an animator, and I was influenced by how he blends different genres, and how he’ll have an animated character losing his mind and get really emotional.

John: That sounds a bit heavy for animation!

Hannah: It is! That’s what I love about animation: you can trick people into thinking it’s a kids’ show, then pump it full of meaning and really get to people. It can go straight to the heart of things without you even realizing it.