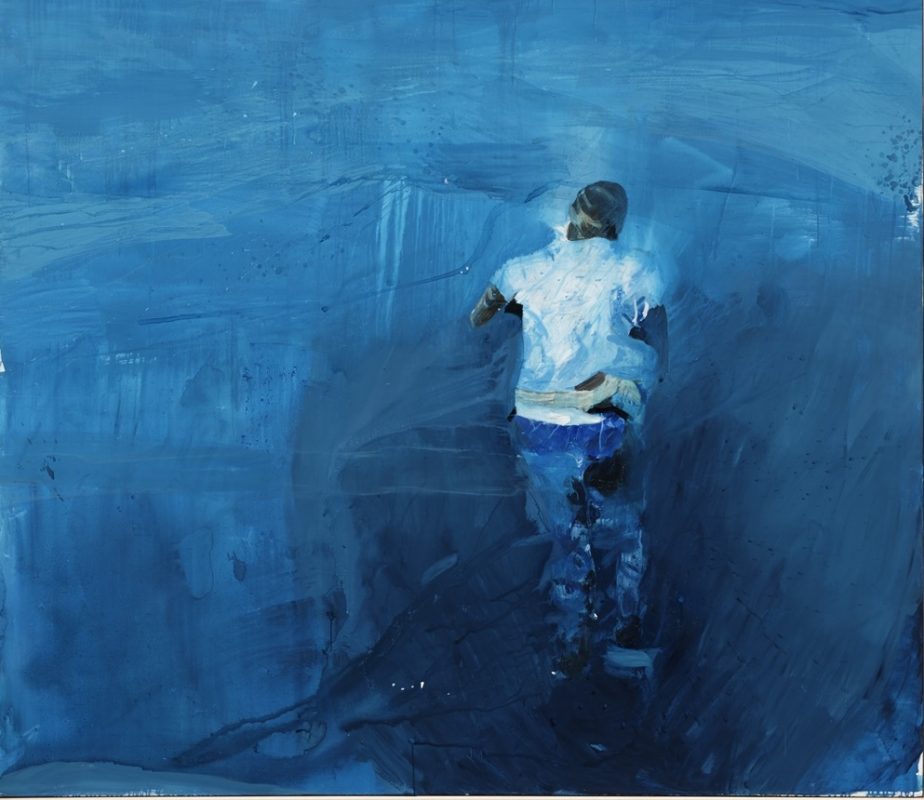 Brian Maguire has never shied away from unpalatable subjects. His previous work has dealt with such topics as the gruesome consequences of drug wars in Mexico, the brutal reality of feminicidio (the killing of women simply because of their gender) and institutional life in psychiatric hospitals, prisons and women’s shelters.

His artistic practice is rooted in solidarity and the struggle for justice. These paintings are the result of a trip through Italy and the Balkans, tracing the route taken by so many recent migrants. They examine displacement and human dignity in the context of the current global refugee crisis. Maguire’s imagination roams around Europe, finding his subjects everywhere from the beaches of the Mediterranean to the Paris Métro and Dublin’s direct provision centres.

The title of this exhibition, Over Our Hollow Heads The Seas Closed Up, comes from Dante’s Inferno, via Primo Levi’s Holocaust memoir If This Be a Man. Invoking visions of hell right from the start, this is not an easy or comfortable artistic experience.

The title painting depicts a fully-clothed figure, his back turned to us, who seems to be running away. Until we realise that his vast blue surroundings are the depths of the sea. There’s a strange beauty to it which characterises all of Maguire’s paintings, and only makes the horror of these scenes even more potent. A similar perverse beauty is at work in The Unknown Dead, which evokes a nightmarish scene of drowning bodies in a sombre palette of blues and blacks. The bodies appear as undefined shapes in the water, something like a vision of the underworld.

Stalingrad (Metro) Paris evokes another gruesome story of the World War II but marries that horror to the banal surroundings of a Paris Métro station. Restricting our view to a tiny corner of the station, it resembles a prison cell, the barred door and clinical white suggesting imprisonment and sterility. Something similar is happening in Hatch Hall (Dublin) which focuses on a metal-frame bed overflowing with colourful clothes and possessions. It suggests precariousness, containment, the idea of full, rich lives straining against unjust restrictions. 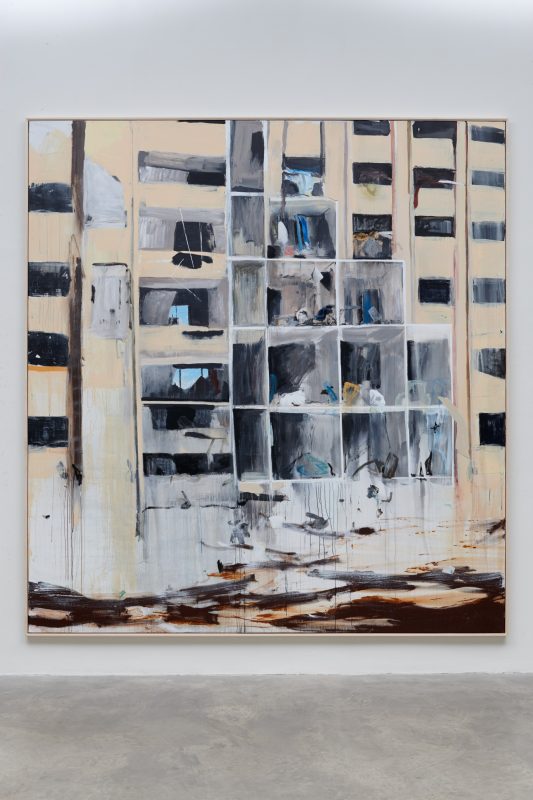 Apartments Aleppo offers another empathetic image of lives destroyed by forces outside their control. The building is open on one side like a doll’s house, affording the viewer an unobstructed view into the abandoned apartments. This is one strategy out of many employed throughout the exhibition to humanise the victims of the conflict in Syria, compelling the viewer to empathise with the destruction of their lives and homes.

Linking the plight of Europe’s refugees with a Billie Holliday song, and thus with the black civil rights movement in America, Strange Fruit (Europe) presents another horrific depiction of drowned bodies, here washed up on a beach. As if emphasising difference, the bodies are coal-black against the yellow sand, and twisted into unrecognisable shapes. The Known Dead offers a counterpoint to this; a similar scene, this time with recognisably human figures, individualised by their clothing. The landscape is bleak, grey, otherworldly. These migrants may as well have landed on the moon for all the welcome they have received.

This is a timely and important exhibition from an artist with a clear gift for entering into the lives of some of the most marginalised people with empathy and respect.

Over Our Heads the Hollow Seas Closed Up runs until Saturday 20th August at the Kerlin Gallery on Anne’s Lane, South Anne Street, Dublin 2.