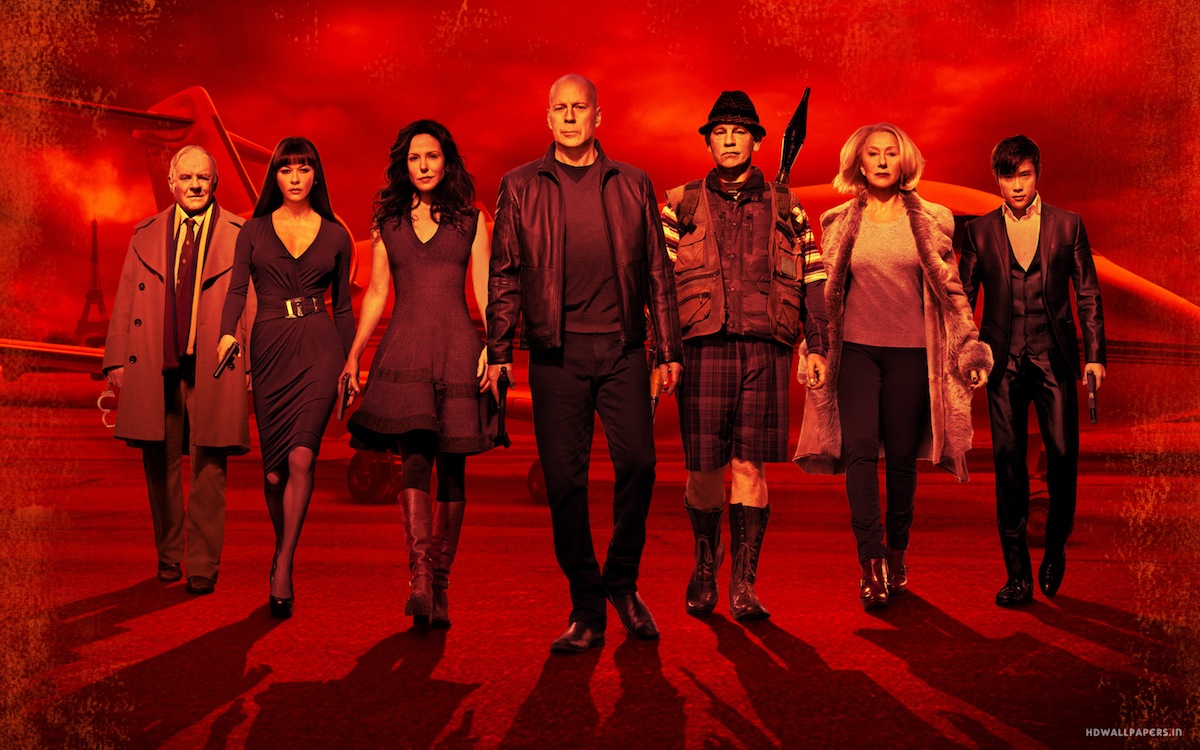 Frank Moses (Bruce Willis) has got himself in a spot of trouble: the CIA is after him, assassins are hot on his heels and his ditzy girlfriend’s along for the ride! Red 2 is an action film with a very light touch: so light in fact, that you’ll barely be able to tell there’s a touch, or any real vision guiding the film at all. There’s a scarcity of tension as Willis, Mirren and Malkovich ‘action hero’ their way through all of the film’s fights entirely untouched by bullets, explosives or punches-to-the-face.
In one sequence, Han (Byung-hun Lee), ‘the best assassin in the world’, attacks Frank and Marvin (Malkovich) with a Gatling gun, bullets fly all over the place and the camera tracks the destruction through fly-overs and snatch-and-grab shots of wreckage and scrap metal. Frank and Marvin avoid injury and escape, generally undermining Han as the world’s best assassin and also letting us know that there’s no point in worrying about anything to come: we can turn our brain off, safe in the knowledge that we won’t need it for anything at all. – LM