Tiger Dublin Fringe: Marky Mac Sherry Tells It Like It Is 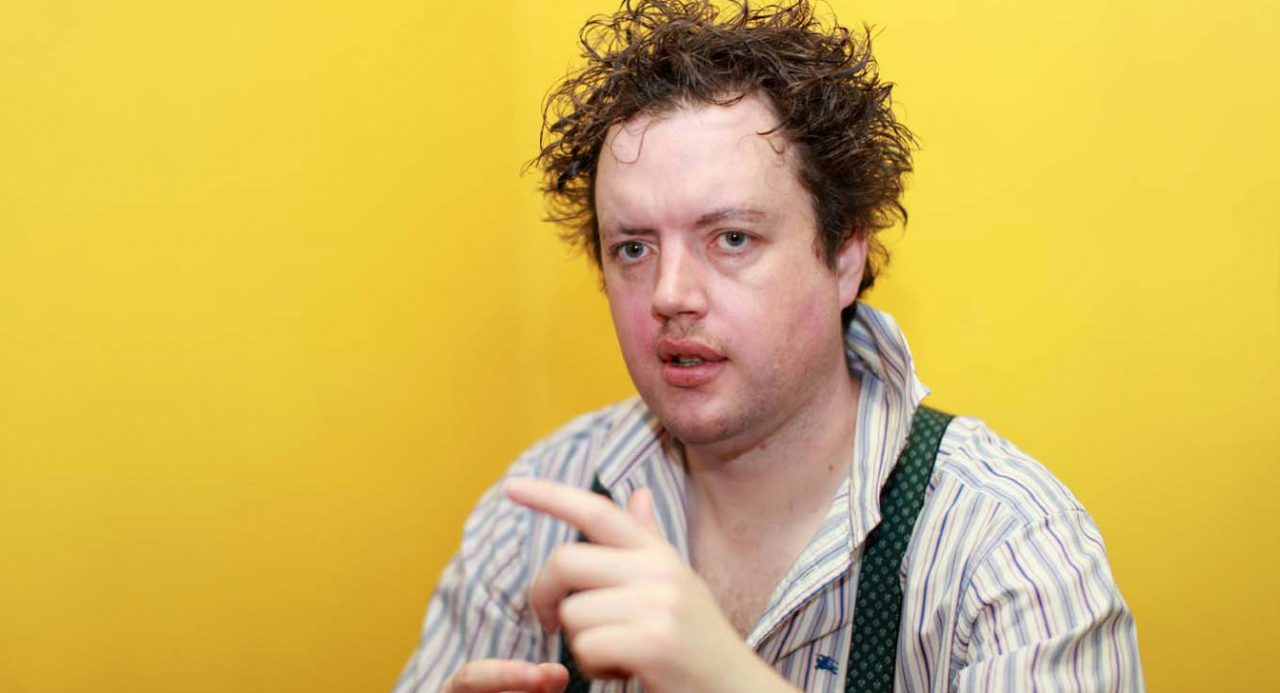 When does something stop being a theatrical monologue and become a piece of stand-up comedy? Martin Sharry knows. Or, he’s not sure but he’s using that lack of clarity to his advantage. The theatre maker and writer hails from Inis Oírr, the smallest of the Aran Islands, where ponies and their traps ferry day trippers around the patchwork of turf crisscrossed with dry stone walls all through the summer season. Now resident in Dublin, he still has the typical islander’s enthusiasm for identifying himself first and foremost by his place of origin – it’s the first point of information on his Twitter and website bios. And yet, he hesitates over the claim.

‘I always preface saying I’m from Inis Oírr with “kinda” – my family is from there, I moved down permanently when I was 10 and I’d spend every summer there prior to that. But, I’m not 100% fluent in Irish and that makes me feel like I can’t claim my origins there fully.’

Dithering between two hometowns (he spent his winters in Ballymun prior to moving back to the island) and two tongues, it makes sense that Sharry’s work tends towards what he describes as ‘the other, the liminal and the limits of language.’

‘Growing up in a house where you’re conscious you’re speaking a second language changes your attitude to how you speak – there’s an extra consciousness of language, an extra layer of reflection.’

For this year’s Tiger Dublin Fringe, Sharry is attempting a work that wavers between theatre and live comedic performance. He describes it as a monologue that will potentially straddle both forms. ‘It’s theatrical in that it avails of the possibility of a fourth wall – I want to use that to my advantage, to tease people a bit.’ Titled Marky Mac Sherry Tells It Like It Is, the piece sees Sharry tell it like it is. To an audience. Without actually telling it like it is. Sound confusing? Sharry explains:

‘You can’t serve how it is by telling people how it is.’

So it’s a satire?

‘It’s probably closer to parody than satire. It looks at form rather than content – the form of one person telling another person how it is. The theme is representation – I’m telling people how it is about how they see things. I talk about the things that filter our perceptions, like the media, our own bias, psychology, philosophy…’

Sharry seems wary about telling his show like it is, partly because, at the time of interview, it’s still a work in progress. But his reticence is admirable in a way – shows shouldn’t be put into words. That’s why they’re shows.

‘I’m making this show as Marky Mark’s “last show ever”. That corresponds to my own personal feelings about performance. I was diagnosed with Young Onset Parkinson’s disease in 2013. And there’s a lot of material coming out of that year of doing nothing, when I was acclimatising to medication and stuff. I’m not sure I’ll be performing again in the future. I don’t think I’ll perform shows I’ve done before, like I am Martin Sharry, again. This is kind of a last throw of the dice, a last chance of a bit of craic – and with that energy, there’s a kind of freedom. And there’s also an element of a comeback, even though it’s a last show. I haven’t enjoyed being on stage since the diagnosis, so the comedy element allows for the failure of the body. If I was to do a straight show, an honest confession, that would be playing on the audience’s sympathy. So yeah, I guess there’s a kind of freedom about the approach I’m taking. A secondary motivation in making the show is trying to reveal the truth of where we are. Žižek said his job was to show us the deep shit we’re all in – so hopefully I’m showing a layer of that shit.’

But will he keep writing?

‘Yeah. I did Tim Crouch’s mentorship with Pan Pan Theatre, and I got a grant to work on a new piece, provisionally titled Playboyz. I might go to Inis Oírr in the winter to do some writing. It’s a good time of year for it, it’s like having your own personal retreat.’ (The pony and trap trade is slow on the island in winter.)

‘And, you know, the perfectly natural follow-up to me doing my last ever show, is to do another one.’

Martin Sharry’s Marky Mac Sherry Tells It Like It Is is on from Monday 7th to Saturday 12th September at 8pm at the New Theatre, 43 Essex Street East. Tickets cost €15 / €13 (concessions).