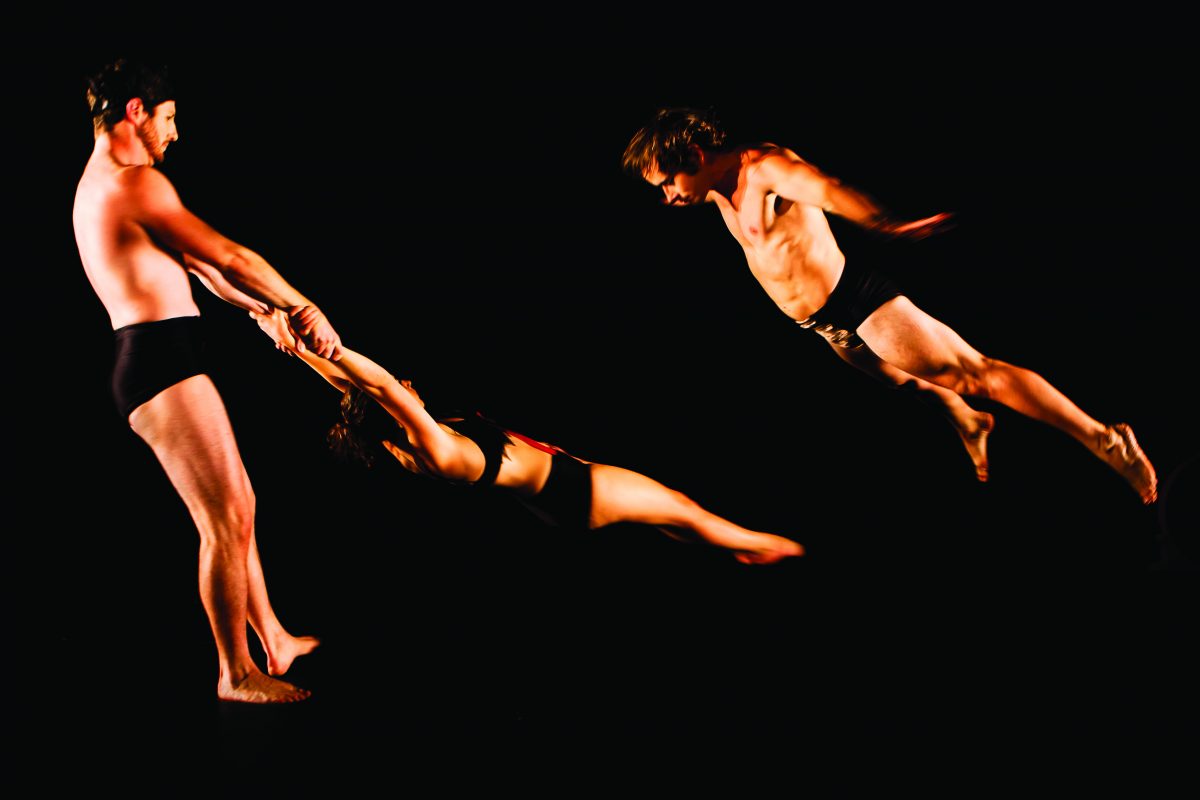 Transparency, skeletons, and the unknown seem to run through this year’s Dublin Theatre Festival like thematic veins, pumping meaning and meaninglessness into every production. Less and less theatre practitioners are willing to see theatre as dramatic, performers continually referred to as bodies, narratives as ‘graphs’, ideas referred to as images. From circus acts to Beckett plays, it’s an experimental, minimal, and exhilarating programme we’re presented with, one recklessly self-referential and bold. There is a sense of being caught between a palpable future and the end of a blearily-defined past, a celebration of a non-theatre. There’s room for definition, room for manifestos which no one is willing to make, and yet absolute definition and specificity in every element. Here’s the first of our feature interviews, with Yaron Lifschitz of CIRCA, who produced Wunderkammer.

The words brutal and extreme crop up continually when talking about the choreography in CIRCA’s shows. How well do these terms describe your work?

Yeh they are brutal and extreme but they’re also beautiful, expressive, sexy and lyrical. There’s a wide range of emotions I’m interested in – what is the range of emotions that circus bodies can express? But of course we’re a blood-thirstly species and we tend to hold onto the shocking bits. But it’s also circus and we get paid to do extreme things. In circus people want to see acrobats to do hard things. It’s part of our dramaturgy, it’s part of the fibre of our productions.

You’re hailed as having brought theatre, burlesque and circus back, of having given it a new breath of life. What is it you’ve done that distinguishes you from other circus companies?

It’s an interesting question, I don’t know if we brought circus back or if we opened it up – I think we just applied a certain kind of restless intelligence and spirit of exploration to circus. I don’t understand the pain and difficulty of doing circus shows simply to entertain audiences. Why should there be a sense of throw-away adrenaline rush, why should there not be actual communication with the audience? So we start with the premise that circus and art are not opposites and ask of circus that it behave the way art should – we demand that it question, trouble, challenge, enliven and uplift, rather than just give titillations. That seemed obvious to me, and we’re not the only people who have done it. We were lucky in many ways, lucking in our timing, I found the right artist, and things came together.

Wunderkammer, chamber of wonders, why this title?

It’s not an easy title and it’s not an easy sell. The Brisbane Festival didn’t want it, so I ended up having to write a three page missive about why this is what it had to be called. Wunderkammers were rooms in the houses of Renaissance men, where they collected objects that has not yet been classified under the current systems of knowledge. So what you’d have is these rooms filled with objects that they didn’t know what to do with, the curios and the freaks  –  all the stuff that didn’t make sense when you’ve never seen it before. For me it was a perfect metaphor for what we do, who we are, for what the stage is, for what we want the audience to feel, which is this profound sense of going beyond the limits of what is known.

Your productions employ a pared-back, minimal aesthetic. How does that fit in with the idea of circus?

Every design element is full of ideas, but we’ve taken away a lot of those exterior trappings, so it’s incredibly refined. There’s a couple of reasons for that. One, is that we fundamentally believe that theatre is about bodies in space. But secondly, it has a lot to do with the fact that we started off as a poor company and in some ways we still are. We also come from a long way away.

Can you talk about the role of sexiness and subversion in Wunderkammer, it’s an element that audiences and critics alike have really responded to and enjoyed.

It’s kind of a deconstruction of contemporary burlesque. There’s nothing I find less sexy than a woman standing onstage saying “I’m sexy,” it’s the triumph of obviousness and lack of imagination. There’s a self-referentiality to sexiness in Wunderkammer in particular. Our shows are really sexy and it’s because you have people giving themselves, doing physically amazing things with a great degree of confidence and vulnerability, with really hot bodies on a stage! Most circuses try to hide their bodies – you can’t imagine performers from Cirque du Soleil and so on actually having genitals! They’re like anorexic Teletubbies. It takes effort to hide that kind of sexuality, if you put a young man and woman in the fullness of their bodies and presence on stage it’s inherently a highly sexualised space. I never ask performers to act sexy – just to be present in their bodies. In Wunderkammer there’s the added fact of sending up and ripping apart of people trying to be  sexy, of performing it, which confuses things further.

In terms of theatrical expression, why do you think circus has become fashionable? What does it have over other forms of theatre?

It’s not boring! I love the theatre but most of it is really boring. Somewhere along the way we all agreed that it was alright to sit through three hours of people talking at each other. Circus doesn’t have that, we start from amazement, wonder and mastery.