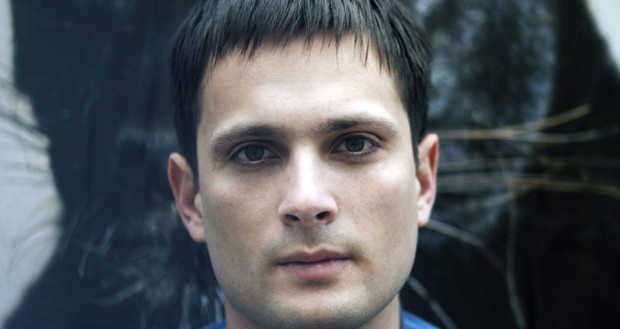 Continuing the week’s feature on the best underground labels of 2012: PAN.

PAN is, in some ways, far more than a record label. Founded by Bill Kouligas, a notable musician and DJ in his own right, the Berlin-based label has been at the forefront of the experimental/club crossover that has been the closest we’ve come to a dominant trend in underground music this year. The label’s strong visual aesthetic (designed by Kouligas – a graphic designer by trade – and Kathryn Politis, another visual artist) is matched by a diverse and evolving musical output, seeing the release of everything from Keith Fullerton Whitman’s Disingenuity / Disingenuousness (which pushed the label to a new level in terms of attention) to documents of sound installations by Jarr Moff and Eli Keszler and on to the lo-fi Casio-house of Heatsick. PAN has also been instrumental in joining the dots between today’s experimental scene and the work of past radicals, re-issuing Florian Hecker’s Sun Pandamonium and releasing working by computer music pioneer, Trevor Wishart.

2012 started with the release of a split 12″ between Mark Fell and Matt Steel’s SND and Kouhei Matsunaga’s NHK. The record takes an expectedly skewed look at techno, never giving in to easy resolutions or formulae. The Sheffield duo’s sound is unmistakable, rhythmic and engaging without ever settling into anything you could really call a groove. It’s not too obtuse and it’s certainly clean, it just moves in an unexpected way, just a little off centre. NHK’s contribution is altogether more abstract, barely more than a series of clicks in rhythmic combinations over some intense bass.

Helm’s Impossible Symmetry was the first notable full-length from PAN in 2012 and the dark ambient stylings of London’s Luke Younger were a highlight. Combining processed piano, Casio keyboard, cymbals and broken guitar strings, Younger’s drones and incidental noise bring Coil to mind in places, no bad thing at all. Despite their subtle nature, every sound is thoughtfully placed for the strongest impact, making this a particularly deep and layered ambient work.

With the label’s avant-garde credentials well and truly intact through these releases, Heatsick’s Deviation might come as a surprise to some. Deviation is a downright strange take on house built from little more than a Casio keyboard and a loop pedal. It’s even stranger then that this defiantly lo-fi approach saw him make an appearance at Berlin’s famed Panorama Bar, one of house music’s most hallowed grounds. If Deviation proved anything it was that you can dance to just about any sound, as long as it has a killer groove. Whether citing Todd Terry or playing with experimental Saxophonist Andre Vida, Heatsick kept the beat at the centre, woozy at it often was, and made sure the floor was taken care of.

Eli Keszler’s Catching Net provided a document of selected compositions and installations by the American sound artist across a double-CD package. Beginning with two versions of Cold Pin, which had been previously released on PAN, and one previously unreleased version of the piece. The title track is a 17-minute piece for piano and string quartet and the release ends with two recordings of Keszler’s large-scale installations, including ‘Catching Basin’, where piano strings up to 250 feet long were stretched over empty water purification basins to create a unique amplified environment.

PAN certainly managed to finish the year strong, thanks mostly to the zeitgeist grabbing work of Lee Gamble. The computer music veteran and former jungle fanatic used his collection of jungle cassettes to create an ambient wash on Diversions 1994-1996. By focusing on the beatless breakdowns of these obscure jungle tracks, Gamble created a world reminiscent of a club but devoid of the rhythmic energy usually associated with these sounds. The beat is suspended and the music becomes haunted in its absence. Playing on memory and impulse, the work got at a spectral heart of the club experience, making for a deeply emotional and immersive listen. A similar mood was found on Gamble’s full-length effort, Dutch Tvashar Plumes, though the method of creation was not so elegiac. Starting with a blank canvas, Gamble created a similarly skewed club album, sounding distant and resonant at the same time. There are beats this time, though they are never quite what you expect. It might have been Burial who nailed this mood originally but Gamble has certainly added a new fleck of colour to the melancholic, post-club aural space.

Finally, NHK’Koyxen was back again. Having dropped his first volume of Dance Classics earlier in the year, Matsunaga returned with a second, more focused volume of futurist techno re-imaginings. Updating techno tropes in a colourful and energetic new way, Matsunaga pushes for a new understanding of the dancefloor and a move away from the self-consciously retro stylings of much of today’s techno.

Much has been made of PAN’s part in the wider scheme of house and techno this year, and in some sense Kouligas led the way in thinking about the club with a much wider scope. This is only right but it would be unfair to forget about the more abstract work that PAN has been putting out all year. Grapes & Snakes isn’t going to get played by even the most adventurous DJ but it is a really brilliant album and the continuing innovations of Eli Keszler are important documents of contemporary composition. Given Kouligas’ expansive vision of what makes for good experimental music, I have little 2013 will be just as good.

There’s a good interview with Bill Kouligas over on RBMA right now and an in-depth look at the artwork of PAN on RA.