ThisIsPopBaby Where We Live: Off Plan – Works in Progress 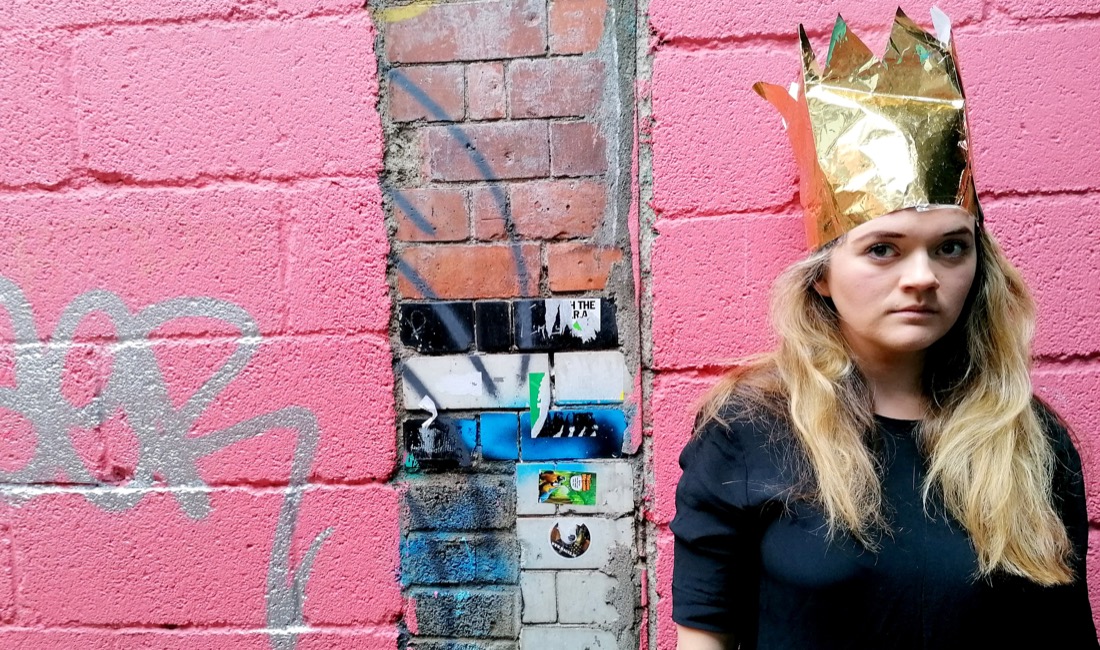 Off Plan is a series of three double-bill showings of works in progress, as part of ThisIsPopBaby’s Where We Live***. We speak to three artists who will be presenting their work, each attempting to wrestle with, and understand a world in flux.

“We arrived from Nigeria at different ages, and we’re at different stages in our relationship with Ireland. We’re undeniably a strong three-man squad of bold Afro-Irishness. We’re Irish kids, we’re Dublin kids, talking about Nigerian gods in our wonky accents. It’s a merger of one home with another.”

“It’s a response to being bombarded by images, videos and articles about the world ending, and where I fit into that,” says Fionnuala Gygax, who’s work, Remember This Night, directed by Dan Colley, seeks to drill down into ideas around what we would take from the world, what we would leave behind, and what we would change about it, were it to end tomorrow or next week.

In a time characterised by instability and upheaval, strategies for understanding, adapting and coping come to the fore. When big questions concerning our continued existence loom large, they can feel impenetrable and isolating in their scale, and debilitating in spite of their urgency.

Gygax is up-front about her own despondency: “It’s a very strange feeling that I am living in a generation where the world might actually come to an end. Emotionally, it’s too much to deal with. I have this semi-detached feeling about it all, and I wanted to make something about that sensation.”

Influenced by work seen during a recent trip to Berlin, from companies like Forced Entertainment, Gob Squad and She She Pop, Gygax is dispensing with extravagance in theme, narrative and production, favouring instead a simple system and a belief in her concept, to focus on the task at hand and her search for answers.

Remember This Night will see Gygax and a guest performer ask each other questions, “from the mundane to the epic,” in a semi-improvised way, inviting the on-the-spot and unfiltered insight that something unstructured like this can offer.

A third partner will also be at play: the audience. Its involvement will be crucial to the success of Gygax’s idea. “I really want the audience to feel that its presence is important. Without putting it on the spot, I want there to be a kind of internal performance going on, where people ask these same questions of themselves.”

A problem shared is alleged to be a problem halved. The degradation and demise of the world is everyone’s problem, and there is enough to go around. Gygax is keen to explore the role of theatre – what it could do, and what it should do – in supporting us in our response. Put plainly, she says: “My hope is to create a kind of community. We’re all in this together.”

Wherever the earth is in its lifecycle, our sense of our own ephemerality has never been felt more acutely. Remember The Night offers a chance for audience and performer alike to come together, arrive at answers to questions big and small; contributing to, and leaving with a shared time capsule of the experience to be held on to and treasured, come what may. 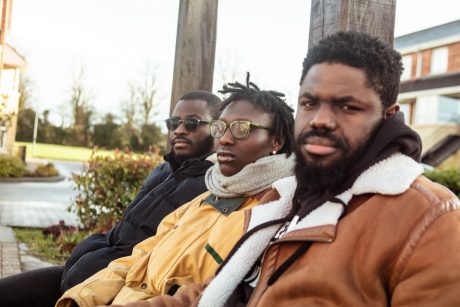 If Remember The Night grapples with the finite materiality of our existence, then Deities appeals to our spirituality and offers a bridge between the two. “It’s about how humans and gods interlink, the pathway between human and god, and how to see the human in the god,” according to Felispeaks, one-third of spoken-word troupe, WeAreGriot, which also includes Dagogo Hart and Samuel Yakura.

The work will see each of the three reference gods from their specific ethnic groups in Nigeria, riffing on established mythologies and “screwing things up as Nigerians and as Irish people, reshaping what the history says and reimagining it on stage.” It’s a fluid, ’pick and choose’ approach to religion that seems especially at home in the Ireland of today, a point not lost on Felispeaks, who hopes audiences will “find their own dots to join.”

Presenting the gods as siblings, and following a more typical story arc, told through shades of drama and colour, Deities will emphasise the primacy of family – chosen, biological, or however you have yours – as something common to both the worldly and the transcendental, which offers reprieve, and which unites us all. Deploying universal themes of family and spirituality makes this a timely acknowledgement of our fundamental human sameness.

Deities is also inherently a piece about place, by virtue of stories from Nigeria being told on a stage in Ireland. “We arrived from Nigeria at different ages, and we’re at different stages in our relationship with Ireland. We’re undeniably a strong three-man squad of bold Afro-Irishness. We’re Irish kids, we’re Dublin kids, talking about Nigerian gods in our wonky accents. It’s a merger of one home with another.” As people enter Ireland, and as people leave, it’s a welcome reminder that migration is not zero-sum; we can belong to here and there at once. 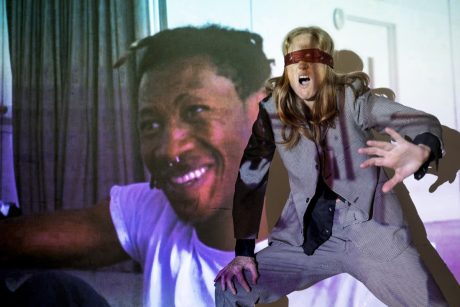 Place, specifically Nigeria, will feature also in tilt, a dance piece from Tara Brandel and Nicholas Nwosu, who previously worked together in Circus, which debuted in last year’s Fringe. Although Nwosu only appeared in the video projections of that production, for tilt he joins Brandel live on stage, where the pair will attempt to get to grips with current worldwide political and environmental changes.

“This will be the first time we have gotten into a studio together for almost two years,” Brandel says. “We’ll have around five days of research and then we’ll perform whatever happens at the end of those five days. There’s a lot of risk-taking in that but it will be exciting for us and the audience. I’m trusting our chemistry as dancers.” This promises to be full of the fascinating rawness that only a work in progress can provide.

In a not dissimilar way to Fionnuala Gygax’s Remember This Night, tilt will lean into the notion of being off-kilter in our current state in the world. Working towards a much bigger show, Brandel and Nwosu are using this early research phase to work with a sense of being “off-centre”, exploring what it’s like to physically work with imbalance, and introducing their intimate experiences of being off-centre.

A mood of disequilibrium should find expression in the pair’s contrasting styles: she is a contemporary dancer, and his background is as a street-dancer, with a focus on twerking. “There’s something really fascinating in seeing the juxtaposition of the two,” says Brandel, “I’m very fluid in some ways, I’m supple and I can kick my legs high. Nicholas is much more controlled. It’s all twerking so he’s doing this really intricate, isolated movement in his pelvis.”

While massive global change may sometimes seem ‘over there’, or distant in relation to our own location, tilt may serve as an important reminder that the effect of such changes extend far, and do trickle down to the level of our own communities. Both Brandel and Nwosu will reference their experiences of change from their respective home places to make this point.

“I’ll be bringing my own stories from West Cork about the environmental changes [I’ve witnessed] there, and Nicholas will be bringing his experiences of what it’s like to be Nigerian in Dublin. We’re all feeling the reverberations of these enormous global changes and seeing how the particular flavour of those differ from place to place,” Brandel says.

“The finished performance will be weave together everyone’s individual stories about change, and hopefully we can create something that resonates with audiences, including their own personal experiences of change.” Trite as it is to say, change is a constant, and any direction on how best to negotiate it, or feel less alone in it, is welcome.

Where We Live 2020 takes place from Wednesday March 11 to Saturday March 21 at Project Arts Centre. For more information, visit: thisispopbaby.com.

**** Following an Taoiseach Leo Varadkar’s announcement on public gatherings, ThisisPopBaby has announced that Where We Live will no longer go ahead. Updates here.