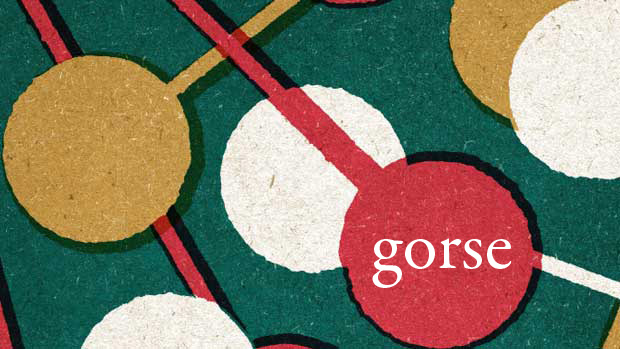 Wordsmiths rejoice, there’s a new publication on the block that’s promising to bring engaging longform narrative and fiction back to the masses. Gorse is a twice-yearly print journal and accompanying website that seeks to emulate influences like The Paris Review and Hubert Butler. Expect personal work, experimental work and artistic and cultural work that looks to excite and subvert. Each issue comprises of only 350 hard copies so you’ll need to hunt one out from Chapters Bookstore or order online from www.gorse.ie before someone else gets their grubby mitts on one. – Emily Carson

If you’ve grown tired of Paddy’s Day signifying tiny green top hats and hours spent waiting for the bar in nightclubs then never fear. Hunt & Gather are teaming up with a host of other Dublin makers and doers to host some alternative events to the usual fare.

First up, on March 15th is The Enchanted Banquet: a mystical, traditional St. Patrick’s Day dinner that plays on fables and folklore of an Ireland long forgotten. Set in the National Concert Hall and with food locally sourced and cooked by pop-up feed aficionado Gruel Guerilla ‘The Enchanted Banquet’ promises to be an excellent night of performance and dining unlike any Paddy’s Day you’ve had before. Tickets are available from www.stpatricksfestival.ie and the dinner will be BYOB.

Next up on the 16th is The Homecoming: a partnership with illustrator Steve McCarthy to celebrate and negotiate the comings and goings that our nation experiences. Begin on a 100-minute art trail around the city where you can pick up a poster or a treat from Gruel Guerilla. Then celebrate with a ‘Homecoming’ of your own with a playful riff on American prom culture. The perfect send off, or welcome back. – Emily Carson 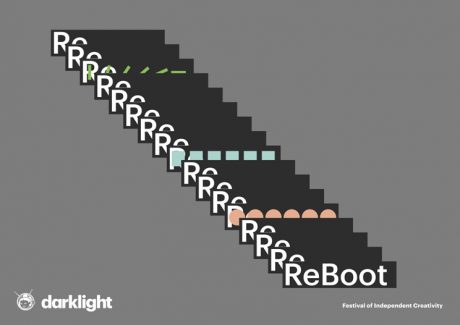 The Darklight Festival is back next month – it’s being rebooted, I should say – and running from April 24 to 27 in and around Smithfield Square. But to make all their crazy dreams come true, they need the public’s help in raising some sweet moolah. We’re planning lots of coverage on the exciting stuff coming to Darklight in the April issue of TD, but in the meantime, you can help out by going here: fundit.ie/Darklight-Festival – Ian Lamont 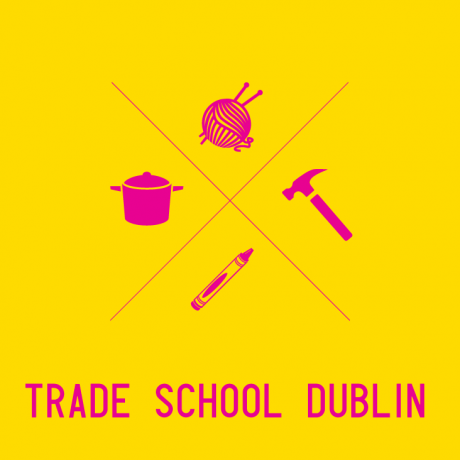 Trade School Dublin kicked off in August 2013, initially based at Granby Park. The scheme has grown to having classes punctuating the calendar every few weeks. Trade School describe themselves as a “non-traditional learning community” which runs on a barter system. Teachers can exchange their knowledge for goods at their request, or for a class in something from another teacher. Skills and classes on offer have included learning the tin whistle, Astral Architecture (whatever that is), journalism and digital fabrication. It comes as a wave of trade schools have taken off in various other European cities and definitely fits in with Dublin’s start-up culture. Find out more at tradeschool.coop/dublin. Head along on March 8 to the Dominick Street Community Centre to get a taste of something for yourself. – Polly Denison

Totally Dublin is proud to announce that we will be working in partnership with the Irish Museum of Modern Art to present a night of music featuring DJ sets from Adrian Dunlea (of Sir Henry’s in Cork), the inimitable Donal Dineen and sound-artist Haroon Mirza, whose show are jee be opens at IMMA on Saturday 8 March. Mirza’s installation that has spawned this 90’s retrospective goes by the name of ‘System’ after the legendary 90s nightclub on South Anne Street, (though our fortysomething friends inform us that Sides was the place to be seen.)

The night takes place in the Chapel in IMMA on Saturday 5 April running until late and promises to be a heap load of fun in the unique surroundings of IMMA’s Kilmainham home. For more info on Haroon Mirza’s show, check out our interview with him over here. – Ian Lamont