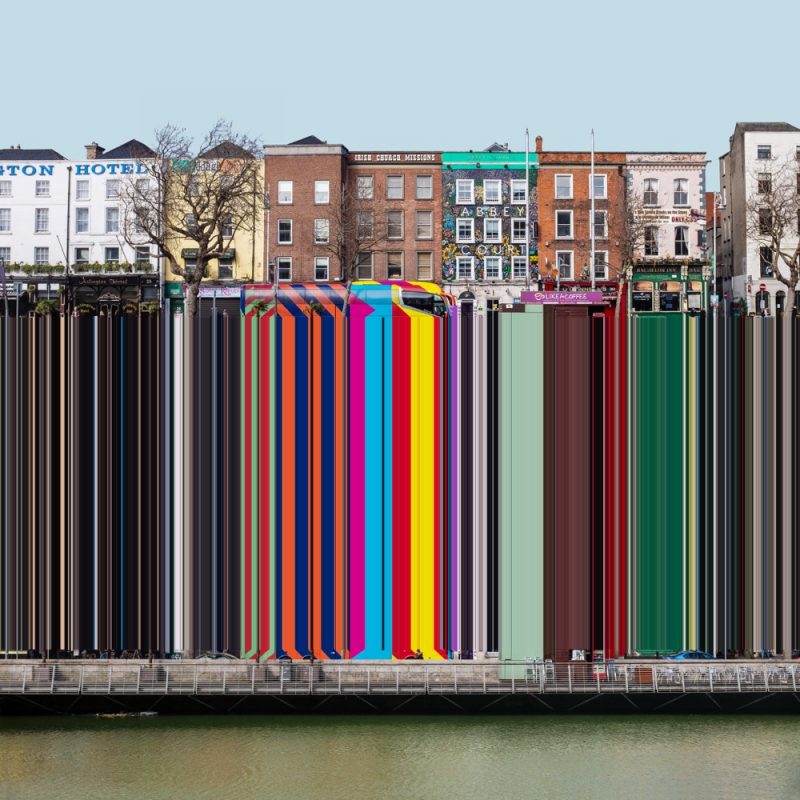 “Dublin Glitches was borne out of another project I’ve been working on for the past few years called Stock Exchange. While I was working on Stock Exchange I developed a method for creating uniform glitches within photos. I found that they work particularly well on tight architectural images where you can play with the symmetry, but I also noticed they work well on wide landscape and cityscape shots. I’m essentially elongating a single strip of the image so the busier the image, the more colourful the glitch. I had wanted to visualise Dublin in a way I hadn’t seen before and decided this was the perfect opportunity to do it.

“I started, as everyone does, with the Poolbeg Power Station. But I really wanted to show off a different, less trodden side of Dublin. I took an image of the Quays with the boardwalk, the beautiful Georgian red bricks and the Liffey and worked a glitch into the middle of it. It almost looks as if the buildings are being raised on psychedelic stilts. The image got some great feedback and people started asking for prints. So, I got onto Hang Tough Framing about releasing a limited run of prints and they were up for it. We ended up doing an edition of 25 and it did really well, I think there’s only a couple left. 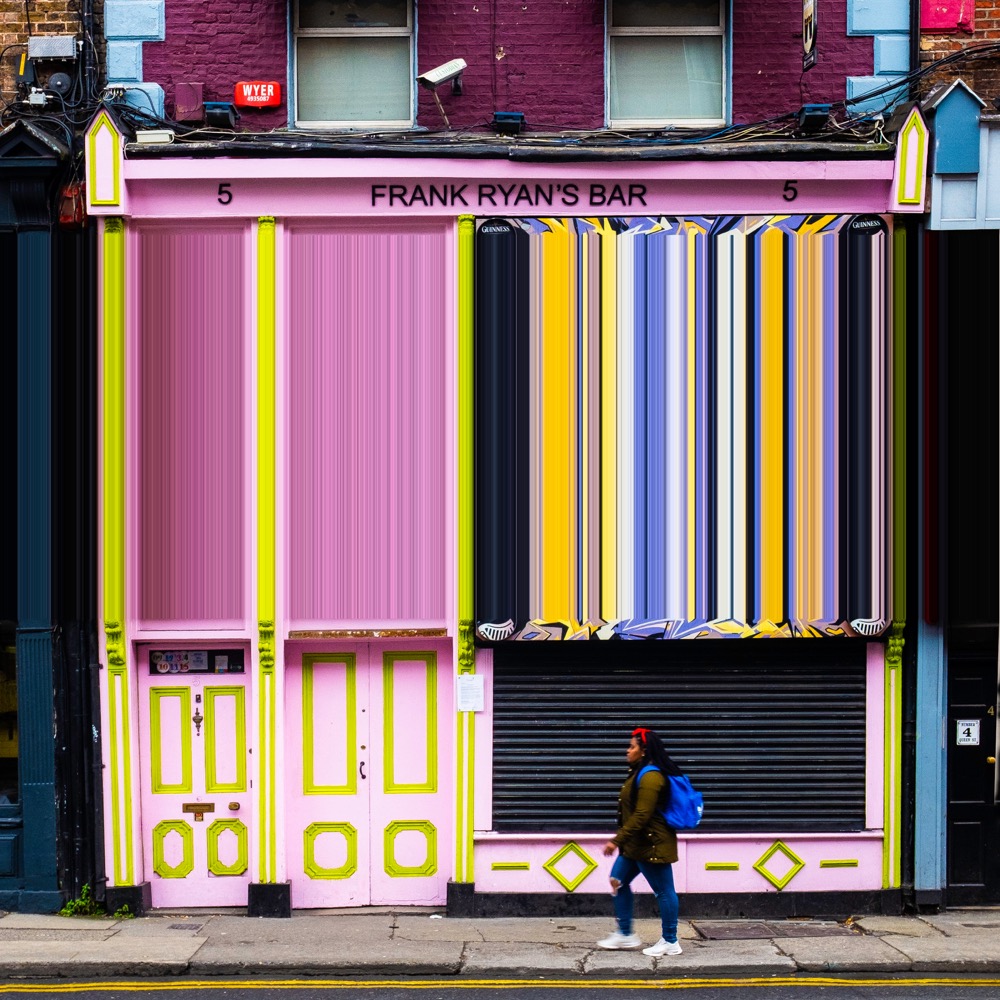 From there I enlisted the help of a photographer friend of mine Maxi (insta: minimaxi). Maxi has an encyclopedic knowledge of Dublin’s streets and buildings and has the enthusiasm needed to keep a side project like this going.

We’ve focused on the Northside so far making glitches of pub fronts (commissioned by Jameson for their new venue on Capel Street) as well as Liberty Hall and some other iconic pieces of Dublin architecture.”