Protect Me, I am the Donnybrook Laundry 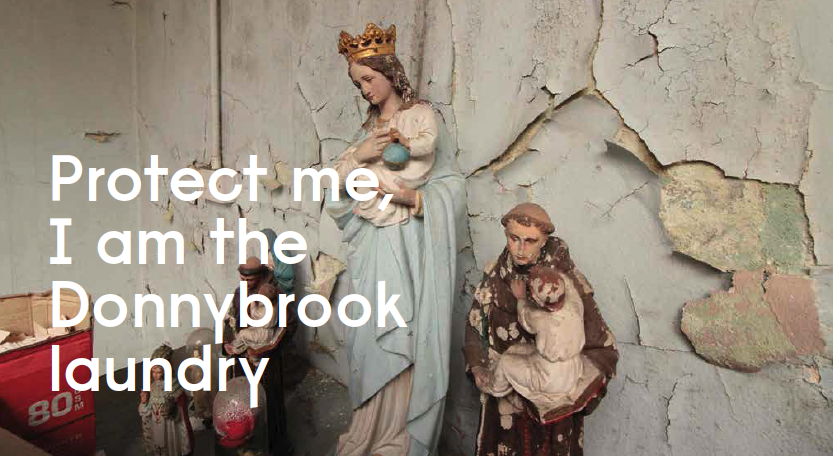 Deep in the heartland of Donnybrook, hidden in a crescent, surrounded by apartments, houses and leafy trees there sits, intact, a building which embodied part of our cruel social history.  It is known locally as the laundry or Donnybrook Laundry, but more widely known in subcultures and State reports as the Magdalene Laundry of the Sisters of Charity.

It is for sale now as an investment property at The Crescent, Donnybrook. No mention in the brochure of its former use and its past. No mention of the many women who toiled there, scrubbing shirts, washing socks, endless ironing, endless starching, endless washing; no let up, just let down. No mention of the clients that came from the affluent families in the surrounding areas, nor that Áras an Uachtaráin was a client too. The basket that carried the laundry – pressed, starched, immaculate, spotless – now lies discarded with a pile of others, rotting and abandoned.

What would the nuns think of such disrespect, of such irreverence for such an important basket? Back in the day, these baskets were sacred. Revenue. Handle with care. These baskets, these boxes for laundry were very important. The people who worked, the women, the young girls, were never as important as these baskets.

Memory is something that fights an eternal battle with the passage of time and forgetfulness. Time is a great healer for those who can heal and those who are offered healing. There is no healing here. Time stands still like a festering wound in a well-to-do suburb as somebody attempts to erase a grave and mortal wrong. The McAleese Report, Justice for the Magdalenes, the hundreds of women still alive and their families should know of this place. They should be present here to witness what can only be witnessed by them, so that they can understand what’s lost, what cannot be given, what was taken from them for generations. 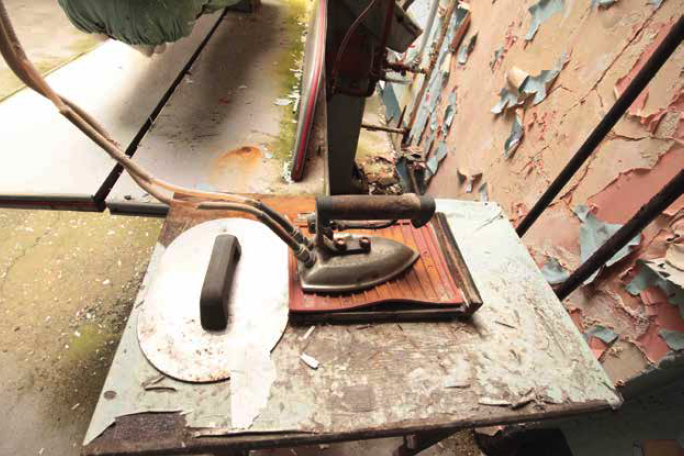 The world and its mother should be brought through these doors to see for themselves, to feel for themselves what it was like, that this actually happened. That this place exists. All around it the religious lands are being sold for development. Somebody somewhere pocketed the money for profit. The laundry and its history is othered, cut off by walls, sliced away from the well-manicured, well-kept, well-preserved and well-managed convent that remains on the site in the heart of Donnybrook, respected, revered.

This is private property now and people use the local dry cleaners or their Zanussi washing machine or a launderette in town. The sound of hand scrubbed collars if you listen you can still hear it. The vast drums of the washing machines, the slushing of the water, the mangle of the manglers, the rinsing of the dirty laundry. Nobody in Donnybrook wore dirty clothes in those days, they all turned up spic and span spotless, scrubbed by ‘sinners’.

The chimney stack of the laundry is a defiant hand of a female inmate. Screaming out “we were here”, “we were treated badly”, “you wronged us”, “you took all from us”. The tall mast of RTÉ broadcasting strange half-truths to the Nation doesn’t hear this. The world passes by here unbeknownst. The presence of presence is something all of us should never miss. Our bones give us a sense of place, a sense of now. Like Caesar, like Brutus, like Marc Antony the good is in the bone, the memory is in the marrow, living.

The Magdalene Laundry is still intact and this State and its people need to ensure it stays intact and all the paraphernalia within – the ledgers, the industrial machines, the woven baskets, the statues, the cupboards, the stairways, the furniture, the windows, the atmosphere – remain intact. This place should not be turned into an artificial artefact. This is the real thing. If ever there was to be a monument, a memorial, a gesture, an acknowledgment – this is it. This is a place of anger and atonement. A place of rage and fury. A place of loss and maybe a place to be found.

Thousands upon thousands of women and young girls suffered in the Magdalene Laundry system. Thousands of children suffered in the Industrial School system, they were by and large the children of the poor. The children that this State regarded as surplus to need and that the Catholic Church and the religious congregations enslaved, exploited and abused as their sexual playthings. 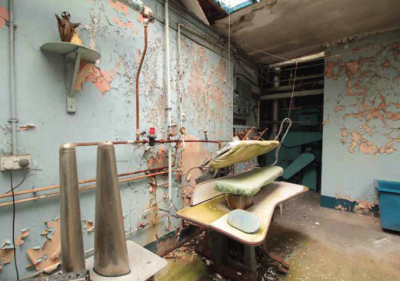 The uniqueness of this site and this location is that its not separated from the surrounding community in their fine Victorian redbrick houses. Not separated entirely from their history. The Sisters of Charity have an obligation to preserve this building as a testament to their own past and as some sort of atonement to the many women who feel gravely wronged. It is also important to preserve it as an educational centre to inform future generations of just what way we treated those who were not strong.

All across the country from the Good Shepherds in Limerick to the wood-turning college in Letterfrack, Connemara they are trying to erase this landscape, this memory, by turning these sites into art colleges, hostels, homeless accommodation, etc. None of them have yet to be made or let be what they are – sites of anguish, sites of suffering, which form a vital part of our social, political and religious history.

With all we know about what happened to individuals in this country, with all we know about this State and the Irish Catholic Church and its congregations, with the continuous ongoing injustice to the Magdalene women and the Mother and Baby Homes, it would be an absolute disgrace and add further insult and injury if this site was not preserved, exactly as it is. This site is, in my view, as important as any of the battle sites of 1916 that are getting so much attention. Indeed, the men and women of 1916 laid down their lives for the women of the Magdalene Laundries and the children of the institutions. 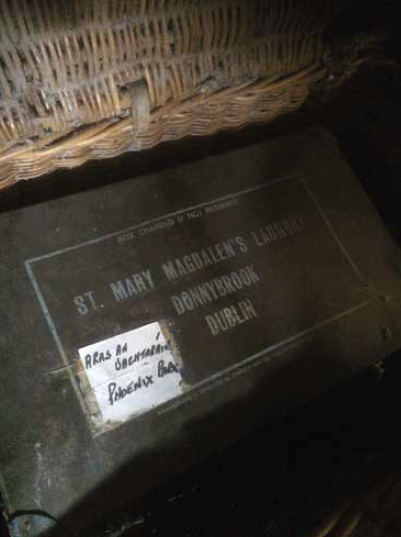 People of Donnybrook, people of Dublin, lets do the right thing here and own our past. All of it. Let’s not try smooth it out with a bit of cash, a bit of compensation or an inappropriate architectural monument. We have the real thing and all its uncomfortableness for us all. It is high time we stopped running from it. Stand still and face it.

These institutions and their memories are among us, were always among us, but we have chosen to deny them, to make them invisible, to make them secret to shove them into a past, into a history. But they are not done with us yet. Time to embrace our own unpalatable truth.

Please sign the petition at bit.ly/DonnybrookLaundry and pass it on.

This article original appeared on Cllr. Mannix Flynn’s own website and is reproduced here with his permission.