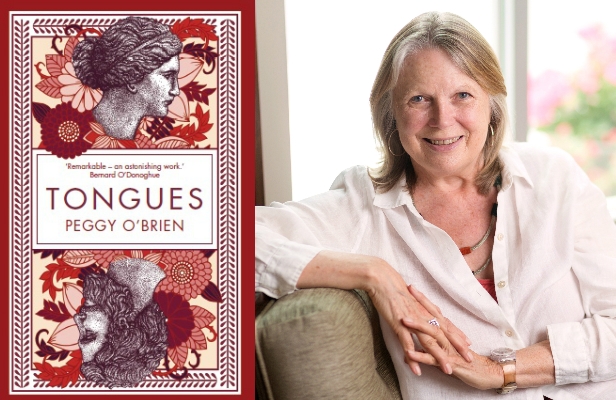 Peggy O’Brien’s latest work is a reimagining of the romance shared by Abelard and Héloïse, which was immortalised through an epistolary exchange that occurred almost two decades after their initial entanglement. The 12th century tale goes as so: Abelard, a renowned medieval philosopher, seduces the brilliant young Héloïse while working as her private tutor. When she becomes pregnant, her uncle, Fulbert, a church canon, is furious and demands restitution. To protect Abelard’s reputation as a celibate scholar, it is decided that the pair will marry in secret. Later, for reasons unclear, Fulbert rescinds on his agreement to keep the arrangement confidential and subsequently pays to have Abelard castrated. Following this traumatic event, the lovers join respective religious orders and cease all contact.

The first section of this book is based on Abelard’s famous ‘Historia Calamitatum’, a letter written to an anonymous monk in which he describes in vivid and occasionally lurid detail the misfortune to which he has befallen, often in self-pitying fashion. “If you are not in Heaven by comparison/I’ll raise a chalice of my blood to you.” The second is based on Héloïse’s response, having encountered this communication by chance. She describes her love for Abelard but also chastises him for not having been in contact. The author’s erudition and skill as a writer ensure that Héloïse’s ripostes still have the same bite, even when exchanged by lovers who met in contemporary Trinity college, and not medieval Paris. “Who in God’s name do you think you are? Abelard? /With your head so far up the arse of the Middle Ages/You’ll not have heard the letter you sent that wretch/Who came to you for succour (the better to seek Refreshment from a cesspool)/has gone viral.”

Recreating letters so rich with literary allusion and strength of voice is a tall order, but O’Brien does extremely well to capture both lovers and place in them in a contemporary setting. Abelard is still pompous, vain and self-centred; Héloïse is irreverent, passionate and vivacious, the same person who 800 years ago declared to her former-lover: “If Augustus, Emperor of the whole world, thought fit to honour me with marriage and conferred all the earth on me to possess for ever it would be dearer and more honourable to me to be called not his Empress but your whore.”

O’Brien says that she hopes Tongues captures how difficult achieving perspective on one’s life can be, particularly when it comes to love. In this desire she echoes Abelard himself, who quotes St. Jerome’s epistle to Sabinanus: “We are wont to be the last to know the evils of our own households, and to be ignorant of the sins of our children and our wives, though our neighbours sing them aloud.” The past few decades have seen resurgence of interest in Abelard and Héloïse, following the discovery of ‘lost’ letter likely before the castration. O’Brien’s book is an extremely interesting and ambitious addition to the plethora of new scholarship and literature concerning this enduring story of tragedy and romance.