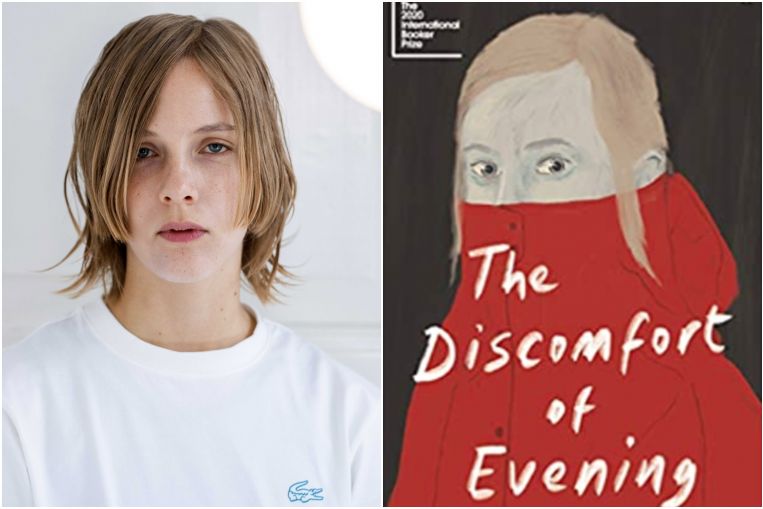 The Discomfort of Evening

“The Discomfort of Evening is effectively unsettling and warped. More a story of neglect than of grief, this novel shows us how being there physically just isn’t enough.”

The Discomfort of Evening by Marieke Lucas Rijneveld (translation: Michele Hutchison) is a dark and unabashed exploration of a childhood defined by grief and neglect. The story centres around Jas, whose brother dies in a tragic ice-skating accident. This harrowing tale follows Jas’s disintegrating childhood as her parents are physically there, but mentally and emotionally with her dead brother. As a result, Jas and her siblings’ lives unfold out of sight and out of mind of those who are bound to protect them, bearing the brunt of their parents’ trauma, as mom and dad become more and more like strangers to them.

Jas’s world is characterised by life, death, sustenance, and excretion. Growing up on a Dutch cattle farm with a staunch Dutch Reformed Church background, this is a world where eating is a visceral, predatorial act, inextricable from death and religion. This rural farm background roots the action in domestic matters, in earthiness and excrement, and the harsh lingering pong of silage.

Rijneveld skilfully constructs Jas’s unique perspective using the only resources she has to hand: the Bible and fairytales. Snippets of Bible scripture lace the prose, seemingly congruent with daydreams of being whisked away by a knight in shining armour. With mom and dad solely concerned about their children’s physical wellbeing, paying them less attention than they do their cattle, the only meeting place between parent and child is bodily function: eating, shitting, and throwing up.

As Jas and her siblings are left to guide their own development, they are left exposed and vulnerable in a perverted and confusing world. As Jas herself describes it: ‘we’ve lost our way and there’s no one to ask for directions.’ Jas becomes increasingly anxious – pangs in one’s stomach, constipation, phobias of being sick. These physical manifestations of emotional pain and trauma are handled artfully by Rijneveld. 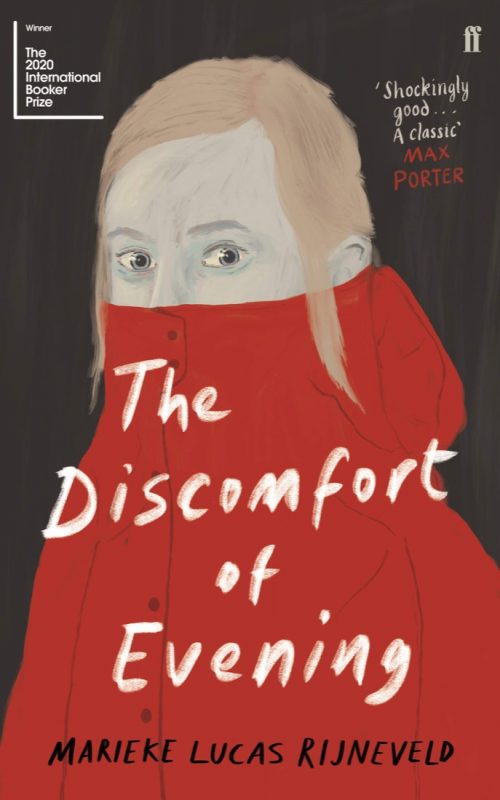 This unflinching tale may make you cower in disgust, but it’s worth every second. And every attempt the reader makes to shield themselves from the painful reality that Jas experiences is a testament to Rijneveld’s storytelling prowess. One minor fault lies in the narrator voice, however, which at age 12 seems somewhat infantilised. Jas takes everything literally and her imagination runs amok, and while this may represent Jas’s stunted growth due to trauma, it can read a bit gimmicky at times. Another thing worth flagging is that the novel is peppered with scenes of a sexual nature which may be potentially triggering, and although Rjineveld handles these scenes well in my estimation, this is something to be wary of.

This touching (and remarkably aptly named) read deserves all the noise it generates, and its 29-year-old Booker Prize-winning author is sure to have an immensely successful career ahead of them. The Discomfort of Evening is effectively unsettling and warped. More a story of neglect than of grief, this novel shows us how being there physically just isn’t enough. Neglect cuts to the core, and even if hunger and warmth are superficially satisfied, you can still starve from within.