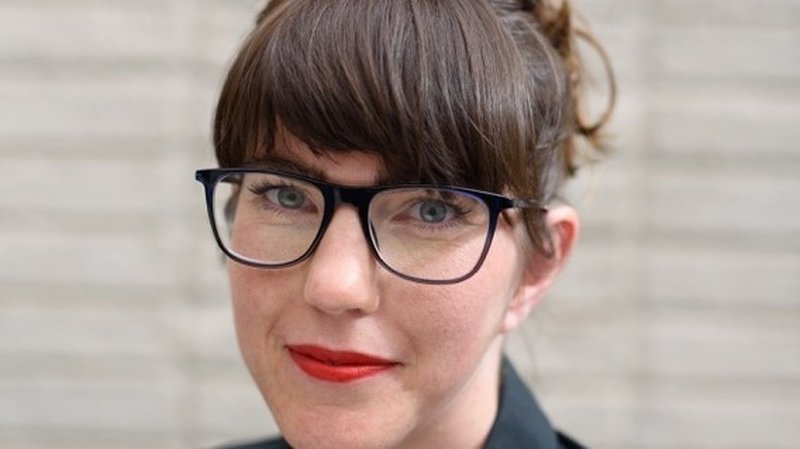 Emilie Pine, a lecturer in Modern Theatre at UCD, has published her academic work widely, but Notes To Self is her debut essay collection and Tramp Press’ first foray into non-fiction. Early on, Pine recounts how her father made her promise that she would not become a writer, but “inwardly I knew I would do the opposite. Because what my Dad really taught me, despite himself perhaps, is that writing is a way of making sense of the world, a way of processing – of possessing – thought and emotion, a way of making something worthwhile out of pain.” This condenses elegantly what this book is: a process of precise examination of the self in all its capabilities and limits, from childhood through adulthood.

A need to question is threaded throughout Notes To Self; a refusal to accept the status quo. Pine looks squarely at the self and asks why the body is tied up in shame and judgement. “What does my body say about me? And what do I say about my body?” Notes To Self is possibly one of the first books published in a post-referendum Ireland where the dehumanising fallout of the eighth amendment can be consigned to history rather than loom over the pregnant body. Writing about her experiences with pregnancy and miscarriage in the Irish hospital system, Pine recounts, “I am horribly aware, suddenly, that my body is no longer private, no longer knowable to me.” It is in passages like these that Pine’s singular voice becomes a collective call to arms for all women. 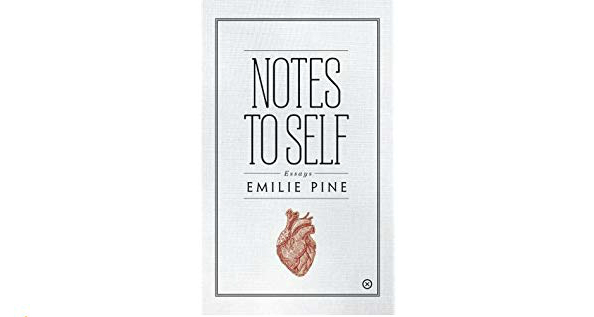 Pine is at her strongest when writing about the un-talked-about. The subjects forced into silence from guilt, fear, and disgust, the decades of periods, bleeding and pain. She reclaims all of it, like a re-exploration of womanhood. “‘I’ve got my period.’ Where did I learn that these were shameful words? I can’t have made this phobia up all by myself?” Whether talking about her father’s struggle with addiction or her own experiences with bleeding, infertility, body hair, and self-image, Pine differentiates between privacy and what is in fact the state of being silenced. This exploration is stunning in its candour, because it unpacks the conversations we have, internally, about the body and the self.

Pine is the type of writer that deals so frankly with womanhood that you wish you could have read her words sooner. Notes To Self is an admission of the insecurities and isolation of being a woman, but rather than stop at critiquing the societal parameters that perpetuate this, she demands they are dismantled. Every woman has that writer that makes them feel less alone in their own bodies, who, through their refusal to be silent about insecurity and embarrassment, answers the clawing question “is it just me who feels like this?” Emilie Pine is that writer.