Posted 4 months ago in Print 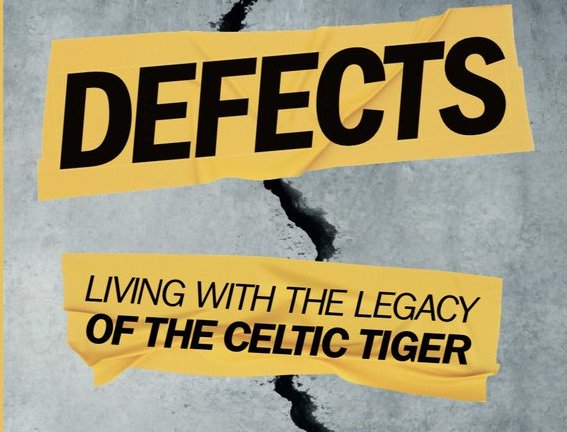 “Even if Ó Broin does stop short of laying the blame directly at the altar of capitalism, he has once again written an extremely useful book for critics of the current regime and proponents of a better society.”

Eoin Ó Broin’s follow-up to his 2019 book Home, a treatise on the origins of the housing crisis in Ireland, is a detailed and empathetic documenting of defective buildings and the often devastating impact they can have on the lives of the families who buy them. In the first half of the book, the Sinn Féin housing spokesperson details five real-life home buyers and their experiences of purchasing a house or apartment built during the Celtic Tiger only to find that the buildings had serious defects; defects which no developer or management company seemed to want to take responsibility for, or resolve.

These sections of the book read like a late capitalist horror story; insidious, interconnected and sometimes invisible corporate entities passing the buck and wearing people down until they give up, or worse. Ó Broin compassionately highlights how soul-destroying it is to butt up against these structures when your life and the lives of your family depend on it. Most heart-breaking of all is the story of Fiachra Daly, who was driven to take his own life due to the financial stress caused by latent defects in his family’s home.

The second half of the book describes a series of 20th century building collapses and fires, and the changes in building regulations that resulted from them. Ó Broin characterises the changes brought in by the Building Control Act of 1990 (essentially granting developers the ability to decide for themselves whether or not their buildings were compliant with regulations) as a catastrophic move that resulted in 13 years of shoddy and unethical building decisions, the consequences of which are still being felt today.

In the book’s coda, Ó Broin suggests several changes that could be made to the current building certification system to avoid the frustration and tragedy that the book has described. Most significant would be the appointment of an independent certifier, unconnected to the developer to ensure they aren’t given an easy ride when they’ve built something sub-standard. These are valuable suggestions, but if the book makes one thing clear it’s that no amount of demonstrations, inquiries, or well-intentioned legislation will ever improve things as long as capitalism is the only game in town.

Time and time again, Defects gives examples of developers and compromised politicians making unethical decisions in order to cut costs or increase profit. The only thing missing from Ó Broin’s book is a direct connection made between the developer’s behaviour and the underlying economic system that promotes profit above all else. However, even if Ó Broin does stop short of laying the blame directly at the altar of capitalism, he has once again written an extremely useful book for critics of the current regime and proponents of a better society. In Ireland and around the world, the Left are frequently accused of focusing too much on criticising and not enough on solutions and alternatives. With Defects, Ó Broin has once again responded to such accusations with a compassionate and pragmatic case for a better way.