Book Review: A Ghost in the Throat – Doireann Ní Ghríofa 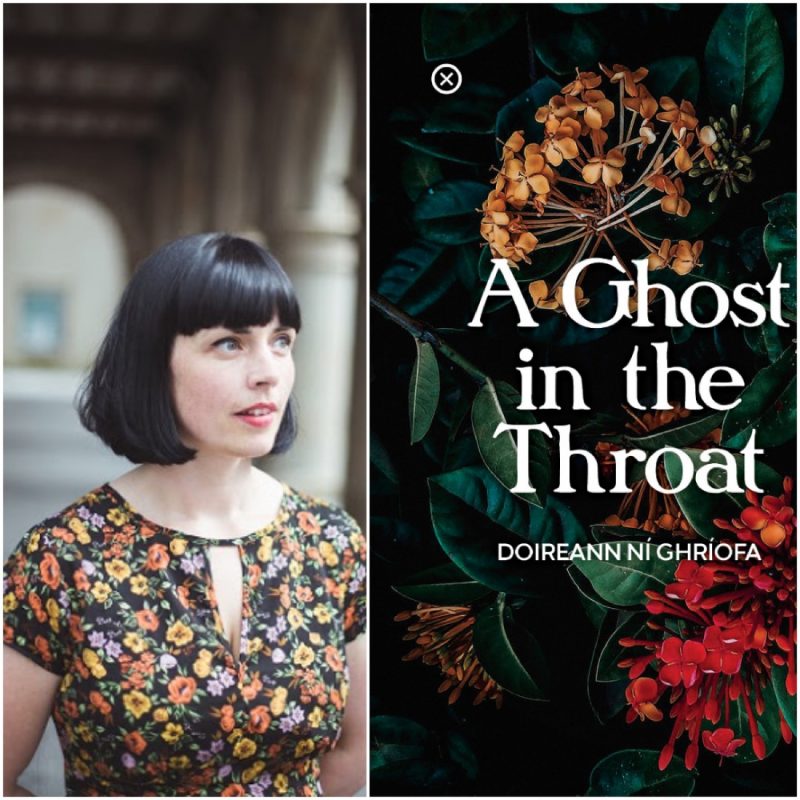 A Ghost in the Throat

“The work of researching, and of emotionally imagining, Eibhlín’s life becomes entwined with Ní Ghríofa’s own.”

‘When we first met, I was a child, and she had been dead for centuries.’ She is Eibhlín Dubh Ní Chonaill, the eighteenth-century Irish noblewoman and writer, and the I speaking here is Doireann Ní Ghríofa, who has written a work of autofiction-cum-essay-cum-memoir exploring her lifelong reading of the earlier woman. She takes on the task of rendering the long poem ‘Caoineadh Airt uí Laoghaire’ (The Keen for Art Ó Laoghaire) into English – her translation is appended – but A Ghost is much more than a simple meditation on that process. It is, rather, an exploration into how the act of translation moves beyond the page. The work of researching, and of emotionally imagining, Eibhlín’s life becomes entwined with Ní Ghríofa’s own. Eventually she comes to think that perhaps ‘the past is always trembling inside the present, whether or not we sense it’.

As she goes through several pregnancies, pumps breast milk for donation, and then experiences a traumatic early birth herself, Ní Ghríofa begins to wonder about the reality of Eibhlín’s life, and the way that a figure so celebrated in literature has simultaneously remained shadowed, under-researched, and absent. Compelled to know more, she searches for academic books convinced that ‘there must be a text in existence, somewhere, that shares my wonder’ – and finds nothing. So, she begins to write her own. She tracks down Eibhlín’s children and grandchildren seeking out traces of the life beyond the poem. Interested strangers ask her why and she has no answer.

A recurring motif here is the ‘female text’, something which takes on a meaning far beyond the Caoineadh’s tale of Eibhlín’s love for Art, their marriage, her motherhood, and his murder. Research and translation are recounted alongside a narrative of the other materials of daily life which are female texts in their own way: the author writes next to ‘a family calendar scrawled with biro and pencil marks, each in the same hand; her breastfeeding body, an experience which joins the women across the centuries, develops ‘a vocabulary of bruises’; her daughter wears ‘a bright pink cardigan knitted by her grandmother… in which every stitch is a syllable.’

The more Doireann searches for Eibhlín, the more she is confronted with gaps. ‘There are many moments in Nelly’s life that I won’t let myself sketch in the absence of evidence, because to do so would feel like trespass, or theft’, she comments; but still, the fact that the loss or casual destruction of evidence was not deliberate, but simply ‘another ordinary obliteration of a woman’s life’ is infuriating. As if she can make amends, she lets herself slip into obsession: ‘whenever there wasn’t space for both of us in my days, I chose her needs over mine’. However, in the end, the book she produces comes as much out of the exploration of those spaces as it does out of the collision of lives. It is a rich and compelling ‘oblique kind of holding’, and a work of deep love.