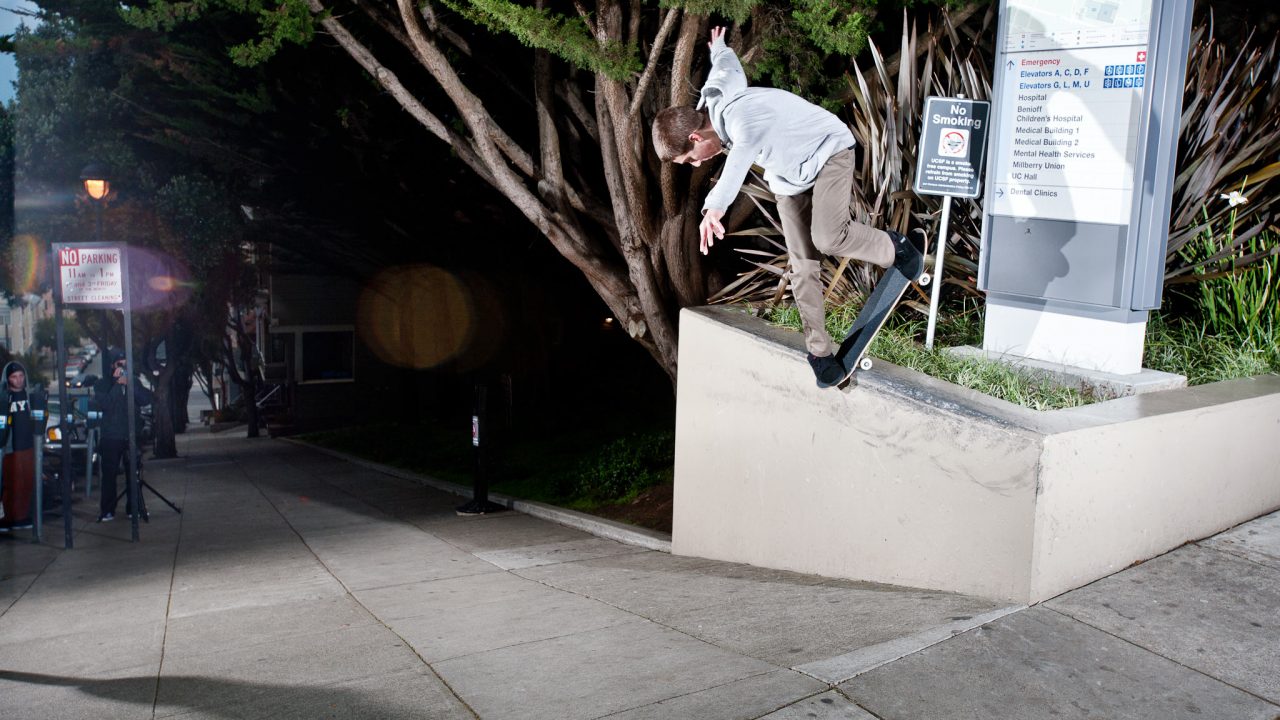 The enterprise of skateboarding analysis is a tricky one. When you make it your business to try and offer any insight into the culture of skateboarding as a whole it’s all to easy to re-tread the same old topic again and again. It’s perhaps fair to say that no avenue of analysis concerning modern skate culture has been as well-tread as that concerning the seemingly sudden increase of the level of the average skater in the last few years, no statement quite as trite as “the kids are just so good nowadays”. Though, that said, nowhere is this as obvious and in some quarters as troubling as in the case of Mark Suciu who has just been awarded the prestigious Year’s best Am award courtesy of the Skateboard Mag.

The prestige associated with an award exclusively for the amateur skater is almost an entirely new phenomenon that can be easily linked with the aforementioned upturn in the sheer ability of the latest generation of up and comers. Whether this boom of skill is a reaction to the amount of perfect new skateparks and plazas popping up, skateboarding’s introduction into mainstream acceptance or the expanding limits of what is “acceptable” within modern skateboarding leading to a diversifying of young skater’s skill sets amongst countless other theories as to why the kids are more than alright. But, regardless of explanations you have to admit there are some remarkable young talents appearing and in the case of Suciu it there isn’t even a whiff of hyperbole off the suggestion that he might be one of the best ever to set foot on the board.

In terms of sheer technicality and apparent natural talent Suciu is almost unparalleled. Every piece of coverage he features in invariably showcases either some innovation through tweaking and complicating existing tricks into realm of the never been seen before or a radical new approach in terms of how to skate already recognised obstacles. Aside from the quality of Suciu’s output it’s the sheer volume of it that grabs your attention. Since is barnstorming Cross-Continental part on the Thrasher website it seems a month can’t go by without minute and after minutes worth of quality Suciu footage. Since beginning to work on this article a couple of hours ago a 40 second part of 5 new Suciu tricks have appeared online along with another re-edit of his pre-existing footage from his top notch Sabotage 3 part. In the last while new footage from the man seems to be coming out at a rate of knots.  Where most skaters have come to expect a wait of months if not years in some cases to see new street footage of their favourite pro it seems with Suciu you can be almost guaranteed you will see something not only entirely new but worthwhile every week or so.