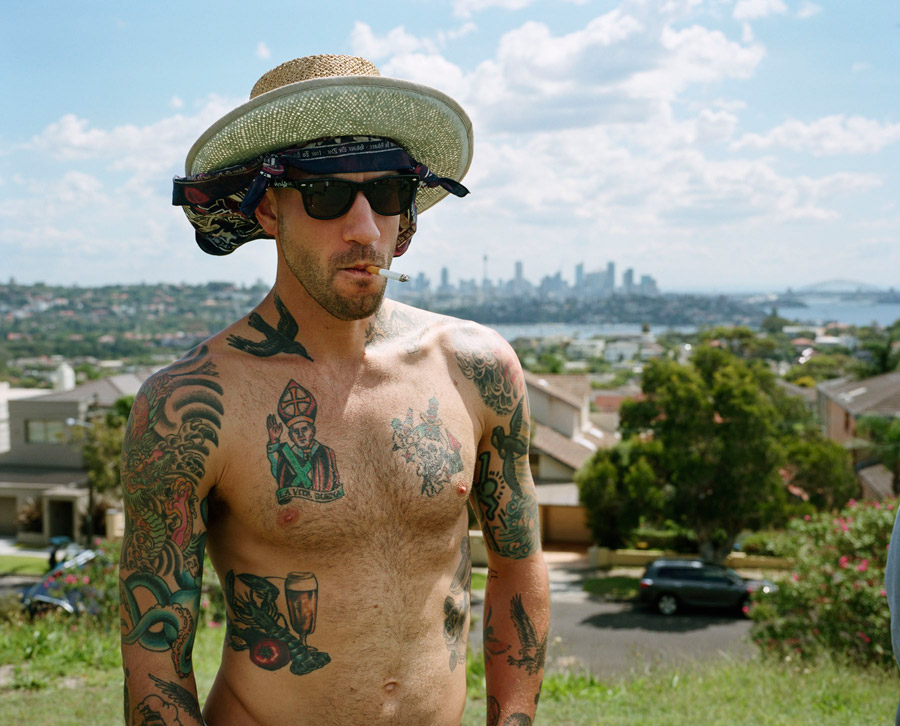 2013 has been pretty weird. Ok, really weird. For a couple of weeks there not too long ago it seemed all that we as skatenerds took for granted was being swept out from under us. Just when we had nearly recovered from the unthinkable coming to pass, Dill and Ave’s departure from the hallowed halls of Alien Workshop’s sovereign sect, so began the first online mutterings that perhaps all was not as secure as it seemed over at another one of skateboarding’s prestige institutions, Girl skateboards. And considering the strange industry juju that seems to be in the air it was almost inevitable that the inconceivable came to pass and one of the few dudes that falls within the “everyone’s favourite” bracket, Brian Anderson, announced that he was departing from his long term home at the Crailtap camp.

Anderson, like essentially all our currently functioning greats, secured his reputation during the 90’. Capturing the attention of the industry through his milestone appearance in Toy Machine’s seminal Welcome to Hell. B.A turned heads early on with a potent combination of stepping to hairy big rails and gaps paired with the kind of loose, lanky-dude, flat-ground style and flawless 360 flips that leave we humble obsessives with no other option than to say “that’s how it’s done”. As hard as it is to disassociate B.A’s rise with the Golden Age of Ed Templeton’s own Toy Machine Bloodsucking Skateboard Company (not that this appealing to a golden age should take anything away from that Toy’s current rollie-smoking, Indiana Jones hat-donning, old-timey troubadour incarnation. Case in point, the brand’s phenomenal relatively recent release, Brainwash) Anderson has over the last decade or so installed himself as one of the defining characters within the Girl/Chocolate skateboard’s family, a group of skaters so associated with their brand that It seemed madness to even speculate that any might feel the itch to move on.

This assumption that skaters that are so associated with a brand have no motivation to move onto new ventures is perhaps a reflection of not only the state of skateboarding today but the complexion of the industry for essentially the entire duration of the current generation of teenagers and twentysomethings interest in it. In a nutshell, the biggest brands in the industry have all had the same core dudes heading up their teams since a modern 25-year-old most likely became aware of them at the tender age of 12 or whatever. 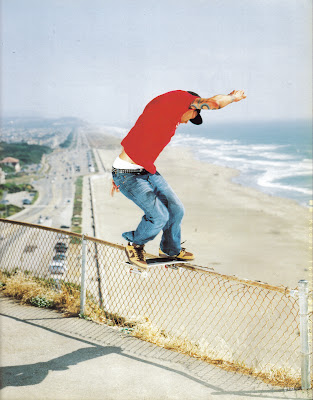 One of the most fascinating aspects to skateboarding culture is undoubtedly its relative youth as a phenomenon. The basic mechanics of how the industry works have only been in place for about 20 years or so. Essentially the job description detailing what is expected from a professional has only taken shape since the current generation of industry giants installed themselves throughout the early/mid 90’s. One could even argue that even in the last 5 years or so with the advent of social media being one of the most powerful forces within the industry has brought about just as drastic a change as the video revolution that defined what has come to become understood as the 90’s golden age of skating. The industry is it’s self in the throes of as significant a change as that which motivated a generation of then young men to step out on their own and do their own thing. As the goalposts have been shifted through the instagram/facebook/twitter boom and it becomes more financially viable to run a smaller brand thanks to the free promotion that has become available through social media the notion of stepping away from long established brands is no longer so daunting. One only has to look at the levels of success experiences by smaller brands like Palace/Polar to see that there is a new attitude taking shape within the industry that allows for smaller brands not only to exist alongside the giants but offers them more than ample opportunity to flourish. When one considers the success of these smaller brands without the luxury of big name, established, international Pros then one cannot help but speculate that a similarly small scale, autuerd brand with a figure like Brian Anderson or Jason Dill at the helm has if not a guaranteed trajectory towards success at least a more than fighting chance.

Regardless of the reasoning behind big names parting ways with their long established sponsors one can’t help but be taken aback at how many of these shocking announcements have come out in the last few months and that’s including seemingly sponsorship moves apparently in the works that have yet to be officially announced. Particularly the seeming departure of perhaps one of the most widely successful (though opinion dividing) pro’s at the moment, Paul Rodriguez from his home at the super team at Plan B which though potentially lacking in the personality/art direction stakes cannot be over looked as an industry heavy weight in terms of their monetary successes and significance to the pre-teen “what’s the hardest trick you can do? Will you sign my can of Monster energy?” Demographic. As it stands Plan B has entirely disappeared from all of Rodriguez’s sponsor lists though there has been no announcement made publicly relating to his departure. Aside from the implications the departure of Rodriguez has on the shape of the industry as whole it also throws into question the supposed upcoming release of the long delayed debut full-length video from Plan B’s current incarnation. With the amount of money mixed up in all that Plan B does P.Rod’s departure and it’s effects on video production will undoubtedly be a point of interest in the coming months.

Aside from the particulars of the various recent departures in relation to specific companies they raise a number of interesting questions about the state of the industry and potentially the cyclical nature of skateboarding as a whole. It’s almost like 1993 is happening all over again at a nice 20-year delay. Brian Anderson recently made his first official statement relating to his latest venture in an interview for Jenkem online magazine. Though Anderson obviously goes through great pains to point out there is no ill-will between he and his former employers those of us with even a cursory knowledge of the early 90’s shake ups in the industry that brought about the inception of today’s biggest brands can’t help but be struck by the similarities in B.A’s reasoning for starting 3D to Mike Carroll and Rick Howard’s explanation for leaving the original, pre-rebirth Plan B in order to start Girl, the team Anderson opted to leave. In essence, being part of one of the biggest most respected brands in the industry just wasn’t fun anymore, too many people, too high expectations, too much too much. The irony of this turn of events can’t be ignored but I guess the real question is could it ever really be avoided?

Skateboarding as an industry is forever locked in a strange conflict particular to itself. No other industry defines itself so absolutely as a wholly artistic pursuit while still having the notion of sponsorship so intrinsic to its identity as an activity. Is it feasible for any brand to remain profitable for two decades without losing some of its cottage industry charm? It would seem not as the very brands that were set up as a direct reaction to the corporate shade the industry was taking 20 years ago are losing riders for these very same reasons. There is, of course, the counter argument that some of these pros are simply moving on to their own ventures due to the finite nature of a career as a professional skateboarder and they are going to need something to occupy themselves with once they hit 40 or so. But with that argument comes the question of whether there really is room in the industry for every aging pro to head up their own operation? Could this new wave of brands spell the end for long-established skater-owned companies who will be losing out on sales? This all of course remains to be seen. Though that doesn’t take away from the fact that, as it stands, 2013 has been and is shaping up to continue to be one of the most significant years in skateboarding history in the last 20 years or so as these new brands with big name pro backing might leave the industry as a whole near unrecognisable in 5 years time. Let’s hope that there is room for everyone to co-exist but either way it’ll make for interesting watching in the coming months and years as these teams come apart at the seams and who knows, previously unthinkable company closures may well be on the horizon.