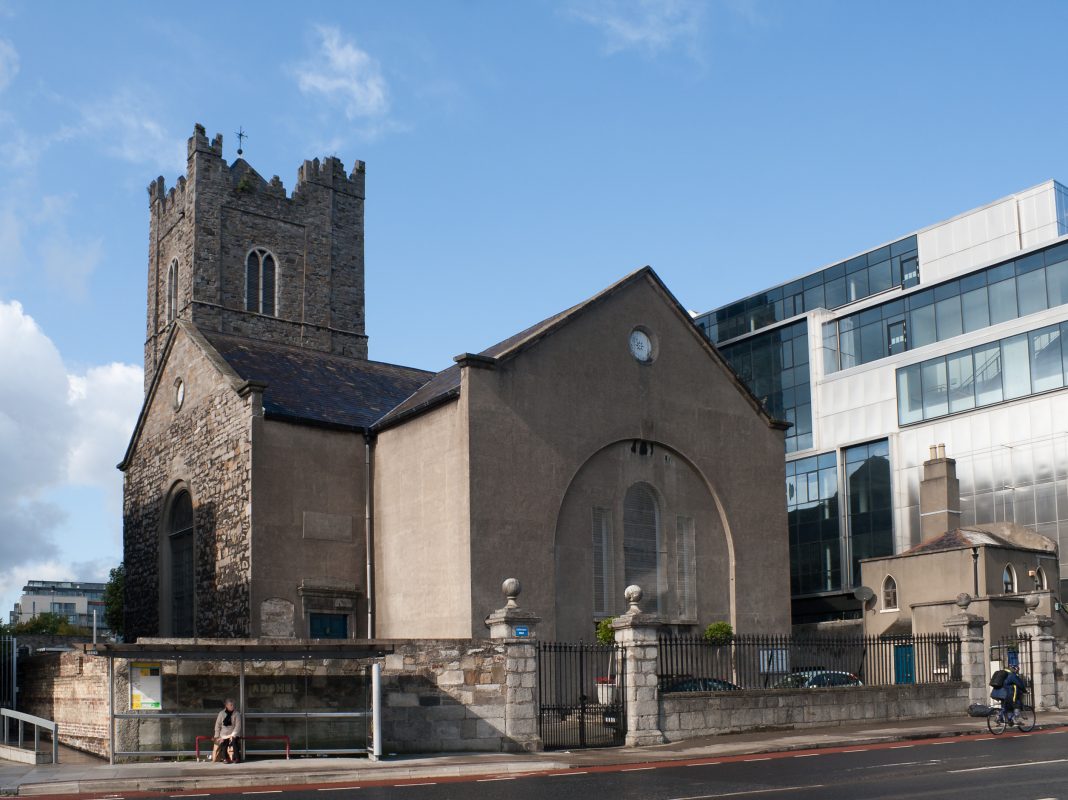 Founded by the Danes in 1095 St Michan’s Church, tucked away in Smithfield, is a building that has to be one of the most mythologised places in the city. Handel is said to have played his first performance of his ‘Messiah’ there, Bram Stoker is said to have visited and the remains of participants of the 1798 Rebellion are thought to be buried in the crypt below.

Happened upon one afternoon by the artist Clare Henderson it was the stuff of macabre dreams, though magical, none the less. “I’d just moved to Smithfield and was wandering along this cobbled street at the back of the brewery”, she begins, ‘I came to this quite high shale wall with a very narrow gap and a sign that says “St. Michan’s Church and Crypt” that opens out in to this beautiful, ramshackle graveyard with a washing line in it where the garden of a little box-like house creates an island amongst the graves’.

Believed to be the only church on the northside of the city until 1686, the courtroom–like wooden interior is wall to wall with strange artefacts including a skull to the right hand side of the altar that’s said to represent Oliver Cromwell. But it’s the crypt that captured Henderson’s imagination, “we wandered through the church and then we went in to the office where there was this tiny little handwritten sign that said ‘Crypt Tours: Five Euros’ but it turned out the tour wasn’t running for whatever reason but this guy offered to show us around. If I told you he had a touch of Stephen Rae about him, I wouldn’t be far off”, she recalls. “He was doing all of these voices and telling all these stories – it was really quite dramatic. He opened up this massive iron entrance down to this cold crypt and in to these small rooms that were choked with coffins; there were skeletons everywhere.’” The basement of the church is home to numerous mummified bodies, the most famous of which are a quartet composed of, “The Unknown”, a female about whom there is no information, “The Thief”, a body bereft of his hands, “The Crusader”, a giant with chopped off feet so he could fit into the coffin, and “The Nun” who Clare had the fortune to encounter. “The guide, probably the best guide I’d ever met, really encouraged us to touch the nun’s finger in a move that promised a lifetime of good luck, so next thing, that’s exactly what I’m doing, I’m rubbing the nun’s finger and it’s very brown and leathery and shiny from so many people rubbing it. It was a completely different patina to the rest of her hand, kind of like an old banister”, she shudders.

Bodies have been preserved in the crypt of St Michan’s Church for centuries, a result of the methane gas created by rotting vegetation beneath the church and the magnesium limestone of the building’s brickwork that creates a perfectly constant temperature. “It was magical for me; to have lived in a city for your whole life and discover something new, but not just that, it’s a building that’s really old that’s been there the whole time, hiding – it’s really exciting. I’ve tried to go back a few times but it’s never been open and that’s what I like about it, it’s very low-fi and very creepy’” as if it’s on an other-worldly timetable. As a printmaker whose work can tip into the spectral, did the impromptu encounter with the church impact on her work? ‘“Well” she finishes, “the ghosts are always there.”

Clare Henderson is an artist and print maker. She most recently exhibited at the 2017 RHA Annual Exhibition in Dublin where she won the Wilkinson award for Printmaker of Merit. A graduate of NCAD she has been a member of the Graphic Studio for over a decade and both teaches and exhibits widely.  She will participate in the forthcoming group show Inside Worlds at So Fine Art Editions that runs throughout July.