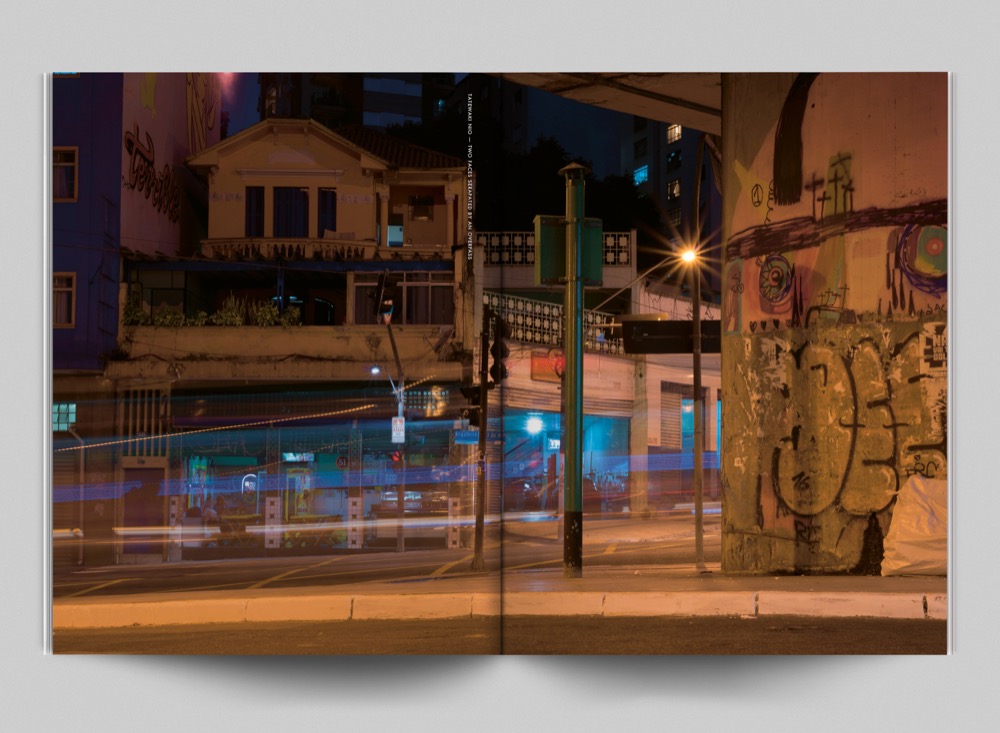 Flaneur Magazine presents one street per issue embracing a street’s complexity, layers and fragmented nature through a literary approach. Flaneur creates meaningful correlations among places, people and objects that aren’t necessarily related. It is produced on location with local artists. We speak with its founder and publisher Ricarda Messner and its editors-in-chief Grashina Gabelmann and Fabian Saul as well as Michelle Phillips from Studio Yukiko

“Flaneuring is about seeing the plurality of truths in the urban fabric that surrounds us.”

Why did you decide to establish Flaneur?

Ricarda: The idea for the concept to go with ‘one street per issue’ was a personal tool to reconnect with known territory. I was born in Berlin and spent most of my life there. There was a urge for me to find my own place within the city and to not be too overwhelmed or to avoid not knowing where to start, I started with something that was familiar to me, not knowing what would come out of it. Grashina and Fabian came up with the brilliant editorial framework around this very concrete concept, translating it into an unpredictable but still conceptual approach. So I guess, looking back, it wasn’t so much about the idea of making a magazine but more about establishing this ‘inner journey’ in an artistic, collaborative way that people can associate themselves with.

How do you go about selecting destinations and streets within them? What level of advance research do you undertake?

Grashina: We arrive in the chosen city oftentimes without knowing it at all. We might have one or two contacts but we basically start from the position of knowing nothing and no one and just walk. We mostly walk alone, sometimes we walk with locals who we meet somehow and listen to their stories. Mostly though we let our intuition guide us and the street choice is based on a certain feeling, a sense of curiosity we feel or something disturbing or unusual. Once we decide on the street, this can take two days or two weeks, we spend almost every day on the street.

Fabian: In collaboration with our contributors, we immerse ourselves into the place beyond what meets the eye and beyond the narratives of positivity that travel magazines perpetuate. We allow multi-voiced pieces that not always form one solid perspective but rather creating a fragmented narrative that does not confirm the exciting narratives but allows for contradiction. It is a very psychogeographic approach. The Flaneur is concerned with things that may soon vanish and thus he walks the line between being a melancholic nostalgic but also being able to project into the future and beyond the realm of the visible, an avant-garde figure. Flaneuring is about seeing the plurality of truths in the urban fabric that surrounds us. It is those dark sides flaneuring can lead us to and the plurality of truths that form the literary realm we see the magazine in. 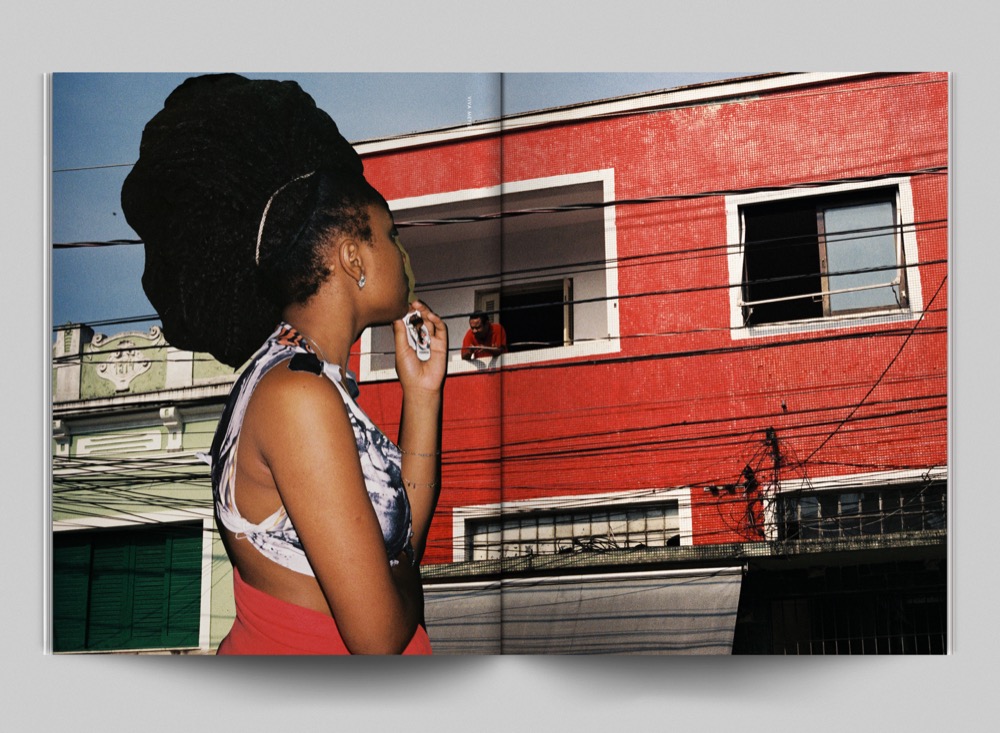 Grashina: Our contributors are chosen once we get to know the place and meet people. We like to call it a domino-effect where meeting one person will lead us to meeting three more etc. In Brazil we met 120 people during our time there but, of course, not everyone became a contributor. It’s an organic process where through spending time with people, trusting our intuition and having great dialogues/walks. A contributor may crystalize immediately or take weeks.

Can you give us an idea of the time and resources which is going into the forthcoming issue on Taipei which is out Summer 2019?

Grashina: In December 2017, we went on a two week research trip to Taipei which kickstarted our production for Issue 08. In the summer of 2018, we spent a total of three months living in Taipei as artists-in-residence at Treasure Hill Artist Village. In October 2018, we returned to Taipei for another 10 days to wrap up some meetings and to give a lecture at a university. We are working with an intern based in Taipei and a Taiwanese curator based in Berlin. We are working almost full time on the issue (and other projects) at Moabit’s ZKU (Zentrum fuer Kunst und Urbanistik) where we are artists-in-residence for the months of November and December. There we are working, on top of the five core members of Flaneur, with a relatively newly hired Project Manager and an intern.

Once the content of the issue will be delivered in February 2019 we will begin to work with a Chinese translator and editor as most of the writing will be submitted in Mandarin. In the Spring the design phase will begin for which we will have to work with a Chinese speaking designer to support us with laying out the Chinese texts. Then we are planning to put on a week-long Flaneur festival in Taipei to celebrate the launch of the issue and a weekend-long festival in Berlin some weeks later. The planning for this will begin around the time the issue has been sent to print.

Your design considerations for each issue draw upon location. What are the constants and variables in this regard?

Michelle: As every issue is so location specific, the constants are few and the variables are many. Every issue looks and feels completely different because we treat the design as a direct response to our experience of the location. However, the way in which we approach each street and the design when we come to putting the issue together are the same. Because we are visiting someone else’s culture and neighbourhood and effectively sometimes walking into close-knit communities, we have to be really sensitive in how we approach it. We try to be as open as possible and spend as much of our time there looking, listening, researching and learning. 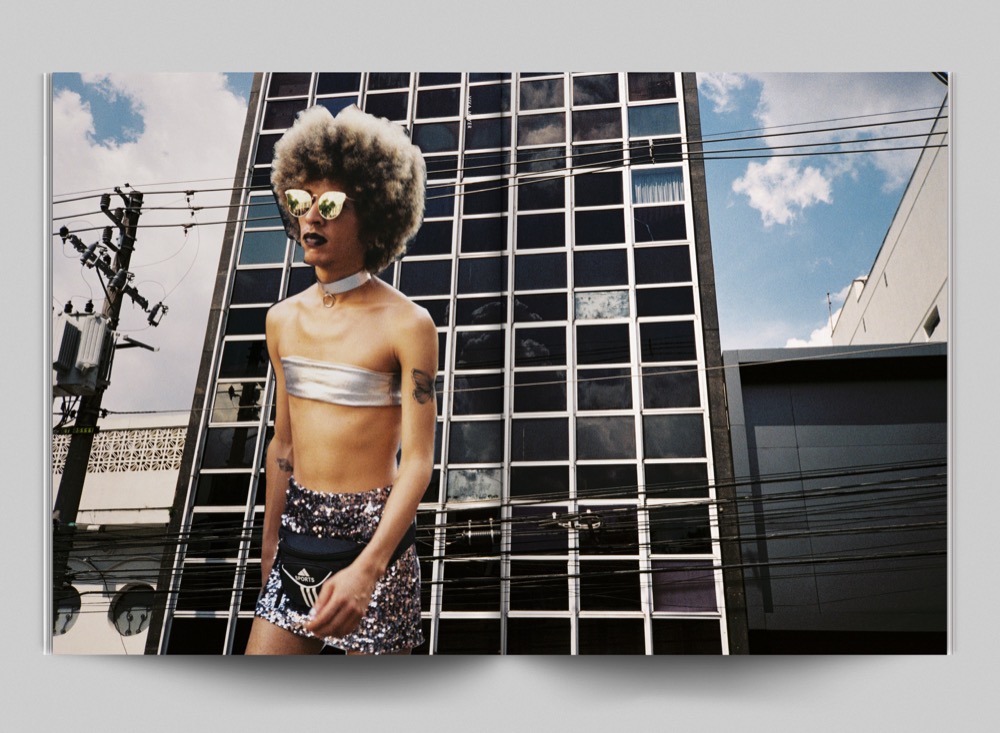 Much of the design has an over-arching feeling that we developed in response to Treze de Maio and São Paulo that took quite a literal approach of ‘fragments of a street’. We gathered all the ephemera, we collected photo documentation grouping them into visual moods and ideas, looking closely at the typography, design, colour, architecture and think about how we can develop our findings into a sort of identity for the issue.

That’s how our more fluid visual and editorial structure for this issue came about. Some of the pieces seem to run seamlessly into the next with no warning or intersect each other. We deconstructed all the usual navigational elements of a magazine and had to find a new way to guide our readers through. We had effectively one large narrative that evokes the feeling of the street instead of a tidy concrete collection of works.

How important is the translation of issues? For example, you translated Treze De Maio in São Paulo within the magazine but didn’t do so when looking at Boulevard Ring in Moscow? Is this down to resources or demand?

Grashina: For us the translation is extremely important as we want the content to be accessible and we want to be respectful towards the place we have spent two months in. Also, a lot of the content we receive is written in the local language of the artists so actually the English is often the outcome of a translation. Resources or demand didn’t play a role in our decision to translate the Portuguese within the magazine as opposed to having the booklet with texts in the local language as in all previous issues. It was a conceptual decision. The São Paulo issue was an attempt to display the interconnectivity we experience while working very intensely on site and during the many editorial discussions we had while putting the issue together. The move to place the Portuguese next to the English was one idea we came up with that would help to make this conceptual change.

You’ve received support from the Goethe Institut and incorporate a few other advertisers into each issue? How selective, or open, are you to the idea of carrying advertising? Are there innovations within this field given the nature of your material which have been explored yet? 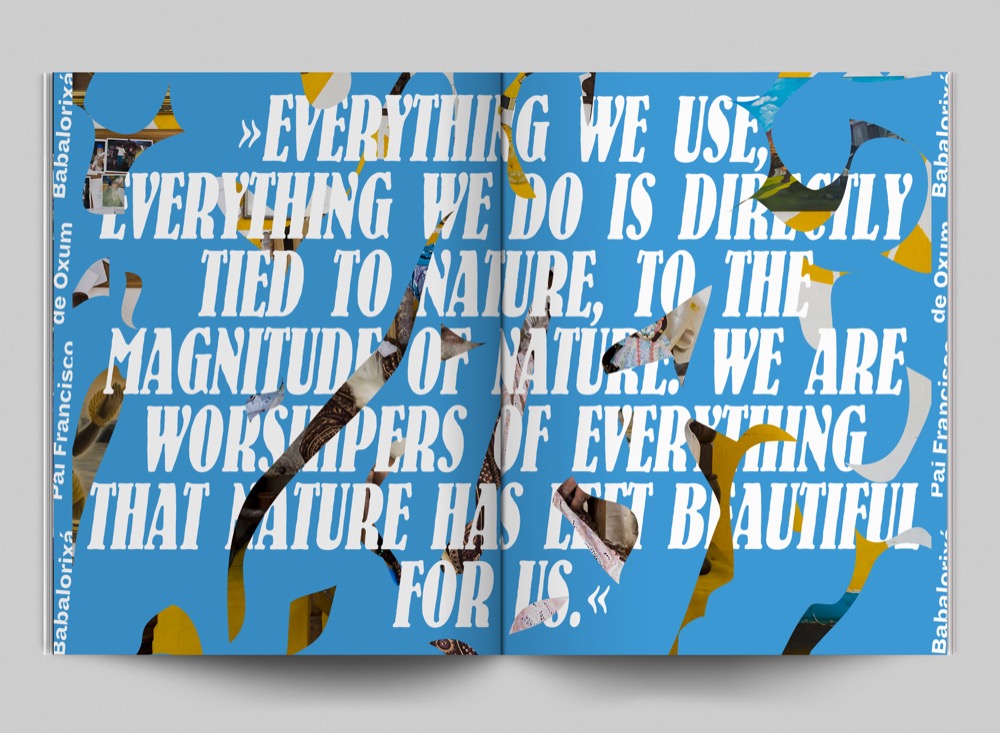 Ricarda: Well, we’ve had some great support through classic advertisement which is pretty rare these days. Usually there are always cross-media offers you give brands today, whether it’s an editorial link or including social media channels. Since we never approached the magazine in this commercial way, the only thing we sell is a single page or a double spread. I tried to establish somewhat of a narrative with the advertisement in the back of the magazine, a mix of cultural local institutions or commercial brands that get the work we do. For example, in the year of the ‘Flaneur Forever’ campaign by Hermès we offered them the back cover because it worked so perfectly. So there is definitely a certain selectivity, which I think goes both ways.

What have you discovered are the essentials in making a street a vibrant place for culture and discourse? Are there any innovations you have noticed which could aid this?
Grashina: I’m not sure if we have come up with a formula for this as we don’t choose streets that are necessarily vibrant for culture nor do we try to transform a street that isn’t (which is also a very subjective assessment to make). But I guess if I reflect upon the experiences we have had on various streets then it is communication that seems to play an essential role – and that isn’t a very mind blowing answer, I know. But if artists are able to engage in a dialogue with locals, if young and old can find a common ground, if minority groups have a place to express themselves and are listened to and if just a general about of mingling can occur then that seems to help promote a healthy environment.

Do you continue relationships you build with the people in the respective cities. How does this manifest itself? 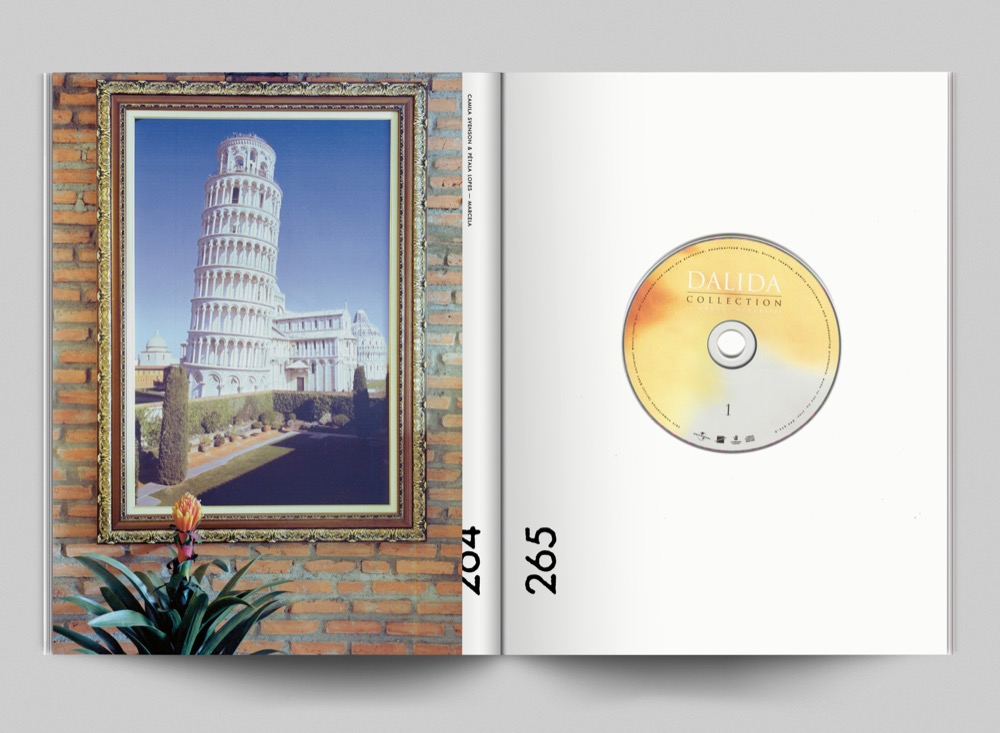 Grashina: Yes, we definitely do. We form very close ties to our contributors as we spend so much time together. Some become very close friends or even house mates. Some contributors remain collaborators for non-Flaneur related projects as a working relationship has been formed that can easily be built upon. We have returned to the cities to do other projects or I even went to live in Athens for six months three years after producing the issue because I had such close ties to the street we chose and the people on it. As we spend so much time on site the line between Flaneur being a project and just our life becomes very blurred.

What defines a true flaneur of their time?
Grashina: Perhaps it’s someone who is continuously able to come up with unique methodologies to read their cityscapes and someone who is able to merge the skill of adapting to their environment with the skill of remaining an engaged and attentive outsider.

You can purchase the back catalogue of issues at flaneur-magazine.com €15-€18