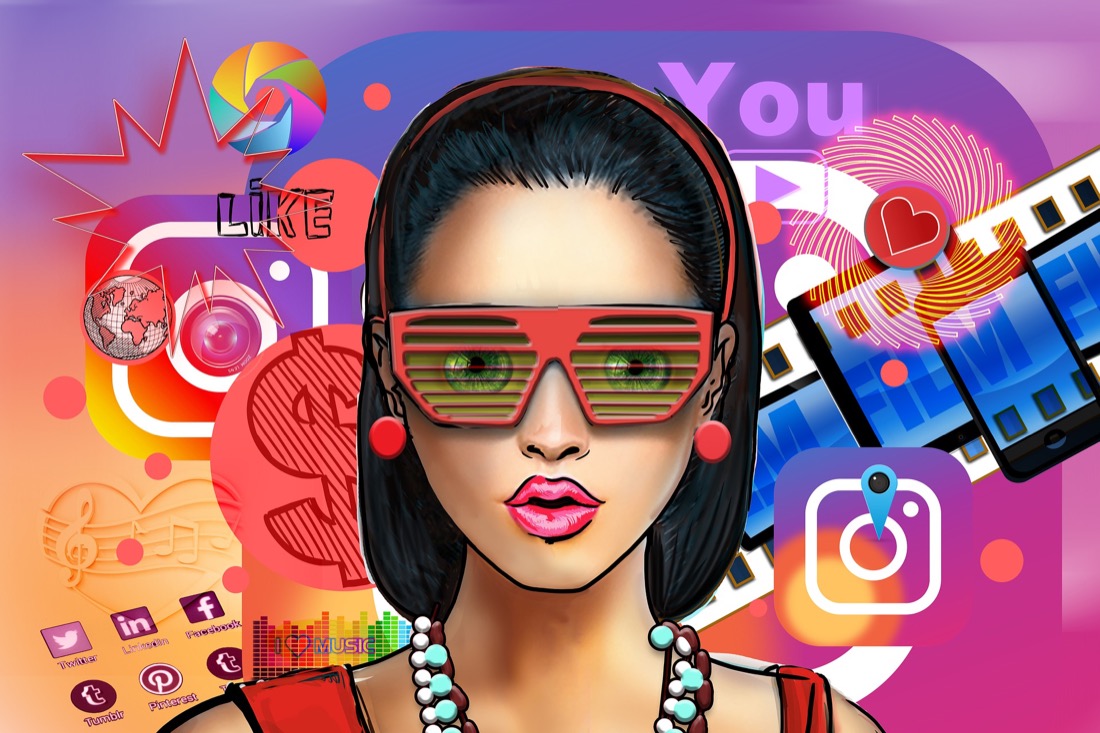 It is truly undeniable that due to technology we have a lot of great inventions in the 21st century. Technology has unraveled multiple paths and possibilities that were unthinkable just a few years ago. We live in a time where spending a certain amount of time and energy in becoming a famous Instagram influencer can be a legitimate way of income and a regular job.

It’s a lot harder than it sounds and like any other job, there is a certain amount of skills and calculations that go into it.

What any job and Instagram influencer have in common are three basic things: Time, money and the nerves.  There’s a lot of time, energy, and money that goes into trying to make a real living out of being an influencer.

The greatest thing about Instagram is that there is a big diversity in jobs thus choosing the right niche is much easier. One of the most famous niches on this platform is lifestyle content.

There are a lot of people who got famous on Instagram by showcasing their lifestyle. In most cases that lifestyle is very luxurious filled with expensive cars, houses, and extravagant locations for vacation. Therefore, it is assumed that they come from already wealthy families. However, “lifestyle” can be a really broad term, so you’ll find some really unexpected influencers out there, like those playing Irish casino online games such as slots, or table games for example.

But, it could all be a facade. Ironically, this includes travel influencers that visit countries that are not expensive, or even renting landed planes just so they can take a few photos inside and pretend like they’re traveling somewhere in private jets.

All humans enjoy lavish and luxurious things in life so it is very understandable why people with such lifestyles are followed by millions. It’s very nice to see that, and at worst, by following these pages, you somehow in some capacity manifest the same for yourself.

More a Trade than an Art

There is a big misconception that an influencer’s job is to look pretty in front of the camera and that there is nothing more to it. It’s very normal that the audience often judges influencers because they only see the final product and not the bigger picture and what is actually behind the image… closed shutters if you will.

Although being an influencer contains a certain amount of art and creativity, it also implies a lot of craft. The easiest part of the job is actually posting a picture or video but that is far from being the only part.

Reading and answering emails, carefully choosing the brand for collaboration, engaging with the audience, dealing with all kinds of criticism is only a small percentage of things that are in the description of this job.

While it’s in our nature to be judgy to a certain extent, there is a big difference between being unwittingly judgmental and purposely disgracing someone’s job out of vanity. And, there is a fine line between these two actions.

We are all familiar with the terms personal trainer and fitness instructor. Well, there are a lot of fitness models and instructors on Instagram. One of the most followed and influential people on Instagram besides celebrities are fitness influencers.

There are a lot of inspiring people that lost a significant amount of weight and they decided to show their journey and educate and hopefully help others around the world.

Although there are some authentic fitness influencers there are also a lot of fake people who sold out for a bit of money by promoting vitamins, tees, and whatnot for weight loss that is totally fake and doesn’t work.

Always be careful and do your research before you take life advice from Instagram influencers or anyone else online.

While fame and all kinds of advantages and power that come with being an Instagram influencer or well-known person in general sounds very nice and tempting, the job itself is not for everyone.

To be a successful person in the spotlight you have to be very thick-skinned. You must be the person who doesn’t get bothered by insults, you must also be prepared for criticism and be able to admit when you’re wrong. You should be very careful because it is very easy to get your head stuck in the clouds.

Also, you must come to terms that you are in some way a role model to many so you have to be careful what you say and do. And, you will no longer know private life as such because people and the media would want to know every little detail about you.

These are some of the prices you have to pay when you are famous, and it’s entirely up to you to weigh well if you are actually ready and capable for it.