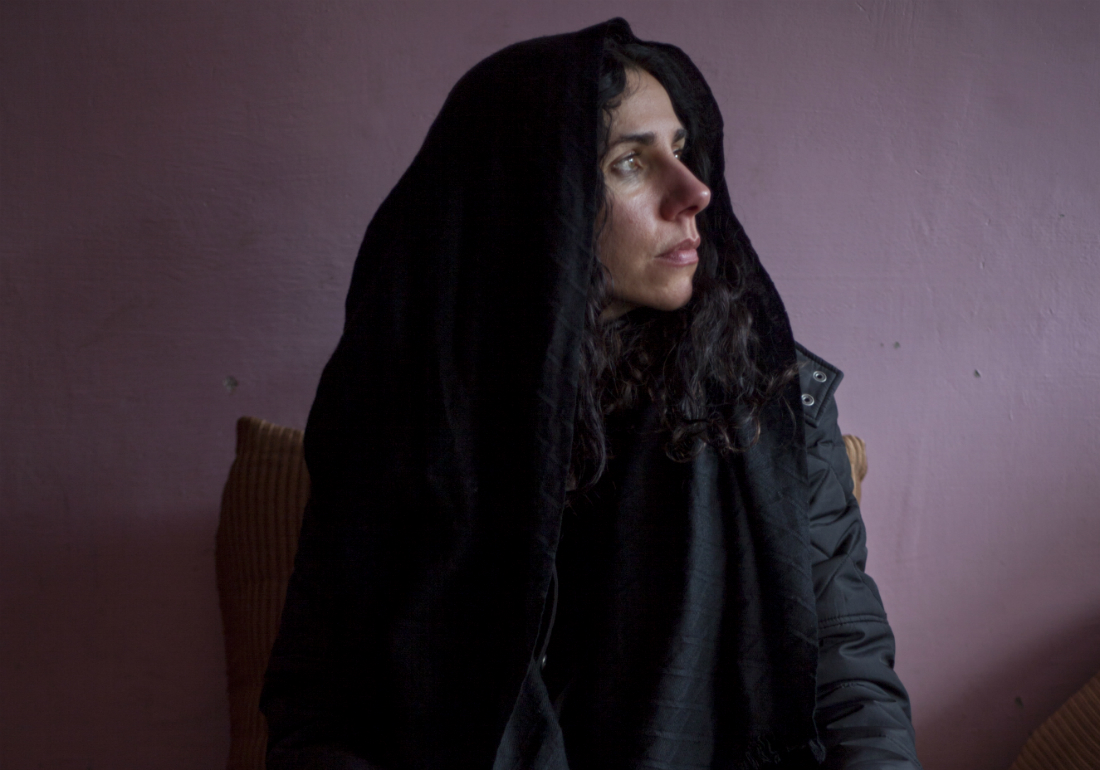 “I was in Afghanistan twice in 2012 on another project and towards the end of my second trip I offered Polly to join me. She thought about it for a while, and despite fears and uncertainty she decided she would.

We spent a week there together. I knew the things that interested me, as a photographer and frequent visitor to Afghanistan, would also work for her, so I didn’t have to do much different to make her feel comfortable.

On the last day we drove out to the Panjshir Valley, a breathtakingly place beautiful place with a history of Mujahideen resistance against the Soviets and the Taliban. It was freezing in this graveyard of war machinery, and Polly’s nose was running.

You can see an entry in her notebook towards the end of the film where she draws an arrow to a damp smudge on her book, with the note “dripping nose, so cold.” The teahouse is en route from Kabul to the Panjshir.”