Home from Home: Nacho on Suipacha 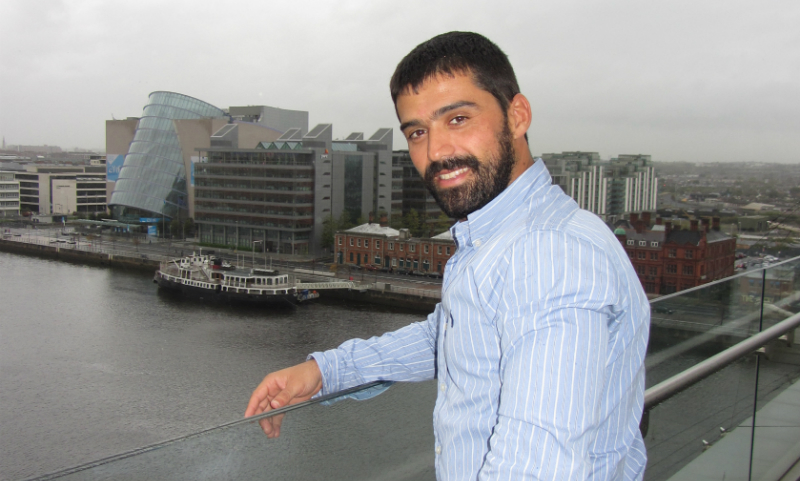 Each month in Home from Home we ask someone to compare Dublin with another city in which they have lived. Sometimes they are Irish who have lived (or are still living) abroad, sometimes they are expatriates in Dublin. This month we spoke with Nacho, who comes from Suipacha in the Buenos Aires Province in Argentina. He met his wife on what turned out to be his last visit to Ireland, but he was already aware of some of the culture from the Irish diaspora in his hometown.

How did you come to be in Ireland?

At the time, I had a girlfriend from my hometown; her grandparents were Irish, and we came together to Dublin to visit friends and work for three months. That was in 2005. I took a job as a bartender and at the time I didn’t speak any English and my work and life were pretty crazy then. Two years later, I came back again for three more months, and then three months later I came back again on my own. It was a lot of travelling, but Dublin always appealed to me. After seven months, I was about to leave Ireland, was looking for tickets to leave when I suddenly met the one who is my wife today. And that was it; I stayed. I am in love with Dublin, the culture, their warmth, everything.

Do you find any particular similarities between Dublin and your hometown?

One big one: the people. There were so many Irish immigrants that moved to Suipacha that being here, people just look like Argentinians and in Suipacha, people look Irish! They have a significant Irish culture in my town; In the past they will even marry between them to keep their culture. Is funny because of course now the second and third generation speak Spanish, the have the asado *[Argentine barbecue]*, the mate drink, they are Argentinians only with a very Irish look. It’s great to see!

What custom from Suipacha you wish Dublin had?

I think something I miss is the house reunions. I’m very into welcoming people into my house. In Suichapa, and the whole of Argentina, we are more accustomed to have house parties or dinners. Here it feels more like meetings happen more often in a pub that in somebody’s house.

Is Dublin your final home?

Yes and no. I am happy here now but I would love one day to be able to go back to Argentina. At the moment the situation is not right over there and I do feel home here but I can’t deny that if the country improves, me and my wife would want to go back. Right now, though, I’m pretty good and I’m at home!