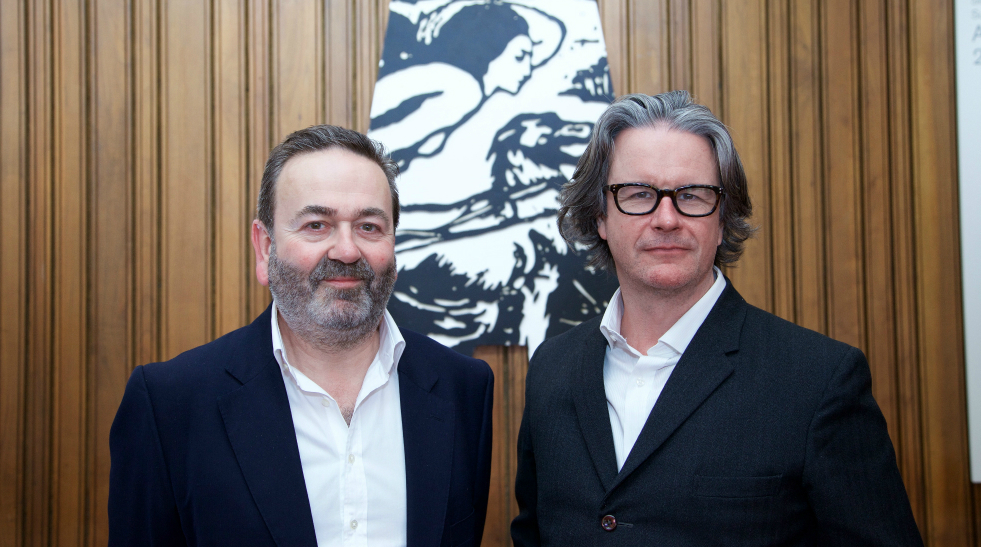 Neil Murray and Graham McLaren, commenced their role as the new Directors of the Abbey Theatre in July 2016, and are currently rolling out their debut season of programming under the title: ‘What happens next is this..’ They recently spoke in the Science Gallery as part of the First Up series of talks with creative entrepreneurs. Here are some edited extracts on their vision for the national theatre.

Neil: “This theatre occupies a hugely important place in world theatre, particularly Irish culture and indeed Irish life. But it had slightly dropped off my radar and it was interesting to re-ignite that and see what’s happening at the Abbey. Is there a different way to do things at the Abbey? Is the Abbey ready for change? Does the Abbey want to change? Those were the questions.”

Graham: “You don’t set out to run a national theatre. We’re here kind of by accident. Also in Ireland as well by accident…Running a company you start to realise that your ideas and your values are all you have. That’s what you’re selling really. And the values being what kind of work you want to make and why you want to make it.”

Graham: “The history and legacy of theatre and playwriting in Ireland is enormous. How does one respect that without revering it so much that it constrains you? How can we make the Abbey believe that its best days are ahead of it rather than behind it? How do we harness that? How radical was playboy and all those great plays? But also what was absent? Where were the women? What happened to that part of the story? How do we make that the new story? How do we reflect an Ireland that looks completely different to the Abbey’s glory days.” 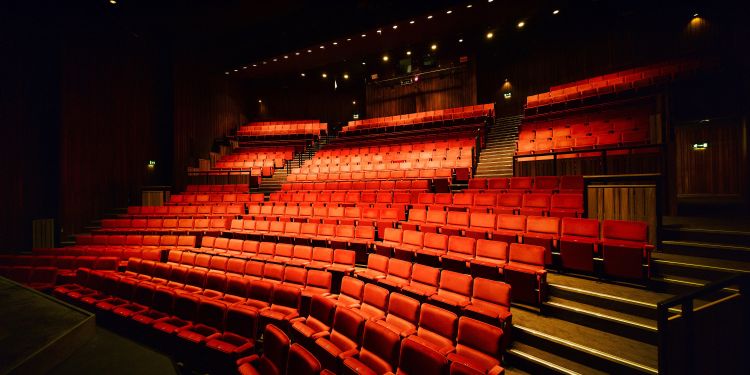 Neil: “There was a sense when we got here. People would say things like the sector gets €12m and the Abbey gets €6m of that €12m. And you’d go: ‘Well this is brilliant, we all have €12m’’. If you take that as an approach and say ‘Shall we collaborate?’. You have ideas and aspirations how can we help? Can we support? Can we co-produce? Can we invite you in and work with you? Or you have a brilliant show that’s hardly been seen and you can’t afford to do that so how can we help you do that, how can we get it back on its feet and give it another life.”

Graham: “Each relationship should be bespoke. What was happening was the programme shape was defining the choices of plays. The Abbey was starting to ask questions of the artists. Does it have 13 actors and can it run for 6 weeks? That was prohibiting this kind of bespoke work.”

Neil: “Which kinda rules out Enda Walsh for example. So then you can go; ‘Why has Enda Walsh never been on main stage of the Abbey theatre?’ Because Enda’s work is very particular and very brilliant. But it doesn’t fit the model. Nor does (Dublin by) Lamplight or The Train. So it really was about inviting people in with no specific plan. What we hope is it’s not just ‘somebody’s made a brilliant show, put it on the Abbey’’, we’re not just going to be a receiving house.

The Abbey does get €6m but a lot of that €6m gets swallowed up running that building. So we want to make the most we can of that money and also bring that drawbridge up a bit and open it up to those really great artists like Enda, Annie Ryan, Lynn Parker who’ve had very limited access to the Abbey stage.

Arlington may have come to Dublin at some point but we were able to make that happen much quicker. By financing it and having a relationship with the company producing it that feels much more collaborative. That’s key to what we’re doing. Alongside that Druid came back to the main stage of The Abbey for the first time for a very long time with their brilliant production.” 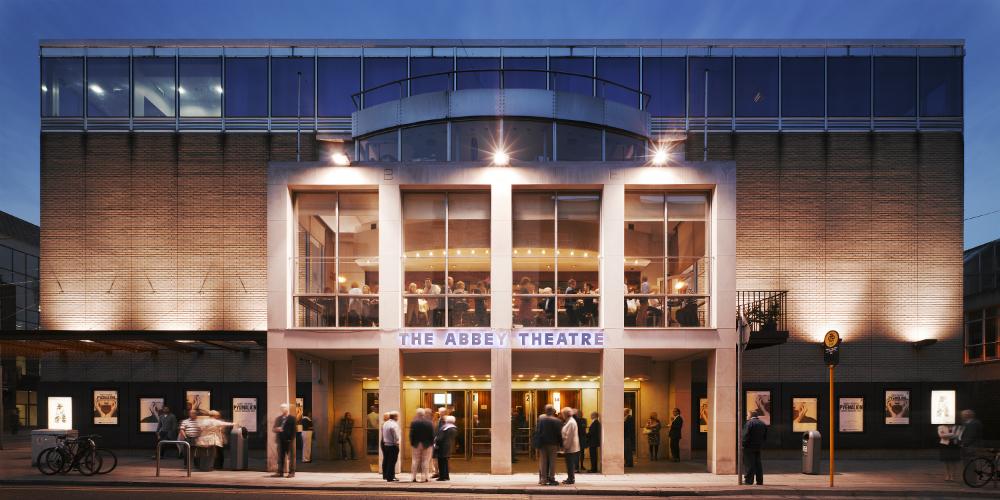 “But also in doing that gave time to work on what we were going to do in terms of the Abbey’s own work. A lot of the work we’re doing for the first year is using existing materials, it comes from films or books. It won’t always be that. That was just coincidental.

We’re doing our own work on the Abbey Stage. And also animating the Peacock which I know has been a real frustration for a lot of people. It seems to limp between being closed and being open. We really wanted to get to a place where we could have it running the whole year round. So from the end of this month (March) The Peacock will run right through the year with self-produced, co-produced and presented work. And the model will always be a bit of all of those things because I think that’s what audiences want and that’s what a national theatre should be presenting.”

On being a national theatre

Graham: “Often when you go to an organisation there’s a kind of rule book that no one’s quite written down, but it kind of is there about what we do. It’s all allowed. It is okay.

For instance, we were at Neil’s kitchen table when we were going up for the job and we were asking what were the things we could do? And we said: ‘It’s Ireland, we should do a show in pubs. That’s a big open goal right there. But also at the heart of that is the social and political belief structure. We really mean it when we say if our production of Roddy Doyle’s Two Pints goes on to be a commercial success – meh!’ The important thing is that it’s out there in tiny village pubs where your mum and dad go and say: ‘I saw that in my boozer and they did it here first. They did it for us. That’s our national theatre.” 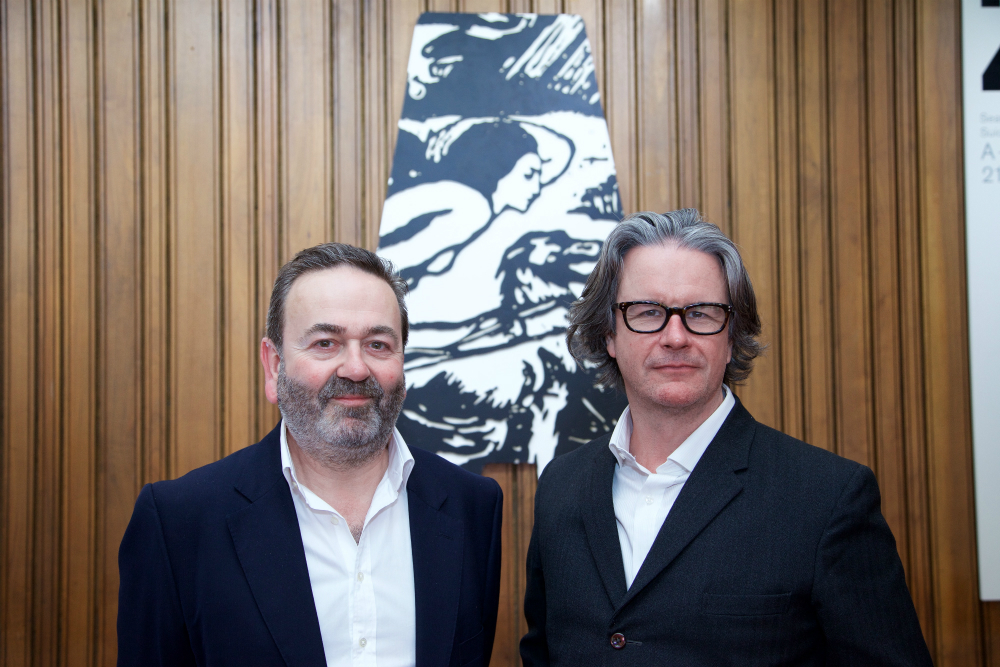 “It’s the same when we do Jimmy’s Hall. Jimmy’s Hall is about a farmer who opens a community hall in Leitrim. To not do it in a community hall in Leitrim in some shape of form seems wrong. And the 19th century model would say: ‘Oh well we’ll do it in Dublin and put on a matinee so they can get down from Leitrim and back’’. No! If you’re a National Theatre you have to be truly national.”

Neil: “Yes. Genuinely our ambition would be to have a new play on the stage in 2018 just for a start. And there’s new work in The Peacock but I think we have to get away from that fear of new plays on the main stage of The Abbey. It’s got an extraordinary story and an extraordinary legacy but The Abbey is less than a 500 seat theatre. It’s not the Royal Albert Hall. It’s a middle scale theatre. If you can’t sustain a new play on a 500 seat stage of the national theatre for four or five weeks we’re doing something seriously wrong and we have to address that.”

On the Abbey vs the Peacock 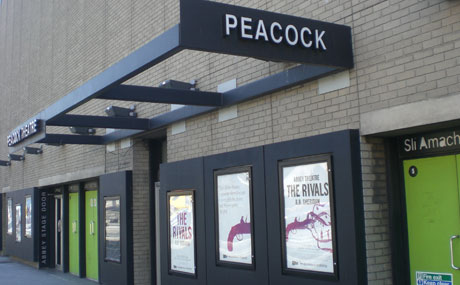 Graham: “It’s not just about writers, it’s about ideas. If you are an artist and a theatre maker whether a choreographer or a dramaturge or an actor and you have an idea for a show. We to be porous enough and responsive enough to be able to take those ideas. And that’s how we did it at National Theatre of Scotland. It is not to the exclusion of the writers. There are many artists who say ‘I have a great idea for a show, I’m not a writer’. And you say: ‘Okay do you have a writer in mind? Can we put together a team to create the work?’. And that is a valid and valuable way of making alongside the more traditional writing programmes which we have of course.

It’s our job to create the environment where those impossible encounters can happen. And it’s about both the programme and the environment. That’s the key thing. The Abbey shouldn’t feel like an intimidating place to come.”

The First Up series of talks continues until May. Further programme details at: dublin.sciencegallery.com/events