A Bit Of A Needle: Mairéad Wall 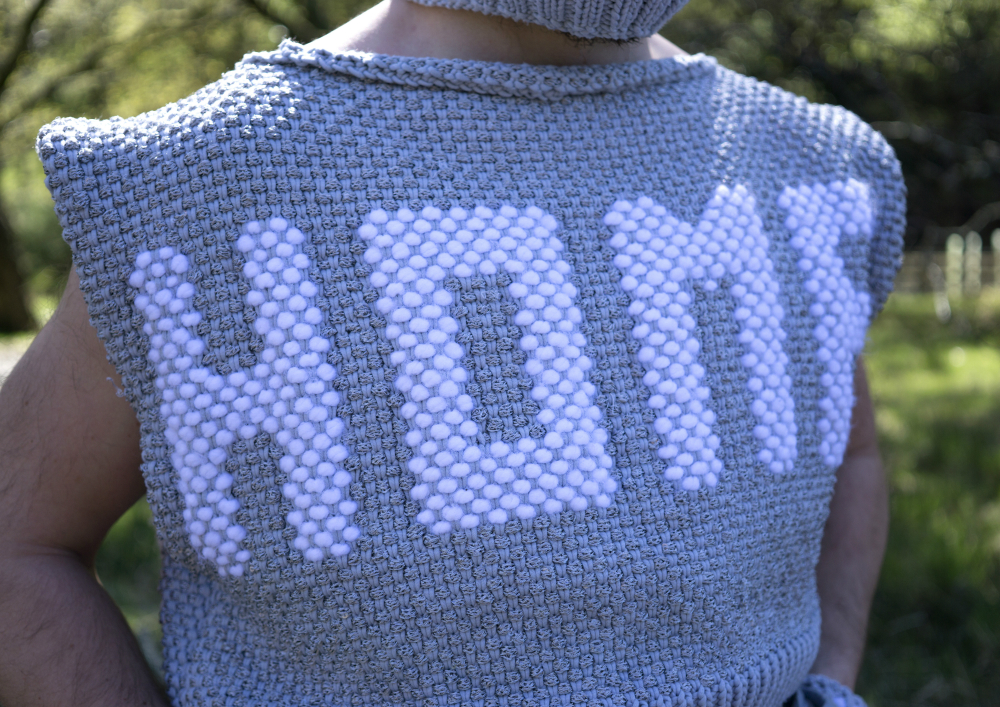 A recent graduate from NCAD, Mairéad Wall is another designer who like Liadain Aiken  is served by textures and tribes. Wall, who completed her studies of Textiles and Embroidery with a 1st Class Honours earlier in the year, also has knitwear woven into her family tree.

With her mother a former bridal gown designer and her grandmother the supplier of handmade clothing to each of her 11 children – woollen shorts and all – that Wall studied Textiles and Embroidery was no big surprise to anyone. Her work with wool, however, was a little bewildering, even to Wall herself.

“I hated knitting in school,” recalls the young designer. “I don’t think I even finished my first hairband, my Mam did it for me!” An arguably redundant practice pushed on (predominantly) female students from eight years up, knitting was once part and parcel of primary school life in Ireland. Some take to it and some, like Mairéad Wall, don’t. Her change of heart was less to do with the skill itself but more about the love of making.

“That’s how I ended up in knitwear, [from] that yearning to create. There is something so satisfying about making something from scratch, being able to take a ball of yarn and construct something within just a few days.” Though considered a fashion designer, Wall states that her own practice falls somewhere between fashion design and art, and adds that there is more of a craft edge to it. “Being in between practices you are almost spoilt. I pull inspiration from all different factors and cultivate my own way of doing things”. 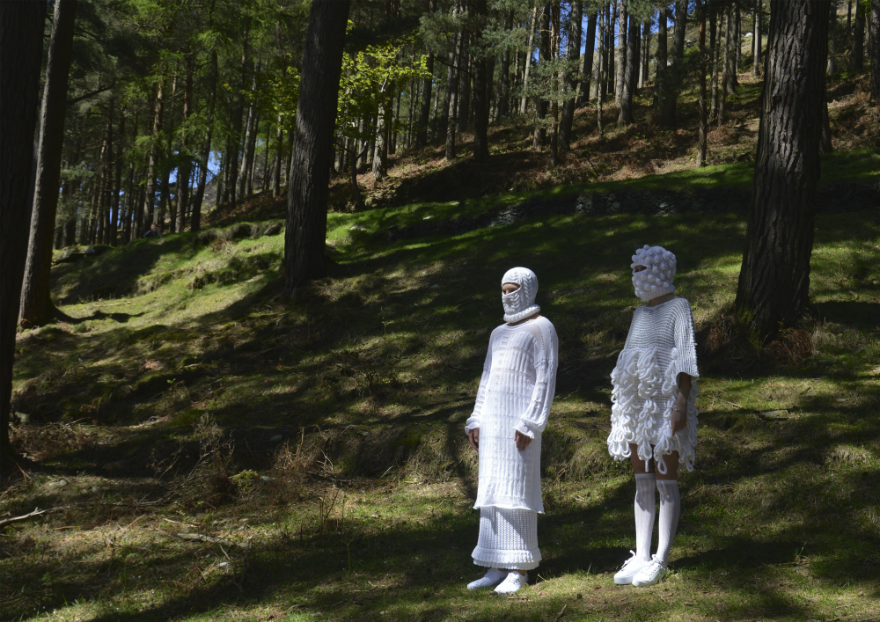 And follow her own way she does. Her graduate collection was notable not only for being unisex, but also for its striking woolen balaclavas. Wall tells us a little bit of the backstory to it: “My tutor initially wanted me to do a menswear collection, which I wasn’t ecstatic about. But knitwear lends itself naturally to unisex fashion, so I was able to cultivate something more me.”

“Unisex clothing hasn’t really taken off in Ireland yet. We’re yet to produce too many Irish designers who have explored it,” says Wall, but she still feels that it’s a direction that her work will veer towards.

Hoping to be a pioneer in the practice, Wall says that, “fashion at the moment seems to be really feminine, very structured and tailored. Not like my collection at all”. Full of ski masks and knots in neutral colours and neutral genders, Mairéad Wall’s collection is certainly not like that. “I definitely like to keep a uniqueness to my pieces”.

The collection is also identifiably Irish, with fisherman knots, basketry and weaving all visible themes and techniques seen across Wall’s work. “From the outset when designing my graduate collection, I wanted to create Irish knitwear that was contemporary. Knitwear is so ingrained in our country’s heritage, I wanted to connect with that.” Looking at the background of knitting and craft, Wall strived to incorporate these things into her garments and thus transport them into contemporary design.

Another nod to the past is Wall’s craftsmanship. “I love to make things by hand, being hands-on with the material”. A craftswoman at heart, Wall admits she usually doesn’t know the finished product will be when she begins creating. “Everything starts off with one technique, 30 samples with different materials, different patterns and different colours, all before I find the right one”. Though an undeniably lengthy process, it has turned out to be more than advantageous for Wall. 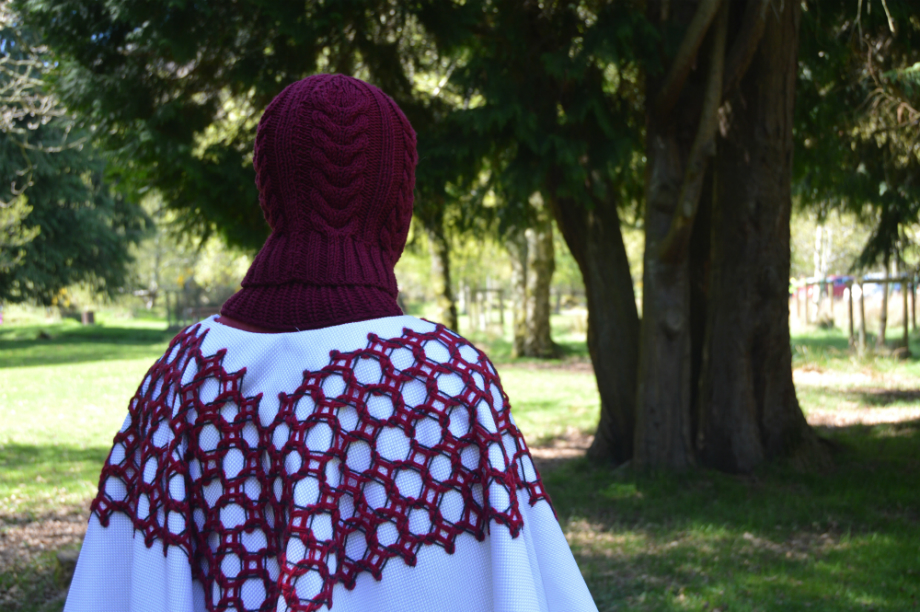 Without an end product in mind, the young designer gives herself a lot of scope for versatility. “Doing it this way I have breathing room, I can go beyond fashion and into other projects such as interiors and art.” Looking beyond fashion, Wall realised that the 30-plus samples she had worked so hard to create were being put to waste. “I realised that by altering them slightly they became art pieces and wall hangings and so I started selling them online. For me it was a great way to make a finished product and showcase my skills, all while still working on a collection.”

The blurring of creative lines paid off and, earlier in the year, Wall was commissioned by Kerry Gold Butter to create a 60cm x 140cm textile art piece made on a domestic knitting machine. The vision of green represents the 300,000 kilometres of hedgerows in Ireland. “It was something I never would have conceived of doing myself beforehand, that’s why enjoyed it so much. It was the first time I ever actually had an endgame when I came to creating.”

And the actual endgame? Wall says she’d like to end up in fashion, but at 22 and newly graduated, the end is definitely not nigh.

You can see more of Mairéad Wall’s work at www.maireadwall.com